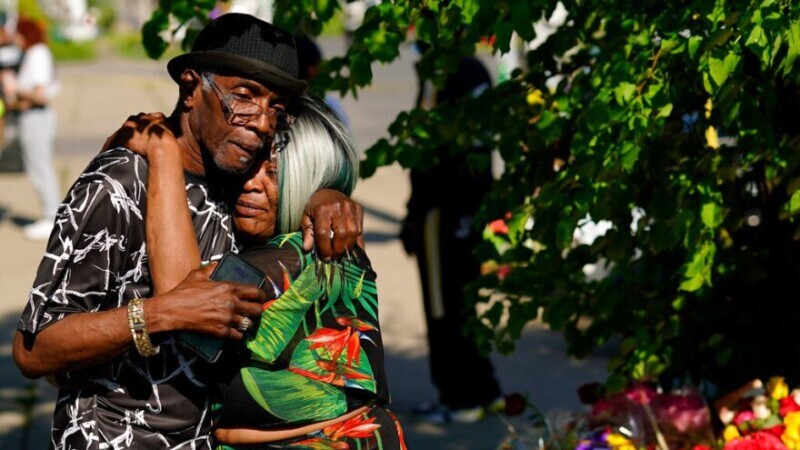 Opinion: Symptoms of a broken system

Imagine for a moment it’s a Sunday afternoon. You’ve just left church or brunch or finished a morning run or swim at the beach, and you need to stop at the grocery store to get some essential items. Perhaps those include baby formula, which both you and the store are running low on, and other household needs. Running through your mind is a to-do list for the rest of the day as you prepare to wind down the weekend and rev up the work week.

You meander the aisles, stuff your cart and slowly make your way back to the checkout line, when you hear a loud pop. Smoke overtakes your nostrils. Screams pierce your eardrums. And just like that…you’re in the middle of a mass shooting.

What happened in Buffalo on May 14th and the crisis facing parents in desperate need of baby formula are just two symptoms of a broken system. That system being the democratic republic that is supposed to govern and protect the U.S. and its citizens.

There have been many think pieces on why mass shootings persist and why right-wing white supremacists continue to extol their worst virtues upon Black people in racialized terror that’s persisted since the 17th Century. Parallel to these are even more think pieces, op-eds, and tweets from ill-informed celebrities — hey, Bette Midler — about what parents should do to feed their babies.

As a breast-feeding Black mother who was raised in an all Black neighborhood whose nearest grocery store was a Save A Lot, it is only by fortune, luck, circumstance and God’s grace that I have not lost my own life to gun violence and that I am able to continue to nurse my daughter.

We wonder why mass shootings keep happening, why gun violence is on the rise — nationwide,  but especially in low-income, minority, and marginalized communities — and why Black boys and men make up the majority of the victims, when we’ve sent our heartfelt thoughts and prayers.

What happened to those condolences? Why didn’t they work after Columbine? After Virginia Tech? After Northern Illinois? Sandy Hook? Pulse? Parkland? Mother Emanuel?

Guns run rampant through this country. Many are purchased legally. In the eyes of many, the Second Amendment trumps all other rights, even though the right to bear arms is directly tied to the right of the people to form a militia. You know, the last time a militia organized, they attacked the Capitol of the U.S., threatened to lynch the vice president and sitting members of Congress, and carried the Confederate battle flag through its hallowed halls.

Our country refuses to implement “common sense gun reforms” that have been proposed only to plateau after every mass shooting and targeted act of heinous gun violence against Black people, against children, against the LGBTQ+ community, and even members of Congress. Both Democrats and Republicans have been shot and injured (Gabrielle Giffords and Steve Scalise most memorably), but still no movement on guns.

Similarly, it has been three months since Abbott Labs closed its baby formula plant in Sturgis, Michigan. Three months that one of the four major formula makers in the U.S., which, all told, make 90% of the formula in the country, has been completely offline. Three months that supplies have been decreasing to such critical levels that price gouging has ensued, folks are trying to beg, borrow, or steal their way into some formula supply, or find a way to smuggle it in from overseas. Three months, and yet the Defense Production Act was just invoked days ago to help relieve the shortage that could lead to thousands if not millions of babies to starve.

And no, breastfeeding is not the answer.

As a breastfeeding mom, I’m a tell you right now, 1. It is not easy and 2. It is a privilege. If your baby doesn’t latch, if your nipples are inverted, if your milk supply is low, if you develop mastitis because your milk supply is too high, if you have to use a nipple shield, if you have to go back to work immediately after delivery and have no place to pump, if you can’t afford a pump, if your high stress levels reduce your milk supply, if for 1,001 other reasons including “I just don’t want to breastfeed,” you will find yourself in the grocery store reaching for the nearest can of powdered milk.

Parents should not be shamed for their choices, just as victims should not be blamed for the harm done to them unto death. But here we are assessing what happened in East Buffalo, wondering why was it such an “easy” target, why was it in a state of disrepair, why was everyone in the neighborhood at this one grocery store like sitting ducks, without ever questioning why does our government continue to fail the people it is sworn to protect against any threats foreign AND domestic.

As long as power is proffered before people we will continue to see the decline of democracy, of civility, of government and of humanity. As a nation we are cosigning a demise worse than death. We are witnessing depravity.

Understand the symptoms. Treat the system. And maybe a better America, the best of us, can be saved.

Nikesha Elise Williams Opinion: First us, then you