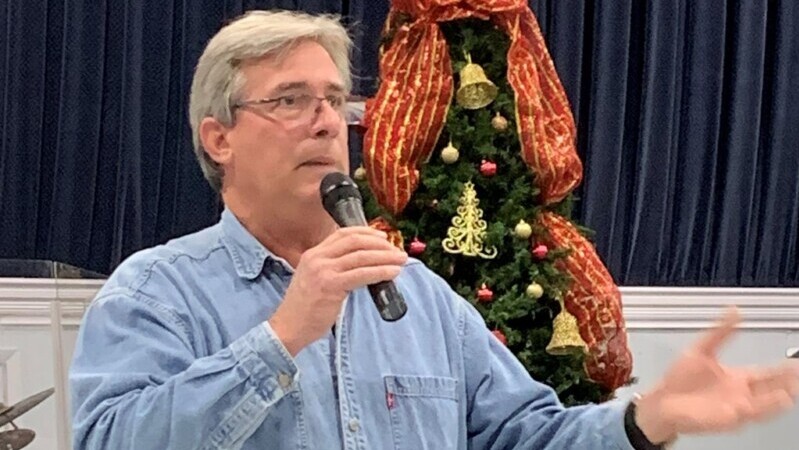 Al Ferraro knows how to read a room. People should finally realize that much and give him the credit he’s due.

Throughout his entire political career, he’s been underestimated.

In 2015, the Jacksonville Chamber of Commerce endorsed Democrat Lisa King over him in the District 2 race. King was running as a Gwen Graham-style Democrat, and there was an era before this one where the right Democrat got typically Republican endorsements.

District 2 is deep red, well-stocked with people with deep roots in Jacksonville. It didn’t seem like the place where a serious mayoral candidate may come from, but it’s time people take Ferraro seriously.

The man is driving the narrative right now in local politics. Ask yourself if it’s a narrative you like, of course, then ask yourself if anyone else is presenting a more identifiable vision.

Today, for example, Ferraro will convene a meeting in his capacity as a city councilman, getting media coverage for a modest proposal to, well, criminalize poverty. (Stream the meeting here.)

OK, OK, you got me! He’s not saying it’s illegal to be poor, per se, just that it should be illegal to ask for help.

“I am concerned that law-abiding citizens are being harassed by panhandlers to the degree that is becoming a public safety issue. I am especially concerned that panhandlers themselves and sometimes children under their direction are approaching cars stopped at traffic lights to ask drivers for money, which is both a public nuisance and a very dangerous practice,” Ferraro said.

People asking for money is part of life in any major city, and should be expected given the eviscerated dollar, the frayed social safety net and the general unaffordability of the Sunshine State. Dumpy apartments that cost $600 a few years back rent for multiples of that now, with favored corporations and money launderers driving up the cost of the day-to-day.

There will be more “panhandlers.” And solutions such as Ferraro may come up with may or may not be impracticable, too expensive or cumbersome to enforce, and prone to legal challenge on constitutional grounds.

But he’s not a lawyer, just a lawmaker. He’s also a person who, in his seventh year of an unmemorable tenure, wants to be seen as Doing Something about a Social Problem.

It’s an earned media play especially useful given the heavy turnover in our local media, which comes in and, at least at first, assumes our local politicians are more than a squabbling bunch of middle managers positioning for their next moves and their vaunted political legacies.

Panhandling is the same as it ever was, and expecting an overstretched sheriff’s office, jail apparatus and state attorney’s office — which also, recall, is deep into its second and final Melissa Nelson term — to do much is magical thinking.

But will this play with the GOP super voter, a wizened sort definitely playing the back nine holes of life’s golf course, prone to physical and metaphysical dyspepsias alike over the state of the world, the wokeness and the fake news and so many other casual indignities? You bet your Chinese-made MAGA cap it will.

Speaking of political iconography, we have already observed here that Ferraro stands to benefit from the push for a monumental referendum: to maintain historic statuary, including but not limited to monuments to the Lost Cause such as the obelisk celebrating the South’s cause in Springfield’s former Confederate Park.

This also plays well for that same GOP supervoter: the over-50 type who often speaks with the accents that predominated here decades ago, when Jacksonville was even a smaller town than it is today. Often, they invoke personal history, as if that gives them standing beyond that of a normal citizen. As if all of us aren’t choking on the cost of living, and that “my family’s been here seven generations” really matters when there’s too much month for the money and no political leadership to be found.

Those folks, they want a referendum. And this Council isn’t as strong as it was in the days when LGBT rights were proposed to be put on a ballot, and they instead passed a revised Human Rights Ordinance despite the pushback from the rednecks.

Because unlike in 2016, when it seemed like progress on minority rights was still possible even in a Republican dominated city government, 2022 is about majority rights for the hard right.

In 2019, Republican Mayor Lenny Curry faced three challengers, two of whom were disgruntled Republicans. Jimmy Hill was the voice of the opposition to the right of Curry. He had little money, and no ticket of candidates aligned with him, but he still made a dent in the incumbent.

This time around, there is no Lenny Curry on the ballot. This is an open field, reminiscent in some ways of 2011, when Mike Hogan made the general election ballot, edging ahead of two establishment Republicans. Hogan ran to the right and those voters were sure bets then.

The 2023 mayoral campaign has begun already. Donna Deegan’s ahead in the polls. LeAnna Cumber and all-but-official candidate Daniel Davis are leading the fundraising.

But Al Ferraro is driving the narrative.