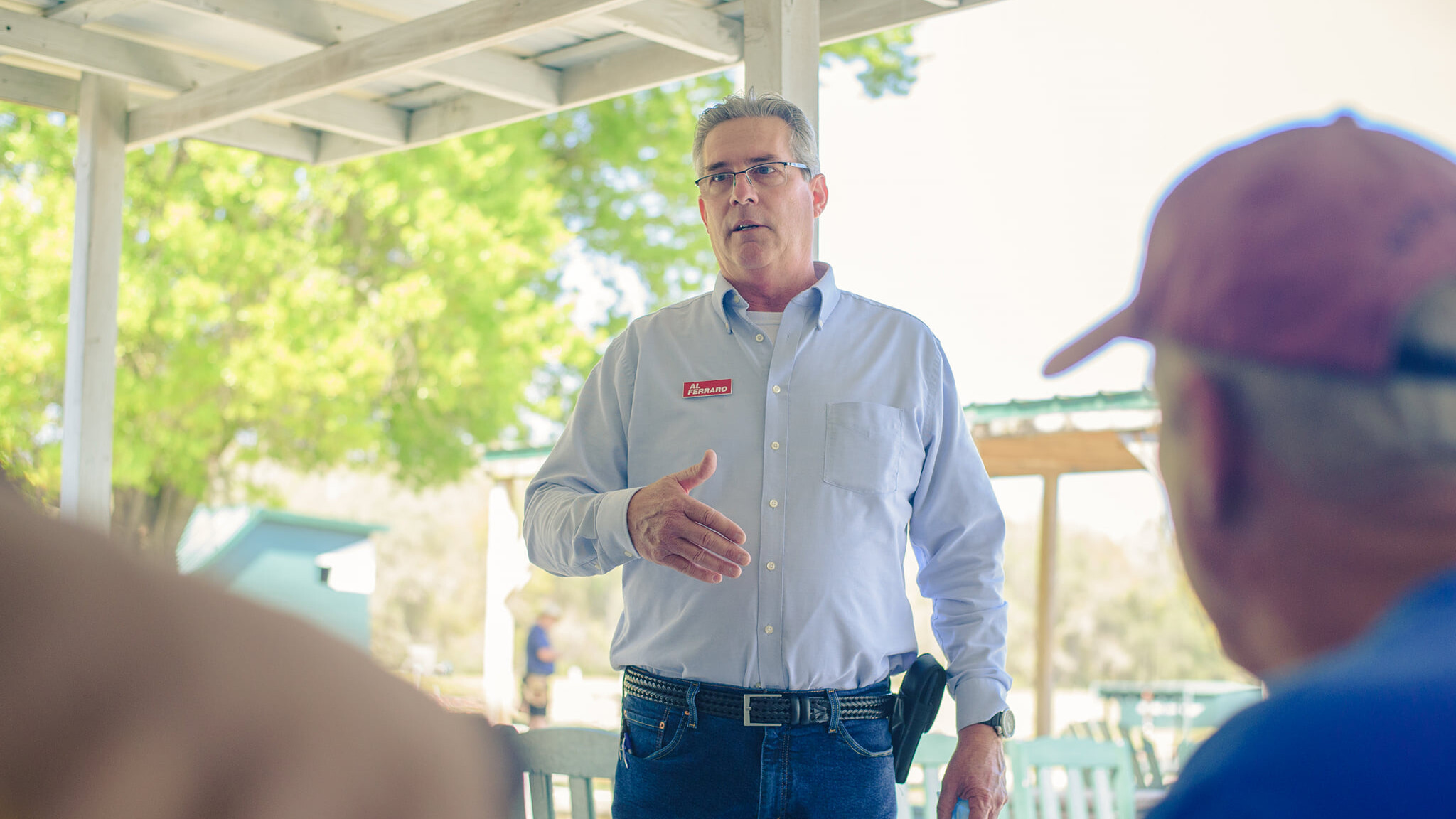 “The past is never dead. It’s not even past.”

That’s a line from William Faulkner, but it’s also an apt description of Jacksonville’s historical hangover, which was illustrated in stark relief last week.

Mayor Lenny Curry and others kicked off the city’s bicentennial celebration with a press conference, but elsewhere there were strong indications that Jacksonville’s history isn’t exactly unifying.

The specific flashpoint was a familiar one: the Confederate statue in the former Confederate Park, now called Springfield Park. But even with that rechristening, the 19th Century marble tribute to Southern White Womanhood remains in the park, albeit snugly wrapped in a tarp.

Two moments of interest, both involving Republican candidates for mayor who are on the Jacksonville City Council, offered special illumination.

The first one you may have heard on the radio: LeAnna Cumber danced around questions about moving that monument last week, a concern of near-term salience as Matt Carlucci has a bill appropriating $500k from the city to move it. The First Coast Connect with Melissa Ross audience wasn’t boosting Cumber at the start of the show, and by the end, the tweetiest tweeters were in a froth over the longform interview.

The second one was more sub rosa, at least in the short term. But it very well could dominate the political discourse in Duval County through November, if not through March 2023’s First Election.

Al Ferraro, whose mayoral campaign has been moribund for months, may have found his earned media hook by calling for a November 2022 referendum on whether the city should, or shouldn’t, move Confederate monuments. He’s introducing legislation to that effect this week.

It consolidates the populist right and lets him own the issue, which many of our readers may believe is a toxic move, but in reality it was the only one to make given the way Cumber and pre-candidate Daniel Davis have outraised him thus far. Donors are avoiding Al anyway. But on this issue, the grassroots won’t!

At least that’s the bet here.

The referendum “City Removal of Historic Monuments and Markers On City-Owned Property” would pose one question: “Shall the City of Jacksonville remove historic monuments and markers, defined as fixed assets that are identifiable because of particular historic, national, local or symbolic significance, on City-owned property?”

Let the people speak! How bad could it be?

Well, that depends on how you define bad.

The last hot-button social issue to be resolved by the Jacksonville City Council was six years ago: the decision to add LGBTQ+ people to the Jacksonville Human Rights Ordinance by extending protections in employment, housing, and public accommodations such as bathrooms and locker rooms to all people regardless of sexual orientation or gender identity.

There were calls on the right then, too, for a referendum. Public commenters were loud and direct and repetitive in their comments. The call for a popular vote was resisted. The prevailing logic was that the City Council was elected to do a tough job and on this issue they ultimately had to do it. They built a supermajority — important, as that removed the prospect of a veto, as Mayor Lenny Curry’s office framed it at the time.

Would this City Council have the political courage to pass the HRO expansion? Probably not. This is a year of culture war backlash politics, and this is a GOP-supermajority City Council full of people who imagine they will be political lifers.

The referendum option was properly understood as a cop-out years ago. On this Council, it offers an out without such judgy language.

And it potentially shakes up the mayor’s race too.

Cumber, despite having $2 million banked, is in a box. She can either sign on to Ferraro’s proposal, compelling her to have to give him credit on what is now his main issue. Or she can say the Council just needs to circumvent the voice of the people and vote to remove the tarp. Where’s a political win for her there?

Daniel Davis, meanwhile, would be smart to stay as far away from this mess as possible. His committee fundraising (nearing $4 million on hand) tops any actual candidate by far, and there is nothing for him to gain by opening up the campaign account while the sulfurous stench of this referendum is in the air.

He should wait until DeSantis’ re-election, or close to it, before jumping in. Because this is not an issue that will help him either way. The Jacksonville Chamber of Commerce (his day job, recall) can’t take a pro-monument position.

Beyond the politics of the monument, and the seemingly inevitable posturing to come during this hot summer for candidates, make no mistake: This referendum and the run-up is going to bring out the uglies.

Expect the agitprop, homegrown and imported as people come here to make this drama their own.

A burg that talks up its boldness and its progress, but which at the same time continues to be hamstrung by historic schisms and tensions.

The media will find the biggest weirdos and set the tape machines running, and, boom, that’s how Jacksonville looks to the outside world for the next few years.

In the words of Ben Frazier of the Northside Coalition, a referendum “has the potential to make the city a battleground for white supremacist groups.”

But the harsh reality: Doing so, for this City Council, will likely prove preferable to making the hard decision to dump a hunk of rock that was built for and by Jim Crow, a literal monument to futility sentimentalized by people who worry that if corrupted and superannuated history like that is gone, they might have nothing left to believe in at all.

Why their history is contingent on a 19th Century paradigm of subjugation and violence is a matter for them to resolve with their spiritual counselors.

A.G. Gancarski has been the Northeast Florida correspondent for Florida Politics since 2014. His columns were a staple in Folio Weekly for nearly two decades. He specializes in the intersection of state and local politics and policy. 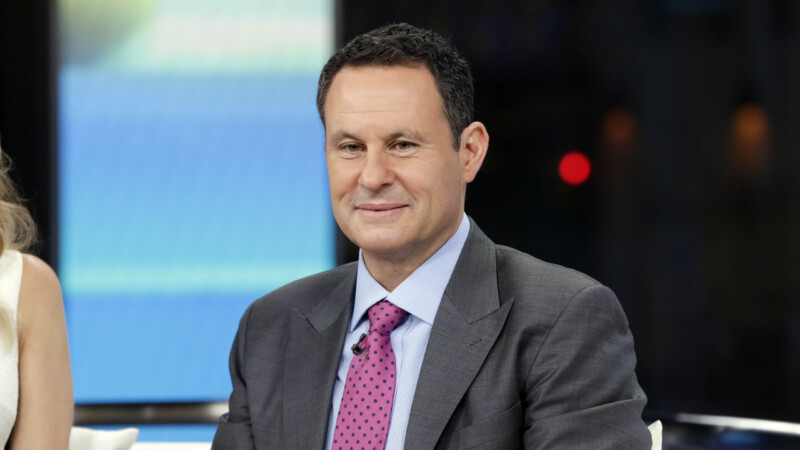 On Thursday morning, the Fox & Friends program began the 7 o’clock hour blasting the city of Jacksonville. The catalyst was a long shot of the Main Street Bridge, and that’s all it took for host Brian Kilmeade to go off. “The city of Jacksonville’s got such great potential. They’ve got these bridges. Beautiful scenery. They’ve got to rebuild that ...
END_OF_DOCUMENT_TOKEN_TO_BE_REPLACED
Read More