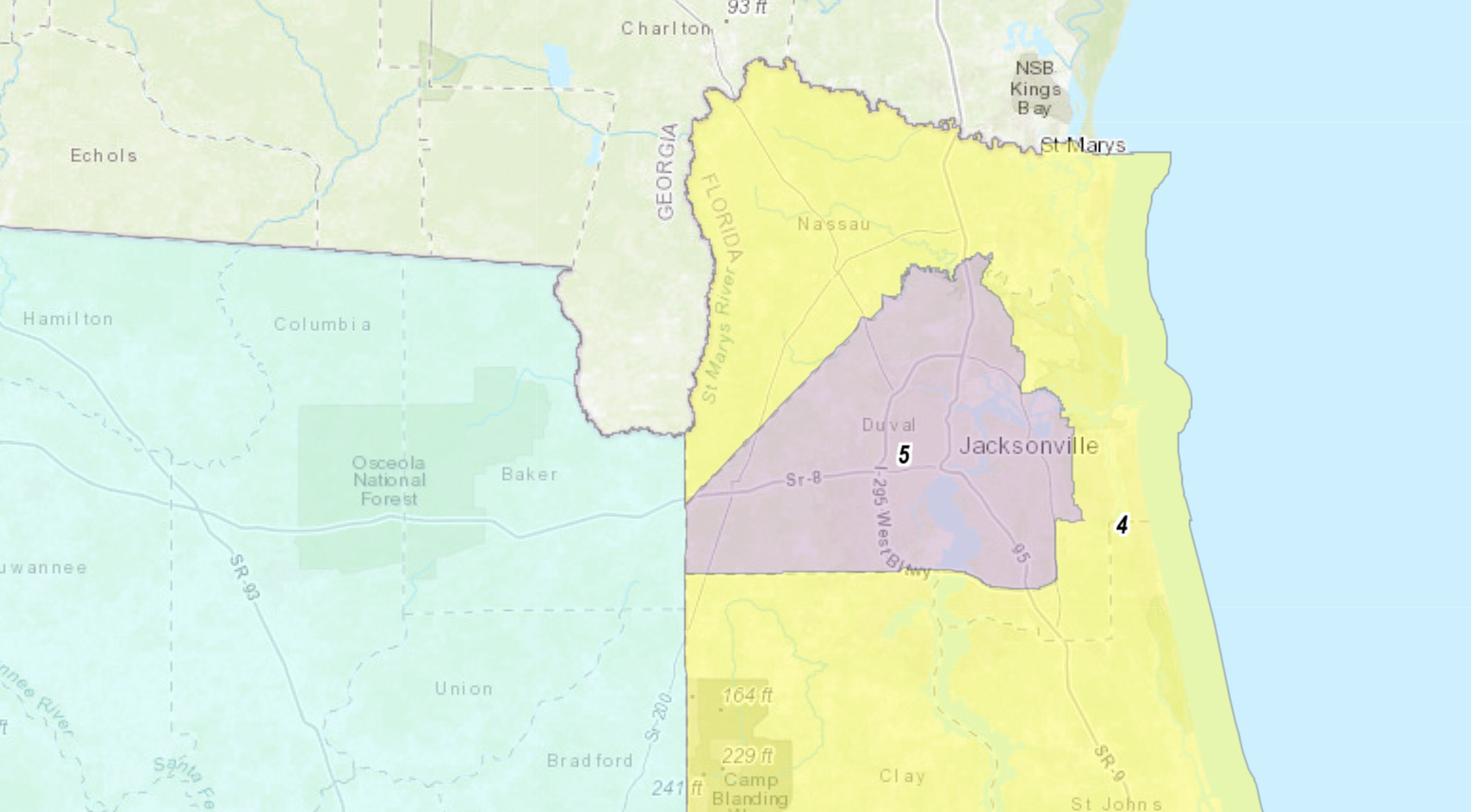 The intramural pissing match between Republicans in Tallahassee continues, and no clear resolution is at hand as they try to figure out if they can chop up Democratic districts, and if so, by how much.

A third congressional redistricting map is moving forward in the process, with the House poised to offer a radically different map than the one the Senate passed already — one with some conceptual similarities to the proposal from Gov. DeSantis, but not good enough for America’s Governor in the end.

The Florida House Redistricting Committee resumed consideration of the congressional draft map Friday, approving by a 15-9 vote a version that changes things in Duval and likely means the end of the Al Lawson era in Northeast Florida if it passes.

In the House map, most of Jacksonville becomes a minority-access Congressional District 5. Eastern Duval gets chopped off into CD 4 with northern St. Johns (including St. Augustine) and Nassau counties.

Lawson wasn’t happy Friday after the meeting, saying the altered district compromised the interest of voters west of the city.

“I am disappointed that Speaker Sprowls caved to the demands of Ron DeSantis to push a partisan, unconstitutional congressional map. Never in our state’s history has the Florida Legislature submitted two maps for review — one that is clearly unconstitutional and a second ‘in case we get caught’ map. The proposed Congressional District Five divides minority communities of interest across North Florida, leaving all Black voters west of Jacksonville unrepresented,” Lawson said.

DeSantis wasn’t happy either. According to POLITICO’s Gary Fineout, a spokesperson for the governor lamented “bizarre & confusing changes that don’t seem to remedy the underlying legal concerns” in the House product. That doesn’t sound like he’s itching to sign.

The amended map moved through the committee Friday nonetheless, with Redistricting Chair Rep. Tom Leek carrying the “strike all” amendment that included the “primary map” with a “more compact” Duval district that “will enable minority voters to elect candidates of their choice.”

The context was especially interesting given that the subcommittee rejected Gov. Ron DeSantis’ proposed map, which replaced the current CD 5 with no minority access district at all, and asked inside baseball questions of one witness flown in via the conservative Judicial Watch group on behalf of the governor.

The new map seemed like an attempt at splitting the difference between the two positions, in that context. It was intended to address the DeSantis concerns about “compactness” while protecting the North Florida minority access district and the House’s professed commitment to “allowing minority voters to elect the candidates of their choice.”

The House-proposed CD 5 is a Democratic performing district; it would have voted for Andrew Gillum and Joe Biden with about 55% of the vote. Black voting-age population drops 9 points, to 35%, from the makeup of the current district. But Black voters would still be the majority in the primary.

The DeSantis plan, by contrast, would create two Republican performing districts in the three-county Jacksonville area.

Democrats’ questioning (mostly from Democrats based well to the south of Duval) focused on Jacksonville and not the Tallahassee end of the district, where Black voters will have no recourse to representation if this map becomes law.

For Jacksonville Democrats, this new map creates an opportunity for a district reflective of the Urban Core neighborhoods. It removes the structural impediment created by Lawson, if it gets through.

But it has potential performance issues.

Could a Republican win in this new district? Not likely. But it depends on how well that Republican did with NPAs.

In any event, this wouldn’t be the old CD 5, where Al Lawson would draw marginal GOP opposition. It would be gameable for Republicans.

Objections to the House map mounted from the left and the right. Democrats like Rep. Joe Geller warned that the proposed map is “blatantly unconstitutional.”

Rep. Cord Byrd, a Republican eyeing a gubernatorial appointment to the bench, said that racial criteria given primacy in the congressional redistricting process violated the Equal Protection Clause.

The Senate and the House will have to reconcile work products quickly if or when this map passes the full House.

With indications that the state budget is largely resolved already between the House and Senate, there will be a little time — but not much time —  between now and next Friday’s end of session to figure out whether the House can get this version through … a heavy lift for sure.

TL;DR version: The maps are a mess. And the stakeholders appear to be farther apart every meeting. 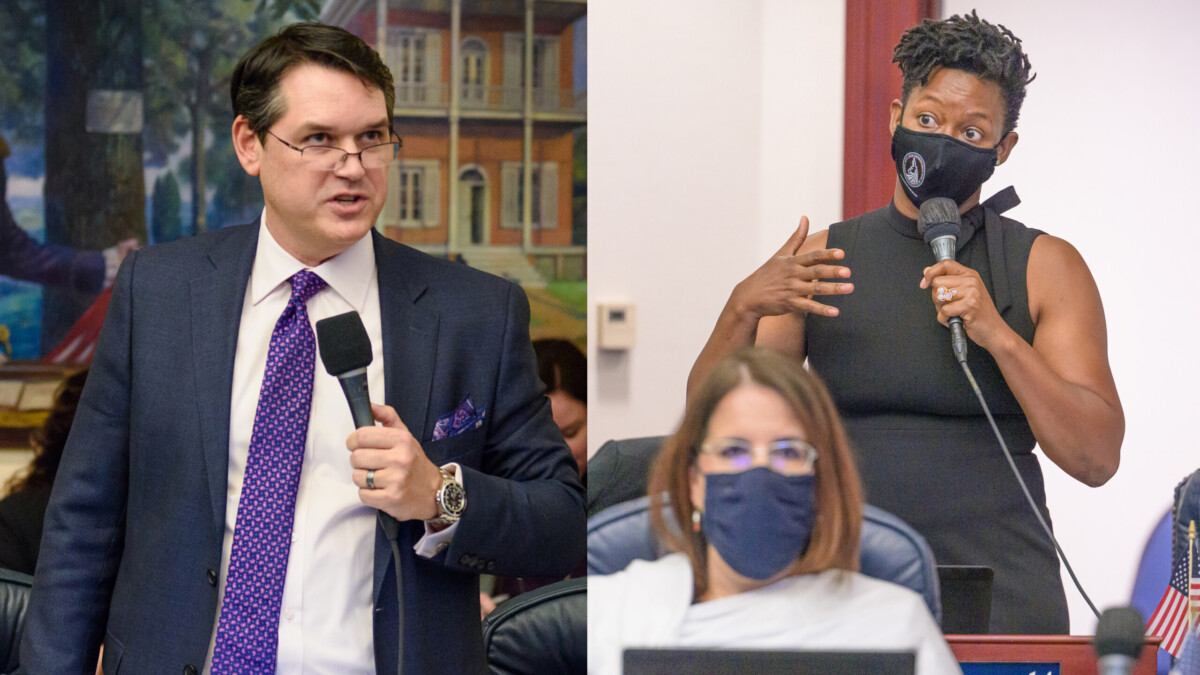 Duval County legislators were at the center of drama in the Florida Legislature last week, and the confrontation spoke to an essential truth in regional politics: Jacksonville has not resolved its race issues. As the House approved a ban on abortions after 15 weeks (that’s a tad more than three months past conception), protests rose in the chamber, with chants ...
END_OF_DOCUMENT_TOKEN_TO_BE_REPLACED
Read More