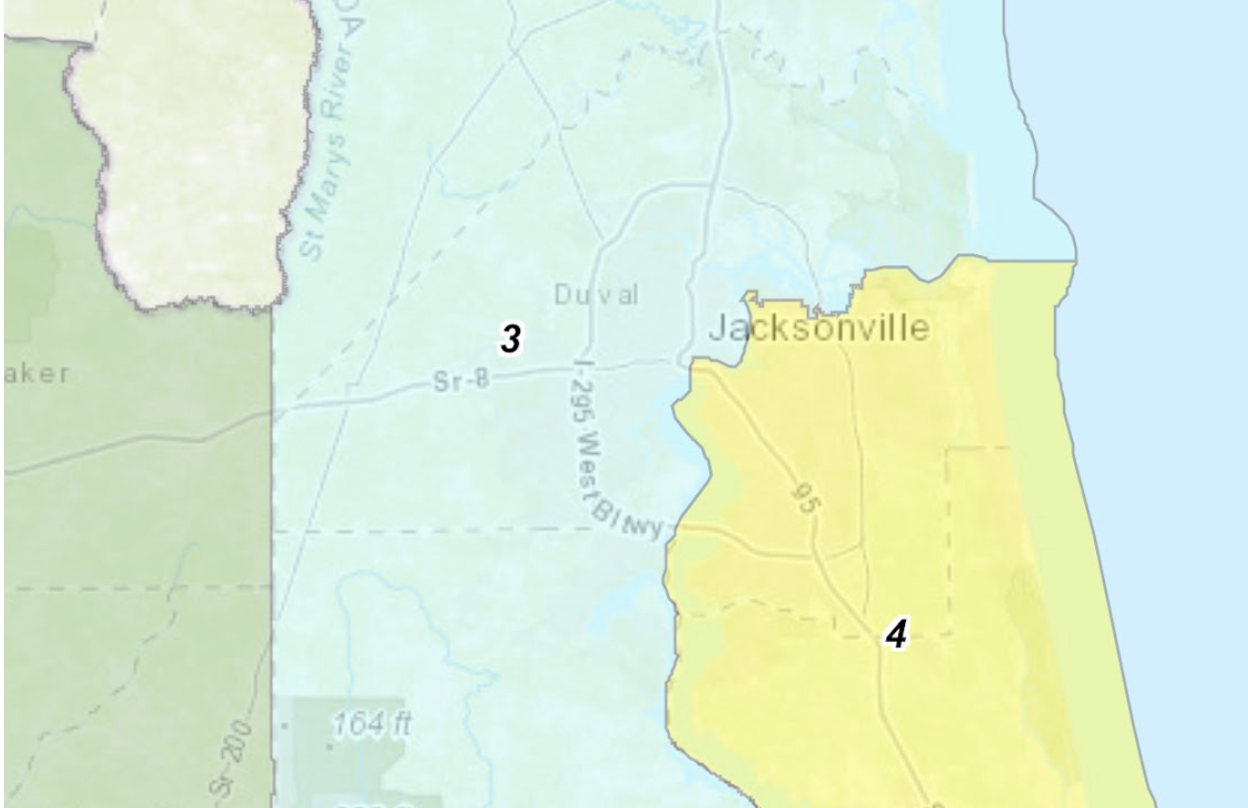 Many of those reading this rejoiced last week when the Florida Supreme Court rebuffed Gov. Ron DeSantis’ unprecedented ask for an advisory opinion regarding his proposed congressional redistricting map.

DeSantis’ general counsel put forth a map, as we have discussed here, that would eliminate the Fifth Congressional District, which protects the interests of Black voters in North Florida by connecting Jacksonville and Tallahassee. The governor’s map would essentially take Duval County’s part of Lawson’s district and meld it with Clay and Nassau counties, creating a seat with a Republican advantage.

The Supreme Court had its reasons for rejecting the advisory opinion, including the matter being more complex than the governor’s brief would allow. But those who thought the matter was closed learned differently on Friday, when DeSantis said that he would not sign off on a map with a district like the current CD 5.

“We will not be signing any congressional map that has an unconstitutional gerrymander in it, and that is going to be the position that we stick to,” DeSantis said. “Just take that to the bank.”

DeSantis also downplayed the court’s punting on the advisory opinion, saying “the court declined to take that up but acknowledged that these are really live issues and are unsettled.”

There are those who praise DeSantis, of course. Jacksonville Republican Rep. Jason Fischer, who is running for Duval County Property Appraiser next year, tweeted an affirmation of DeSantis right after the governor talked tough on the map.

Of course, there is the reality that DeSantis has his eye on a national audience with this map. That’s the contention of former Donald Trump strategist Steve Bannon, as The Washington Post reported Friday.

“It’s DeSantis and the guys down in Florida listening,” Bannon said on his War Room podcast, adding that “the map came out, and this is 100 percent [due to] the War Room and particularly all the great citizens down in Florida.”

Let’s assume Bannon is correct. Let’s assume that the map and the legal arguments put in front of the court aren’t due to some desire to newly enfranchise Duval County voters who don’t want to share a district with rural areas out west. If we assume such, it’s hard to imagine DeSantis’ backing down and signing a map he has decried as “unconstitutional.”

The Senate passed its status quo map, in seeming defiance to DeSantis, the latest indication that things aren’t good between Senate President Wilton Simpson and the governor. Simpson, running for Agriculture Commissioner, apparently thinks DeSantis is trying to push him around.

The stretch run of the legislative session is always a treacherous dance between the governor, Senate president, and House speaker over something or other. But DeSantis, who has spent the last three years sending messages on issues like masks, simply can’t afford to lose face and back down on redistricting, which is the biggest political question of this session.

The House redistricting committee is slated now to take up draft maps this Friday. Will the DeSantis map be introduced as an amendment?