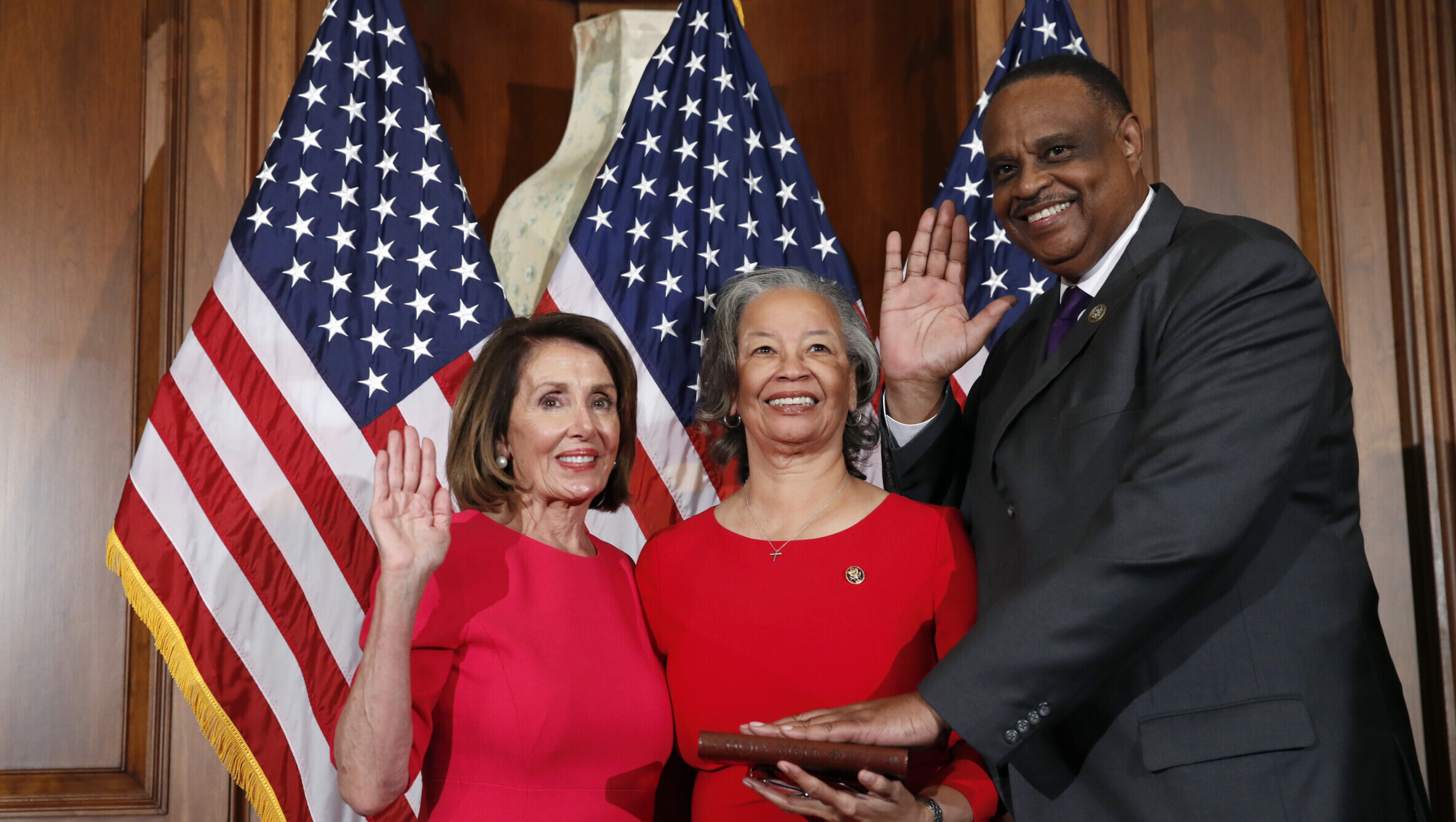 Is Gov. DeSantis trying to do what Jacksonville Democrats could not, in removing Al Lawson from Congress?

That is one interpretation of the Year Zero-style Congressional redistricting map from the governor’s general counsel, a document that was dropped the night before MLK Day.

The map lays waste to the concept of protected minority access districts, creating a map that puts aside the Fair Districts amendments in favor of some race-agnostic document that guarantees legal challenges, if this map became realized.

“It seems unnatural that specific communities in Gadsden and Leon counties would be plucked and tied to a community several hours away in Jacksonville,” said Christina Pushaw, press secretary for DeSantis, in defense of the compactness of the map proposal.

The major detriment: Black voting share would decline from 45% down to just over 30%. And the district would have been carried by DeSantis and Trump both in recent elections. It looks like it was designed for a Fleming Island Republican with a moderate message and real deal fundraising to win.

The Senate passed its own map already, and who knows what the House will do. But the House feels like where the Governor’s map becomes a strike-all amendment for a more carefully crafted product.

But the process will take care of itself. There are more immediate concerns.

For Al Lawson, a map like this would be the end of his political career, at least in Congress. And he is furious.

“It is evident that DeSantis is trying to restrict minority representation, specifically African American voters … I am confident that this attempt by the Governor to dilute the voting rights of my constituents is in clear violation of the Voting Rights Act and the Constitution,” Lawson said last week.

The current Congressional District 5 was, of course, created in 2016, to solve the gerrymandering that crafted Rep. Corrine Brown’s former district. Lawson was a unique problem for Brown, under indictment for fraud at the time. And the district map itself was a problem for Brown, one contextualized by Republicans trying to bring her down with Lawson as a cudgel.

Trump tactician Susie Wiles (excommunicated from the governor’s orbit, recall) was among those who helped Lawson get to know Jacksonville and its GOP donors, which Brown used as an attack line.

During the televised debate ahead of the 2016 primary, Brown said Wiles was “running Lawson’s campaign,” to which Lawson said “we just had a discussion on the issues.” This was the same campaign cycle in which Wiles delivered Florida for Trump.

Other Republicans, meanwhile, discussed CD 5’s remapping as a way to “get rid of Corrine Brown.”

Former state Rep. Janet Adkins said “you draw (the district) in such a fashion so perhaps a majority, or maybe not a majority, but a number of them will live in prisons, thereby not being able to vote.”

Asked about Adkins’ comments, Brown at the time said the fix was in with the map proposal, which crafted “a non-performing district, not only for an African American, but for a member of the Democratic Party,” as she told News4Jax.

“Clearly, those who drew up the map knew that the new congressional district has 18 prisons in it. And they also know that in the state of Florida, felons cannot vote; so not only was the Black voting-age population decreased for 50% (to) 45%, many who were counted in this 45% are incapable of voting,” she said.

The reality of the 2016 primary was Brown was kneecapped every which way, losing to a candidate who could not even get a majority of the vote despite having the district drawn to suit.

Facing legal woes and two challengers (Lawson and Jacksonville’s LJ Holloway), unable to raise money for obvious reasons, at war with a hostile press that megaphoned the prosecutorial narrative, she was held under 40% of the vote. The farther west the ballots were cast, the worse she did.

He ran a competent if largely generic campaign, but he had enough fundraising and momentum to compete, at least in Duval.

But Lawson was able to call in the big guns, including House Speaker Nancy Pelosi, who found herself on the Northside in August 2018. Lawson’s GOP friends weren’t too far away either from the man the Brown campaign called “Trump’s favorite Democrat.”

In 2020, Lawson wasn’t seriously challenged at all. Nor would he be in 2022 under the current map or the product under consideration in the Legislature.

But the DeSantis map? An existential challenge like none that any Jacksonville Democrat could give him in a district where the incumbent banks votes on I-10 and in the Big Bend, and the Busy Bee Caucus has his back.

No Jacksonville Democrat can defeat Al Lawson at the ballot box. But Gov. DeSantis might stop him from getting there ever again.