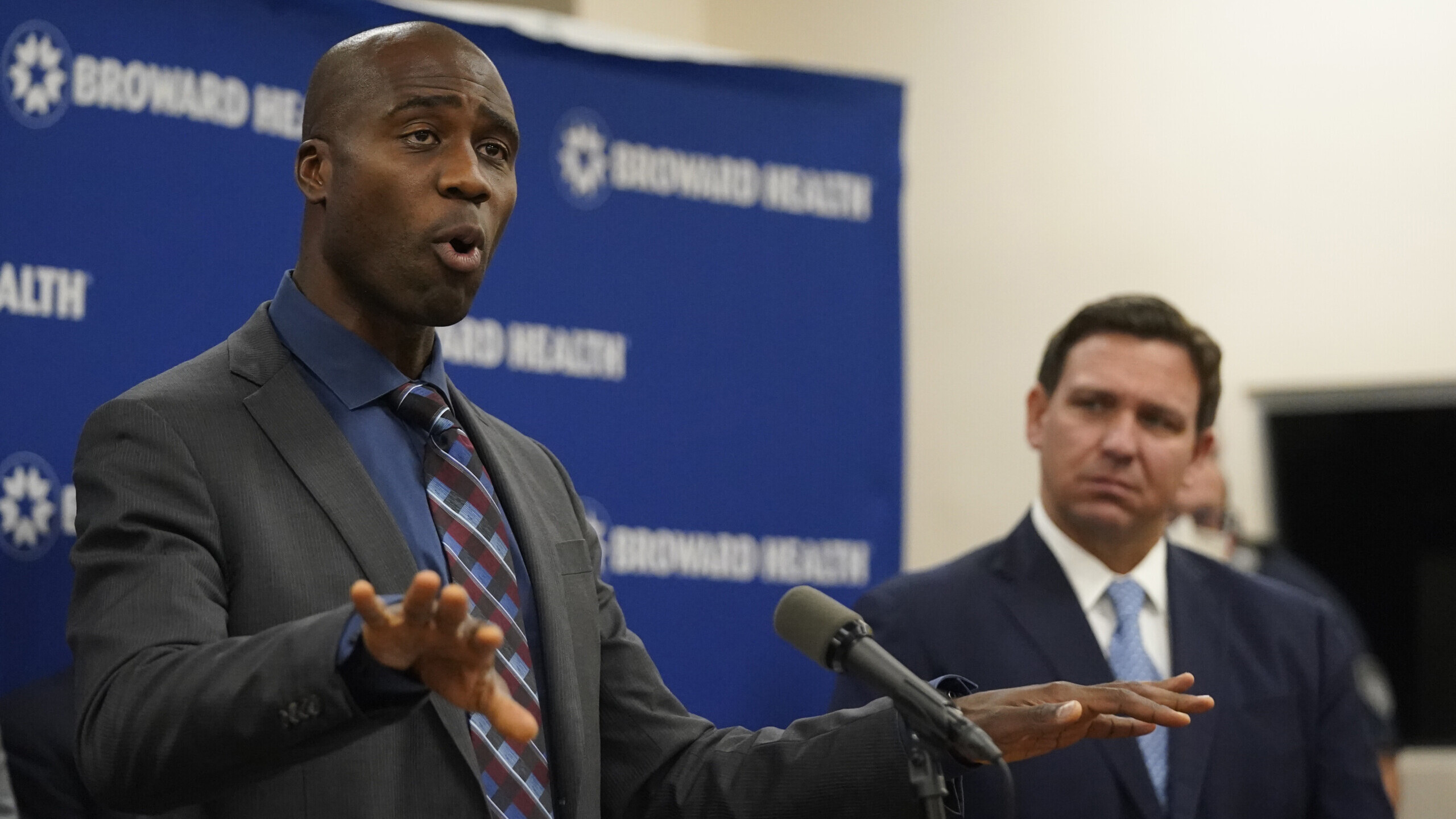 Opinion: Florida’s surgeon general fight is a preview of 2024

Before the 2000 Bush/Gore election, Tim Russert, the late Meet the Press host, was asked what he would be watching the most on Election Day.

Russert scribbled out three words on his whiteboard: “Florida, Florida, Florida.” Of course, it turned out that the leader of the free world was decided in Florida that year by 537 votes.

Not much has changed. Florida has remained the center of the American political universe since 2000. Consider the dominant political issue of our time: COVID.

As the country continues to grapple with how to deal with the virus, two leaders have come to represent two diametrically opposed strategies: President Joe Biden and Governor Ron DeSantis. They snipe at each other constantly, both directly and through proxies.

But for all of the potshots back and forth between the Biden and DeSantis camps over the past few months, there hasn’t been a face-to-face confrontation until last month at the state Capitol in Tallahassee.

The setting for this Royal Rumble was a typically mundane, off-the-radar Senate Health Policy Committee meeting.

In one corner was Dr. Joseph Ladapo, DeSantis’ choice for state Surgeon General, who was before the committee for a confirmation hearing. Ladapo has been an unapologetic skeptic of masks and lockdowns. His position on vaccines is that they are helpful but not a magic bullet. In short, he’s a walking and talking embodiment of the DeSantis “freedom first” approach to the virus but with a lab coat and Harvard medical degree.

Ladapo’s ability to credibly deliver the DeSantis message on COVID remains critical to the governor’s political success. He is up for re-election this year and a top contender for president in 2024.

In the other corner were Senate Democrats, who possessed the power in this hearing to directly ask questions of Ladapo. If they could discredit him they could, by extension, discredit the governor’s COVID response.

At the hearing, both sides understood the stakes. The political world seemed to understand it, too. This was the first time in memory that a state surgeon general confirmation hearing in Tallahassee received significant national news coverage.

At the hearing, Ladapo expressed his well-documented skepticism of aggressive COVID mitigation measures. He also refused to apologize for his role in a previous kerfuffle with Democratic Senator Tina Polsky, D-Boca Raton, over not wearing a mask in her office for a scheduled meeting between the two (Polsky is battling breast cancer).

During the hearing, Senate minority leader Lauren Book, D-Plantation, bore in hard, demanding yes or no answers to what she considered to be straightforward questions. Ladapo refused to say the magic words, insisting that the questions were in fact correctly answered with nuance rather than a simple yes or no. The Democrats walked out in protest before a vote was taken.

But that just wasn’t going to happen. The two sides are dug in, and they aren’t giving an inch until the voters declare a winner in 2024.

Clearly, both sides now view any show or sign of compromise as weakness. The fight is the point.

What we know for certain is that this is just the first of many bare knuckle battles in what will be an epic three-year political war in “Florida, Florida, Florida.”

Rob Bradley Opinion: What Trevor Lawrence needs from the Jags

Former NFL coach Bill Parcells famously said, “You are what your record says you are.” Considering the Jaguars have the worst record in the league for two straight years, it’s pretty clear what the Jaguars are. A bad football team. However, upon closer examination, the situation isn’t as dire as one may think. It all begins with the quarterback. The ...
END_OF_DOCUMENT_TOKEN_TO_BE_REPLACED
Read More