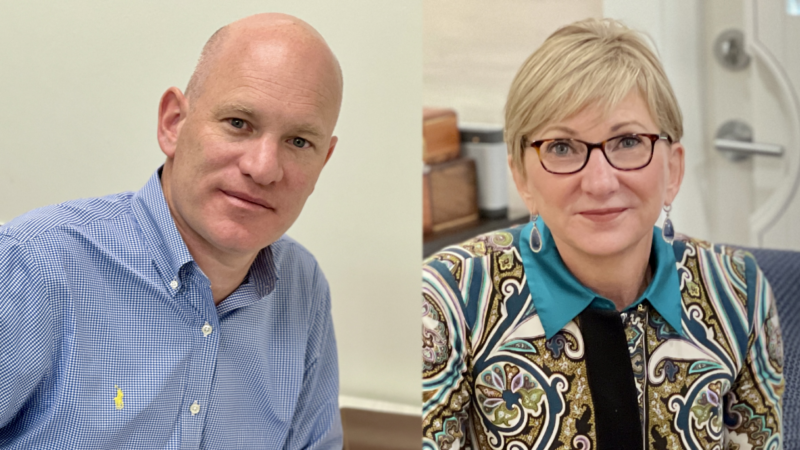 The First Election of the Jacksonville City Council At Large Group 3 race is in the books, and nobody won.

That’s the reality of the open primary that we saw last Tuesday, in which Democrat Tracye Polson was the leading vote getter, with Republican Nick Howland running behind by less than half a percentage point.

There were some who thought Polson would win the election outright.

It’s the same kind of irrational exuberance that we saw from some of Democrat Alvin Brown’s supporters (specifically, the hired guns who came in to help him message) ahead of the March 2015 First Election.

Then, there were those who expected Polson’s share of the vote to at least be in the 40s. I was one of them.

If a candidate spends $300,000, with more than half of that coming from personal money, you have to figure it’s supposed to be the knockout blow. But in this case, Tuesday’s outcome was sort of like a 7-6 lead at halftime. Tenuous at best.

Nick Howland ran a vanilla pre-runoff campaign. If you saw the ad on TV, you saw the whole thing. That ad was on repeat. A proven formula that worked, in that it got him to nearly 36%. Which was good enough for that First Election.

The real action starts now, of course, and Howland has one major advantage. Republicans don’t have a lot of ball to play right now. Clay Yarborough is going to the Senate, while the House races won’t be firmed up until the new maps become final.

Halftime adjustments are easier for him. And in terms of donor base, we probably haven’t seen the whole playbook.

The Jaguars, their former owner Wayne Weaver, and Ty Petway are among the donors to Howland’s political action committee already. But it’s been the donations to his campaign account from PACs that have nettled Polson partisans.

A number of those committees only exist to recirculate money from election cycles gone by.

Also by A.G. Gancarski: Primary battles to watch in 2022

Florida Citizens for Change, which cut Howland a check, is a great example of a passthrough committee that is funded entirely from other political committees.

Some of them are associated with lawmakers, such as the First Coast Business Foundation (Travis Hutson) and Florida Foundation for Liberty (Paul Renner). Other donating accounts are passthrough committees of their own, but the seed money goes round and round.

Another passthrough committee worth noting that gave to Howland was the Florida Taxpayers Defense account.

It has collected checks from a number of sources over the years, including Jacksonville on the Rise, the former re-election committee of Mayor Lenny Curry.

You can’t find the original source anymore than you can unmix a mixed drink.

What matters, in terms of this election, is the theoretically unlimited reservoir of cash Howland could draw from between now and February, based on the dark money teases.

And a lot of things could happen with both direct money and third-party microtargeting efforts to keep Polson’s vote share down.

And the people making the attacks on Howland’s behalf are the same ones who were on the attack back in 2018, when she ran for the House, losing narrowly to Republican Wyman Duggan.

Those attacks worked, and her campaign struggled to respond. Do they have a better counter this time out? The more money you have left, the better you can hit back.

And in that context, it makes no sense that Polson burned through $300,000 just for this pyrrhic victory. As wealthy as she might be, this campaign pits her against a wide cross section of interest groups backing a saleable candidate who can outspend her.

She should have budgeted like a grassroots candidate. She needs that money now.

Because she has base problems.

Democrat James Jacobs didn’t run an especially visible campaign, but he somehow managed to take 11 precincts in Districts 7, 8, 9 and 10. He was competitive in a lot more.

Can Polson turn out Jacobs’ voters? If so, what’s the strategy?

After his loss, the Coach “congratulated” Sen. Audrey Gibson, Reps. Tracie Davis and Angie Nixon, and City Councilman Garrett Dennis for defeating him, in a sarcastic Facebook message.

Jacobs didn’t have a lot of big name backing, but one former and future lawmaker was on his side: Kim Daniels, who has spent the last decade as a Democrat who thoroughly undercuts and frustrates a large swath of her party. Daniels is no fan of Polson or many of the lawmakers who endorsed her.

Or maybe they stay home, aided and abetted by mailers and robocalls and all the other tricks that political professionals use. Polson’s ability to make the sale to those voters, rest assured, is her only path to victory.

The lawmakers who endorsed Polson won’t be much help. The legislative session starts next month, and it’s difficult to break away.

One constant in local elections is the divided Democratic Party. It sank Alvin Brown in 2015, where his lack of support for HRO expansion proved to haunt him. In 2019, they didn’t even bother fielding a candidate.

Republicans are testing Democrats here, yet again. If Howland beats Polson, then it shouldn’t be impossible for Daniel Davis or whomever to defeat Donna Deegan. That’s the theory, they hope.

To that end, expect the GOP to bring in assets, including the governor.

Big Ron lost Duval in 2018, and he needs a win. If DeSantis endorses just before early voting, that tells you GOP internal polling is outside the margin of error. “America’s Governor” won’t back a loser.

The gamesmanship here is much more interesting than what either candidate will get accomplished if elected.

Howland would be part of a GOP supermajority; Polson might be a check on the Curry agenda on a vote or two. They are running to serve a little more than a year in office, so any runway they have will be determined by whatever committees the Council President puts them on.

For Democrats who keep losing citywide despite having a registration advantage, this special election is an opportunity to prove that they can finally make demographic trends pay off and give partisans some hope for 2023. But the challenges are non-negotiable.