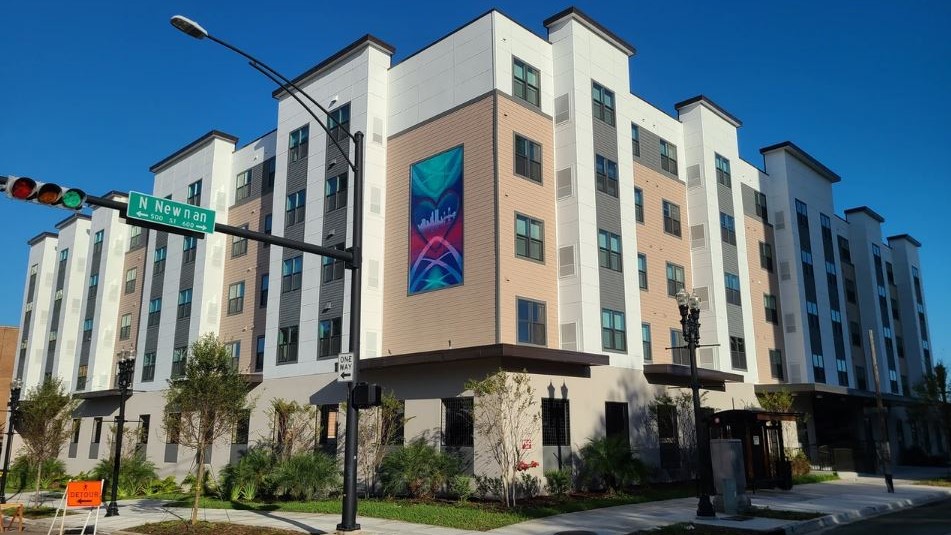 It was a godsend for 77-year-old Jacqueline McLean: She found a new apartment for far less than the $1,500 per month she was going to have to pay at her former condominium on St. Johns Avenue.

That is what she tearfully told an audience gathered Thursday for the official opening of Ashley Square, the Cathedral Foundation of Jacksonville’s latest affordable senior apartment facility at 650 N. Newnan St.

“We found out about this place and we got in here luckily, because were were so down on our luck,” McLean said later, hugged by neighbors she met when she moved there in December. “We were just so behind on everything, almost.”

Turning an empty parking lot into a six-story apartment house is another step in the right direction for Downtown, said Lori Boyer, CEO of the Downtown Investment Authority. Attending Thursday’s ribbon cutting, she said it’s part of a bigger plan to redevelop Downtown as more apartments are opened in new or historic buildings to join the nonprofit Cathedral Foundation’s three other senior high-rises.

“The Cathedral district has a vision for this area as being not only senior housing, but this whole family friendly neighborhood,” Boyer said. “The thing that we like Downtown is the fact that we can be home to a diverse array of residents. We can have young millenials that are working in corporate offices in Brooklyn. We can have seniors who live in this neighborhood. We can have all different types of residents who live downtown.”

Built over two years at a cost of $28 million, more than $8 million of that came from the state and another $1.54 million from the city and its Housing Finance Authority. 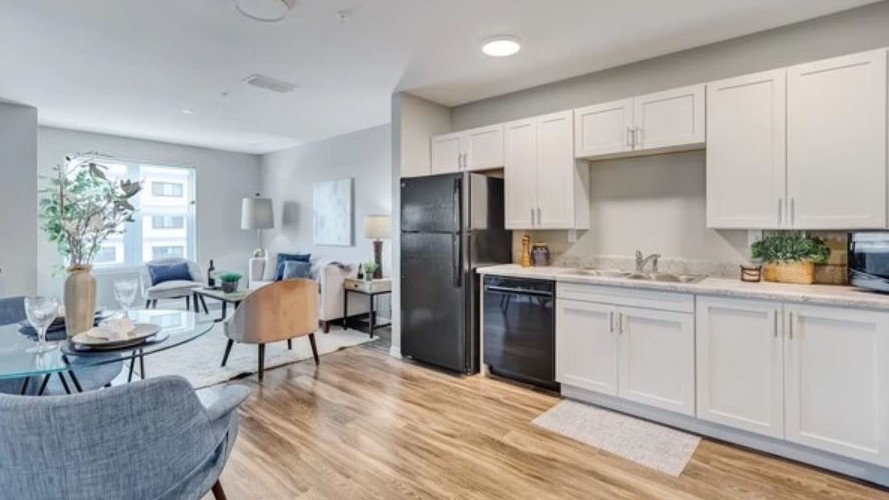 Ashley Square offers two-bedroom units for an average of $1,000 and one-bedroom apartments for about $900. And those applying to live there have to be 62 or older. Along with an underground parking garage, the facility has an exercise facility, boardroom for meetings, a computer center and a large activity room with flat-screen TV’s, pool table, kitchen and multiple conversation areas. It is only two blocks from a Harvey’s supermarket.

In a video message before Thursday’s ribbon cutting, Florida Department of Elder Affairs Secretary Michelle Branham, a Jacksonville resident herself, said she is proud of the project.

“I am so grateful for 120 new units for seniors that are affordable housing,” she said. “That has become such a critical issue as we celebrated our 30th anniversary of the department. We have traveled all over Florida, and (the need for) senior and affordable housing, living in the places you are choosing for as long as you want to, is something that we hear echoed all over the state.”

The five-story facility is across the street from the 17-floor Cathedral Tower and blocks from the 21-story Cathedral Terrace and 18-story Cathedral Townhouse. Those are all part of the Aging True system, the new name for the Cathedral Foundation. Now providing health, housing, financial, educational and nutritional services for seniors, it was founded 60 years ago by a group of St. John’s Episcopal Cathedral parishioners concerned about the health and welfare of Jacksonville’s elderly. 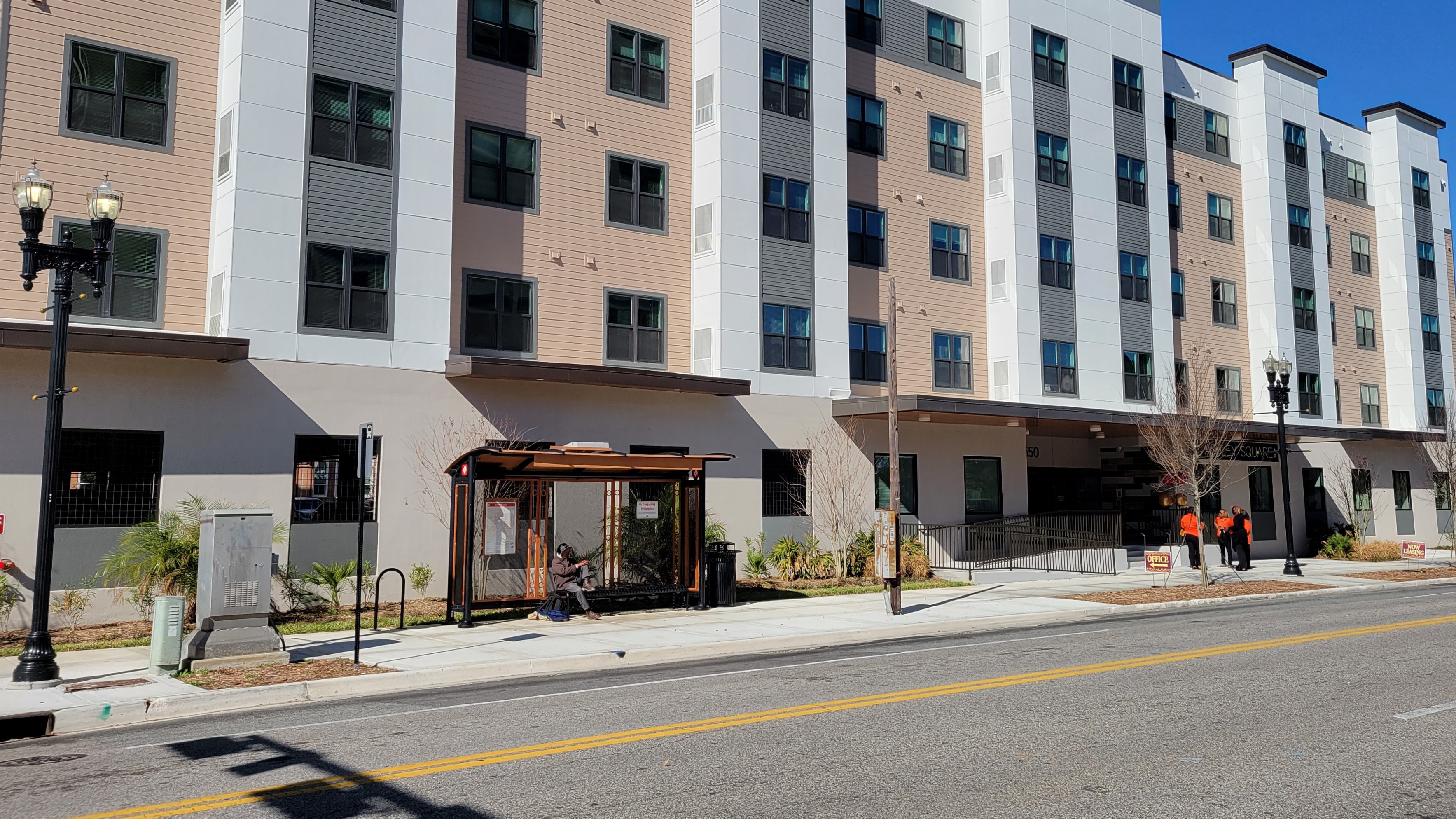 Discussions to build the foundation’s fourth affordable housing complex began in 2015, immediately eyeing a dirt and asphalt parking lot across from the Cathedral Tower that Aging True CEO Teresa Barton said had become an eyesore.

“We were dealing with JSO, complaining that this (parking lot) was a horrible place and we needed to do something about it,” said Barton, CEO since 2007. “It was not only the homeless but the folks over here drinking, smashing bottles and bothering our residents. It was not a good thing. But look what we built! Oh my gosh, this place is beautiful!”

The apartment building was built by Blue Sky Communities, a St. Petersburg-based real estate developer formed in 2012 that specializes in affordable and workforce housing. With 22 apartment communities in Florida, five of those for senior citizens including the Cathedral high-rises, Blue Sky CEO Shawn Wilson said replacing the “eyesore” parking lot with a new senior apartment was an idea he and Barton liked.

“We knew we still needed more affordable housing in Downtown Jacksonville, so we thought, well, we can solve a lot of problems if we put a brand new building on this lot,” Wilson said. “Almost all of the units are under $1,000. A lot of these units have the ability of the residents to get a voucher or other types of assistance to get that rent even lower.”

There are 96 one-bedroom and 24 two-bedroom units in the building, with some remaining available for rent. For more information on how apply for a unit, go to ashley-square.com. 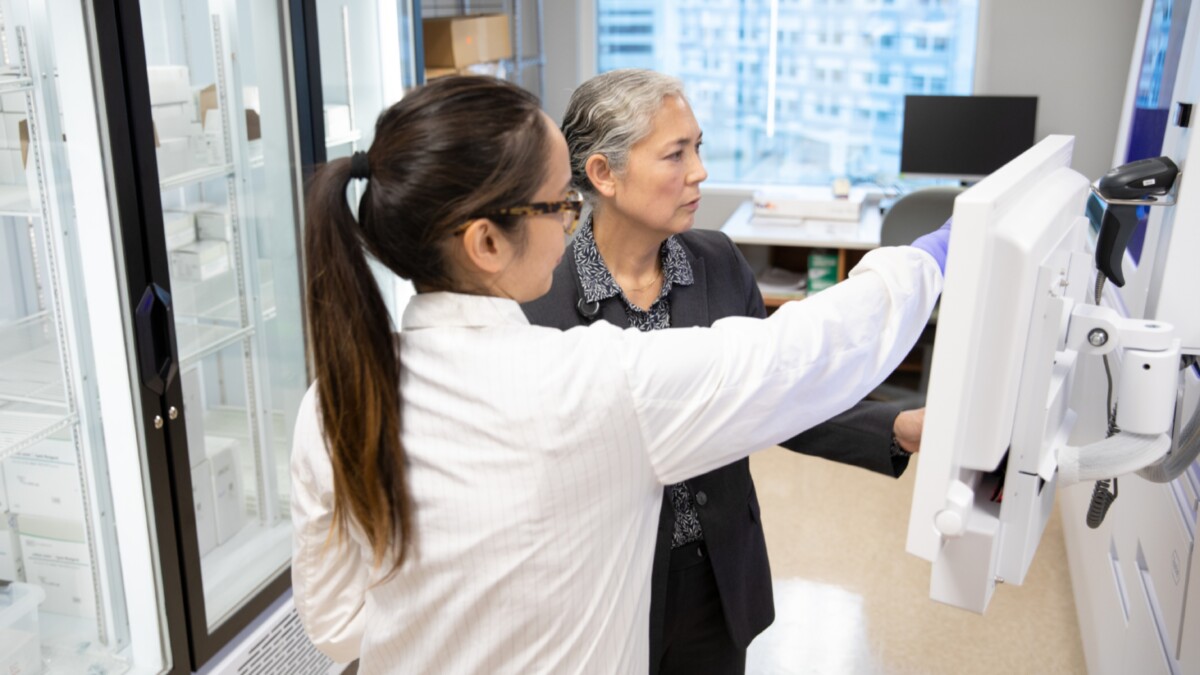