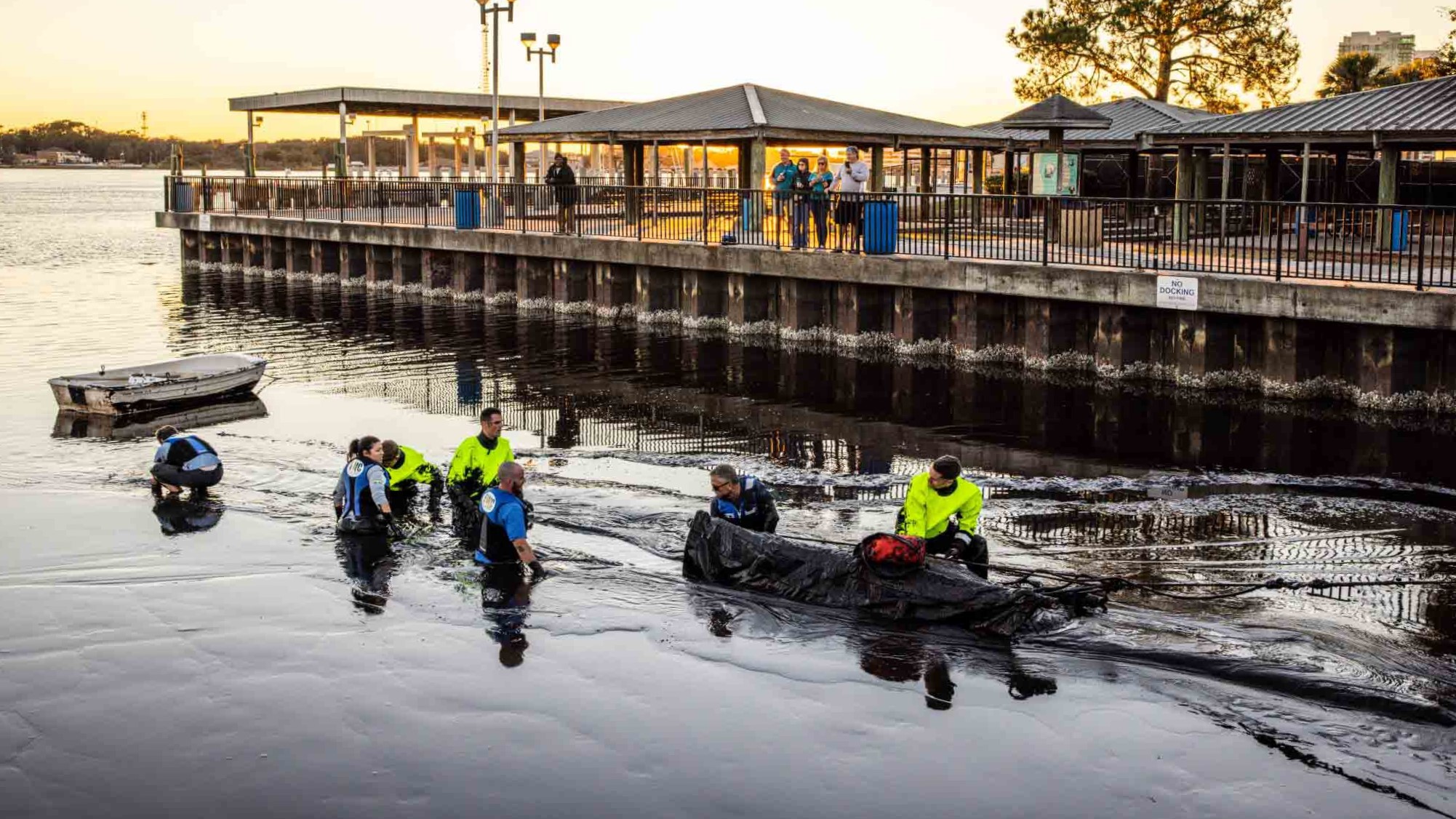 Stranded manatee freed from the mud off Metro Park

A huge manatee was rescued from low tide mud off Metropolitan Park as fans gathered nearby Saturday evening for the AFC South title game against the Tennessee Titans.

After hours of work by Jacksonville firefighters and state wildlife officials, the huge sea cow was carefully winched to the seawall, then hefted into a truck for some TLC at the Jacksonville Zoo and Gardens Manatee Critical Care Center.

“It’s not your everyday call,” said Jacksonville Fire and Rescue Department spokesman Eric Prosswimmer, who watched the rescue as he shot images. “For our guys, it is that little sense of, ‘Hey, we did something good.’ It stays with you and it’s nice.”

The manatee, estimated at 1,000 pounds, somehow got stuck in the mud off the Metro Park seawall late Saturday afternoon, Prosswimmer said. About 4 p.m., a Florida Fish and Wildlife Conservation Commission official who was working on a flat tire on her boat trailer spotted it and brought in reinforcements. 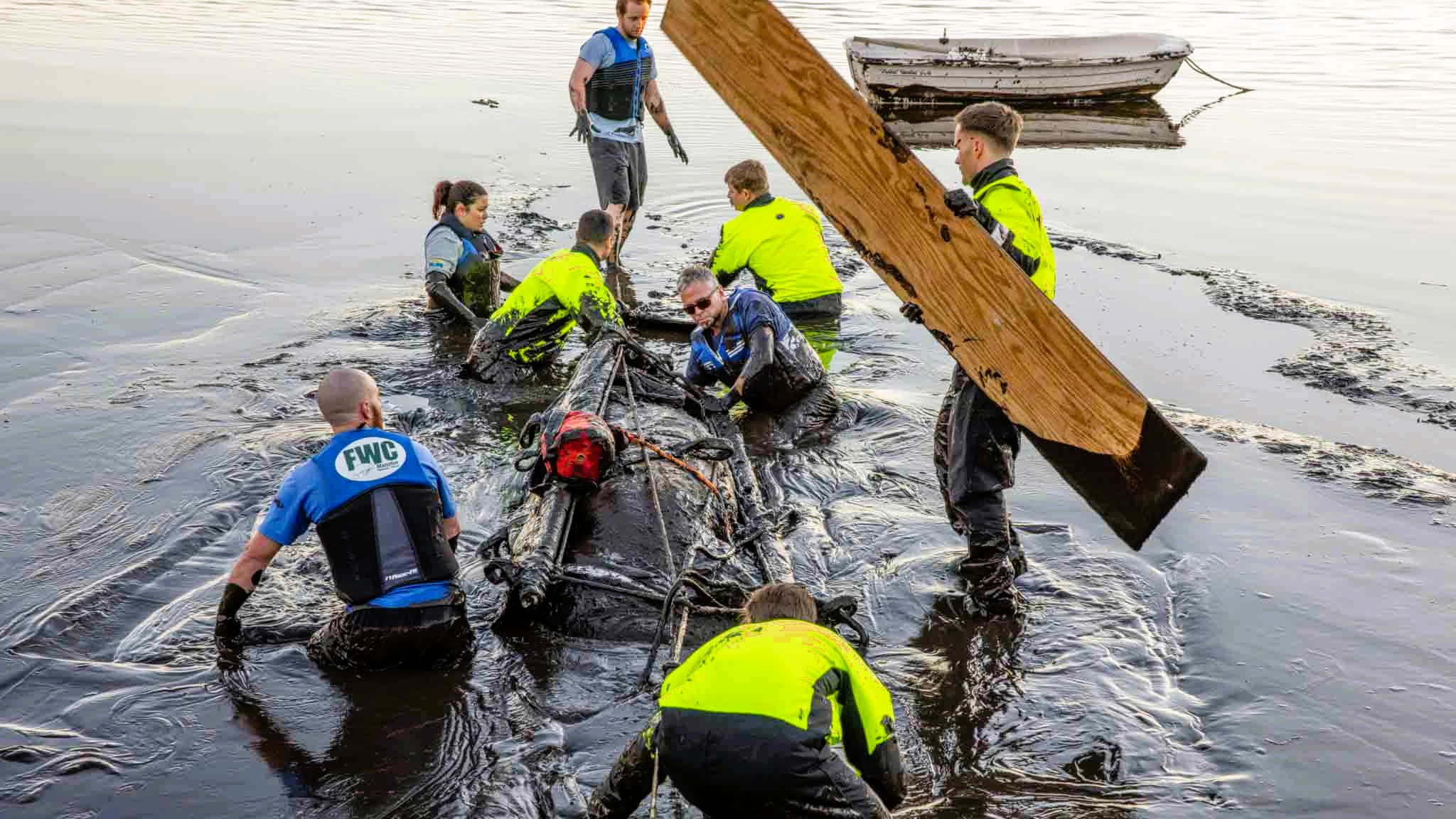 By the time firefighters from Station 4’s Special Operations Team and Florida Fish officials got to the scene, the aquatic mammal was obviously tired from trying to get back to deeper water.

“It was trying to get to water. You could see quite a long trail that it left and worked,” Prosswimmer said. “They were our special operations team, so they were the right crew for it. They had the right equipment.”

Crews rolled the manatee into a special fabric cradle attached to a winch on shore and slowly guided it through the dark river mud and hip-high water, Prosswimmer said. 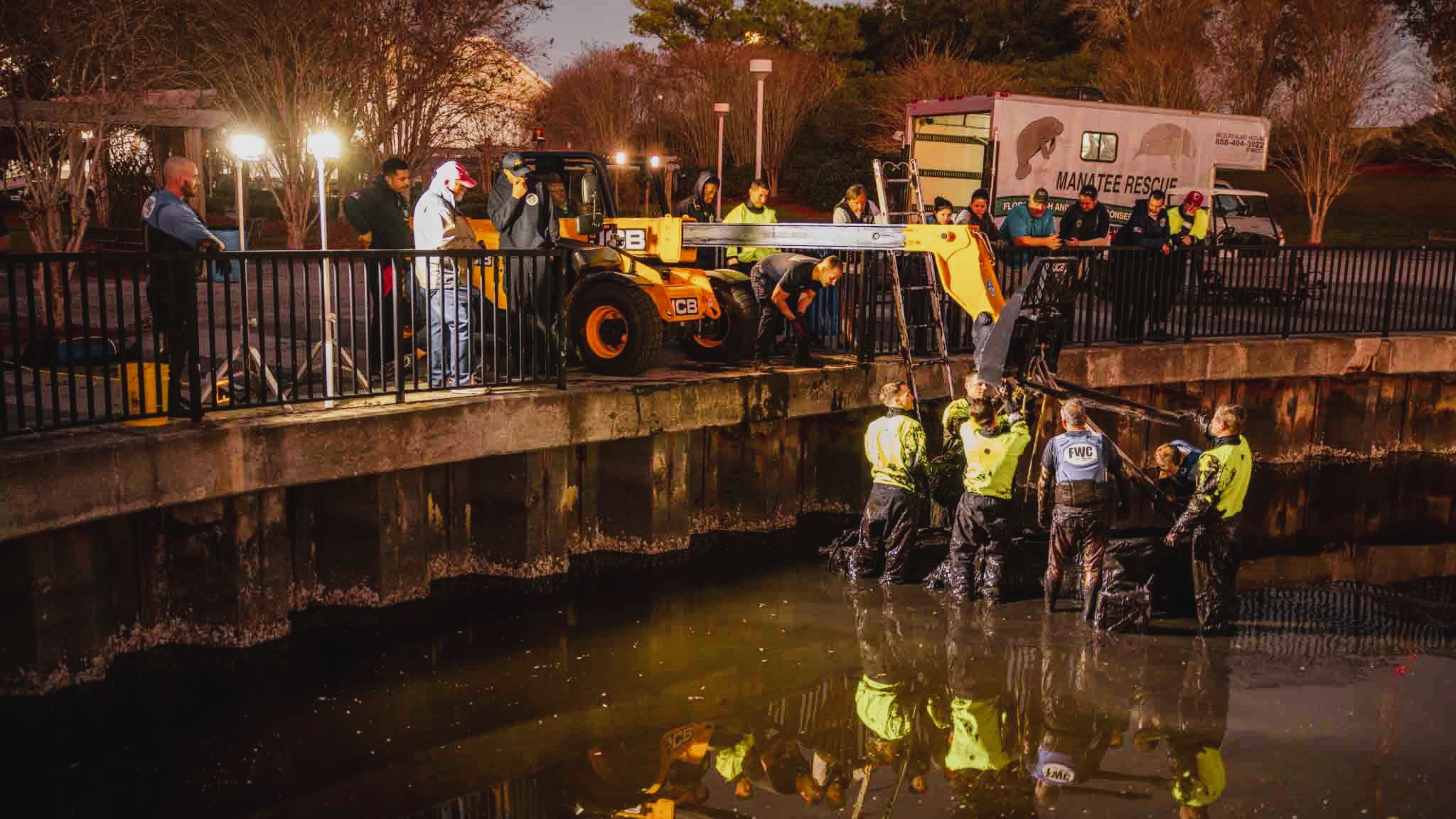 “The winch pulled it all the way back to the shore, then they lifted it with a forklift,” he said.

Prosswimmer said they don’t know how long the manatee had been stuck in the mud. 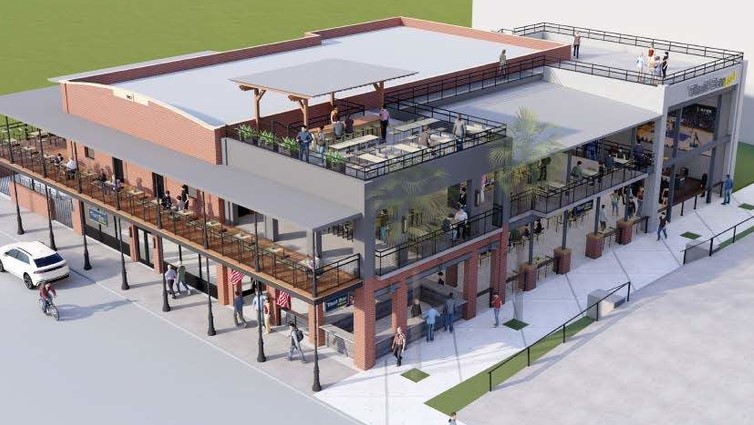 News That Bar at the Arena plans rooftop deck

The 113-year-old building next to VyStar Veterans Memorial Arena could get covered seating and a rooftop deck. Read More