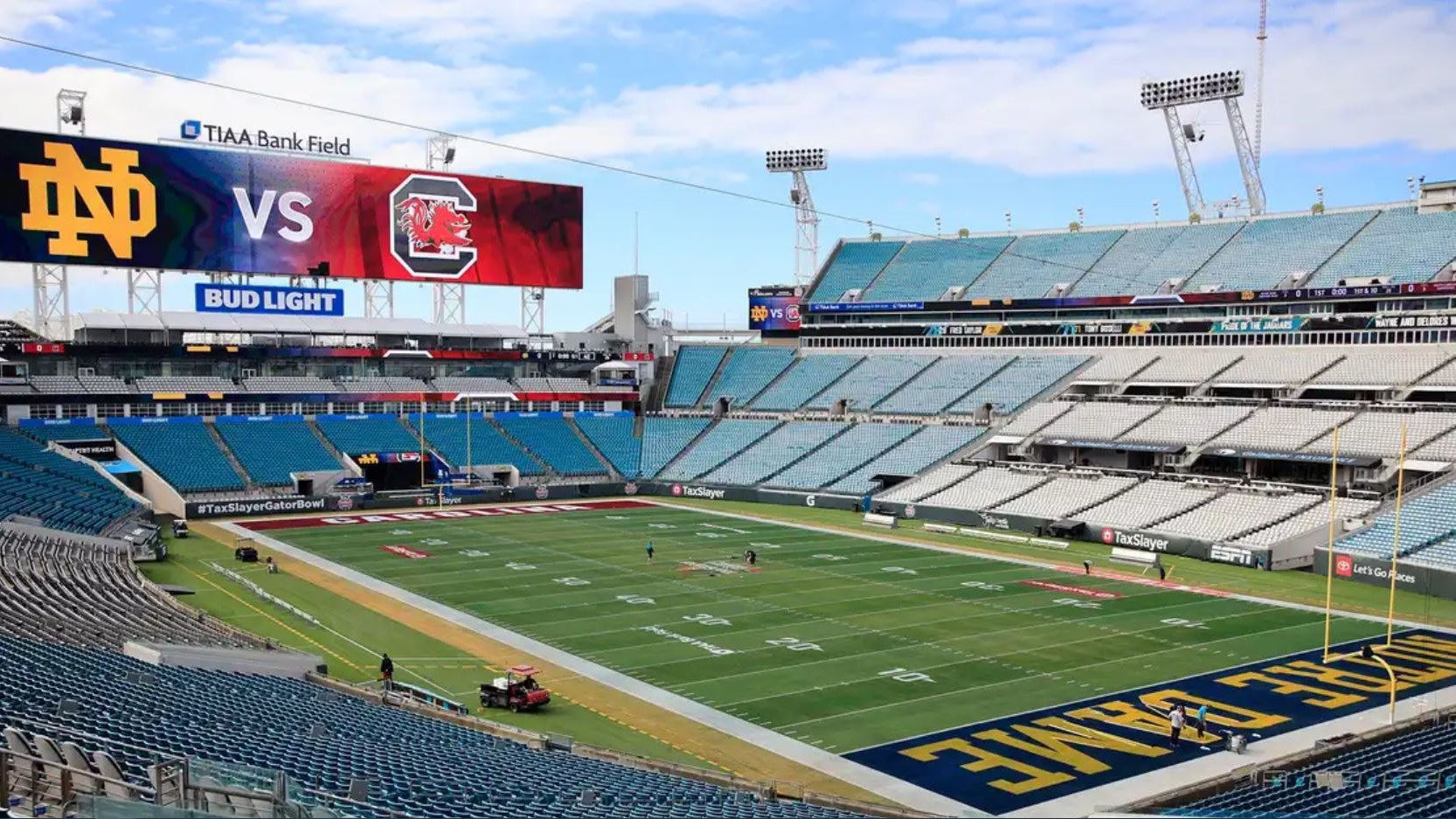 When the 78th TaxSlayer Gator Bowl kicks off Friday, it will feature a big crowd and marquee matchup as it did for so many years before the pandemic.

Notre Dame and South Carolina kick off at 3:30 p.m.

This year is the first time in 17 years that both Gator Bowl participants are ranked in the AP Top 25 — Notre Dame at No. 19 and South Carolina at No. 20.

Notre Dame, with a national following, will play in Jacksonville for the first time in six years. Meanwhile, most of South Carolina’s fan base is within a one-day drive that bowl organizers covet. The Gamecocks are playing in the Gator Bowl for the first time in 35 years. Both teams arrive with 8-4 records.

After a 2021 contest that featured 5-7 Rutgers replacing Texas A&M after a COVID-19 outbreak, Gator Bowl Sports President and CEO Greg McGarity says he is excited for kickoff.

“It means the world to us,” McGarity said. “It means the world to the city, the community, and really college football and the bowl season to be able to have two top 25 teams here that both have a tremendous following and assuring if not a sellout pretty close to it in the stadium for Friday afternoon.”

The hastily rearranged 2021 game drew an attendance of 28,508, the second-smallest crowd since 1951. The game between Kentucky and North Carolina State after the 2020 season was hindered by social distancing restrictions and drew 10,422 spectators.

McGarity said this year’s matchup has the potential to highlight what Jacksonville could offer when the College Football Playoff expands to 12 teams after the 2024 season. He identified Nashville, Charlotte and Las Vegas as the type of cities, from a facilities and amenities perspective, that Jacksonville is competing with to host premier college football bowl games.

“You have to prove that you can stage a big-time game,” McGarity said. “And, we’re able to do that with the hotels, the services and everything in the community that is afforded any visitor to this area. We’re just blessed with so many natural resources.” 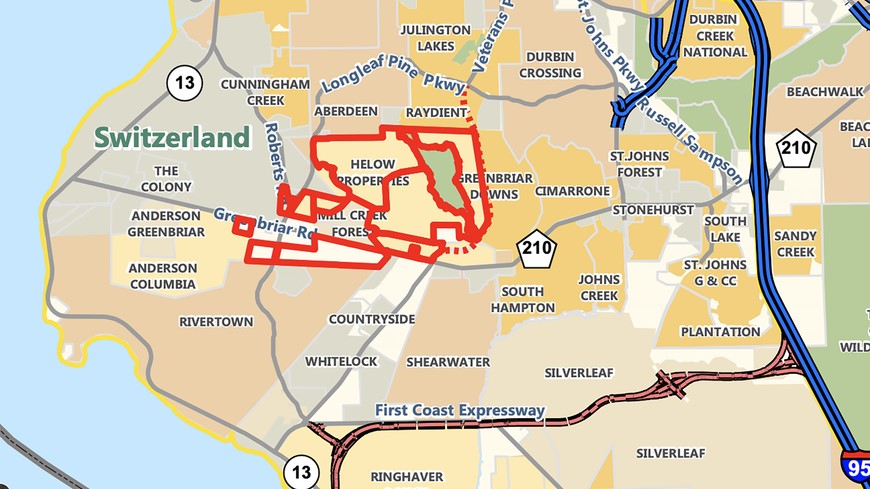 BTI Partners plans to build more than 2,000 single-family homes after acquiring 1,300 acres in northwest St. Johns County for $31.33 million on Tuesday. The property is on Greenbriar Road, also called County Road 210 West. It is between Veterans and Longleaf parkways. It’s the second deal in December for BTI, based in Fort Lauderdale. On Dec. 16, BTI paid ...
END_OF_DOCUMENT_TOKEN_TO_BE_REPLACED
Read More