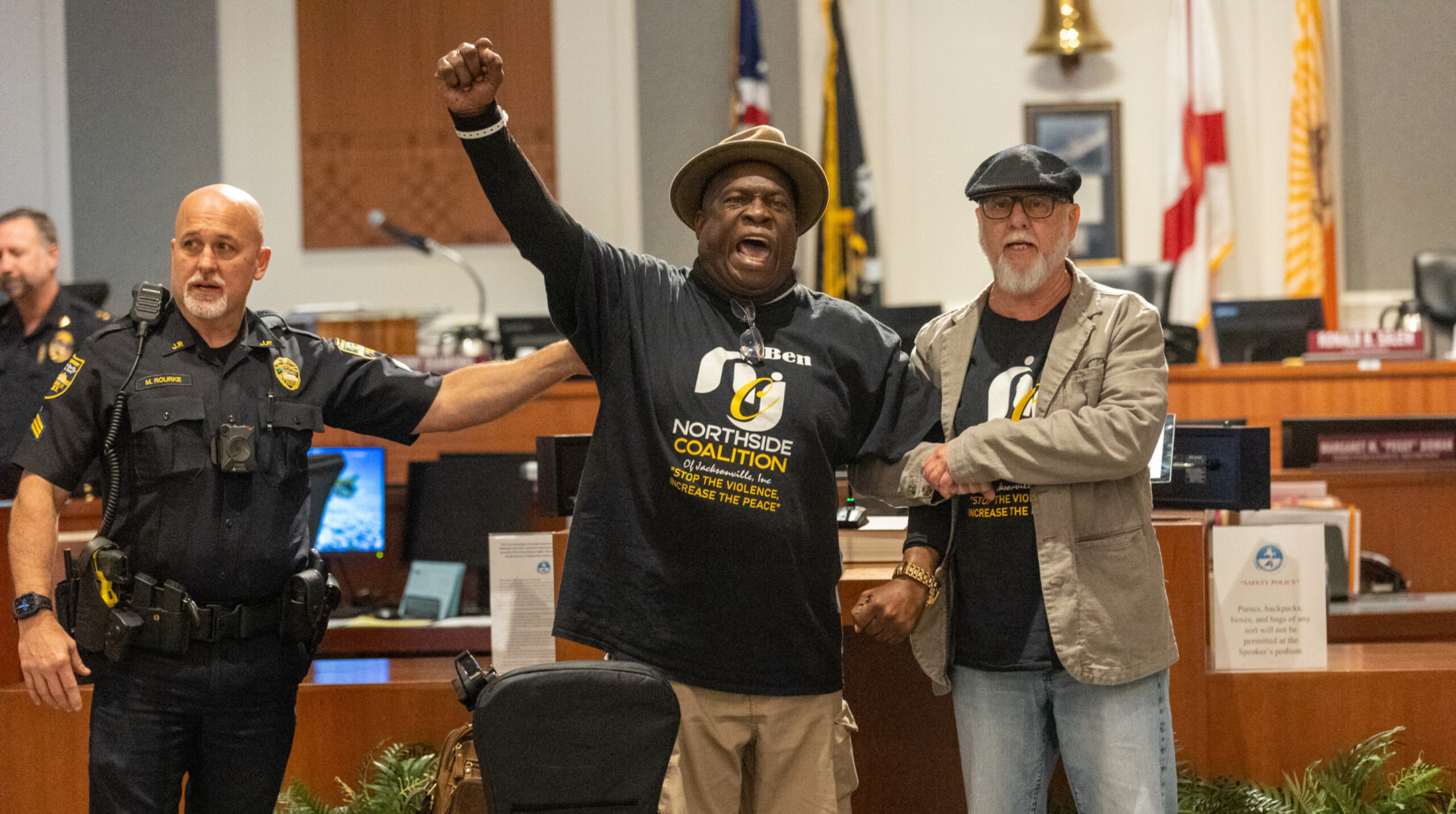 PHOTO ESSAY | ‘Take them down!’

Activists with the Northside Coalition and other civil rights groups implored the Jacksonville City Council Tuesday to remove the Confederate monument in Springfield Park, while a faction of speakers asked the Council to keep them up.

Before the meeting, protests began in James Weldon Johnson Park when an organist played a few moments before 4 p.m. and Northside Coalition founder Ben Frazier made clear his mission – the removal of the statue.

“If they wanted to do it tonight, they have the power to do it,” said Frazier.

Instead, Frazier was arrested Tuesday, charged with trespassing with warning and resisting arrest following his remarks before the City Council. When he was handcuffed, Frazier was still wearing a hospital ID bracelet from a cancer treatment earlier in the day.

Council President Terrance Freeman said there would be “no tolerance of outburst or disruptions” and limited public comment to 65 seconds instead of the typical 150 seconds.

John Phillips, a local attorney who represents Frazier, told Jacksonville Today after his arrest: “This isn’t a minute-long issue …Clearly, we have issues with who gets persecuted and prosecuted for speech and who doesn’t.

Mayor Lenny Curry put funding in his budget for removing the monument, which the city Council approved but has not acted to use.

“They have decided to ignore the issue, Each member should take a position,” Curry Tweeted on Tuesday night. “Yes or No on monument removal. Take a vote. Do your job on tough issues.” 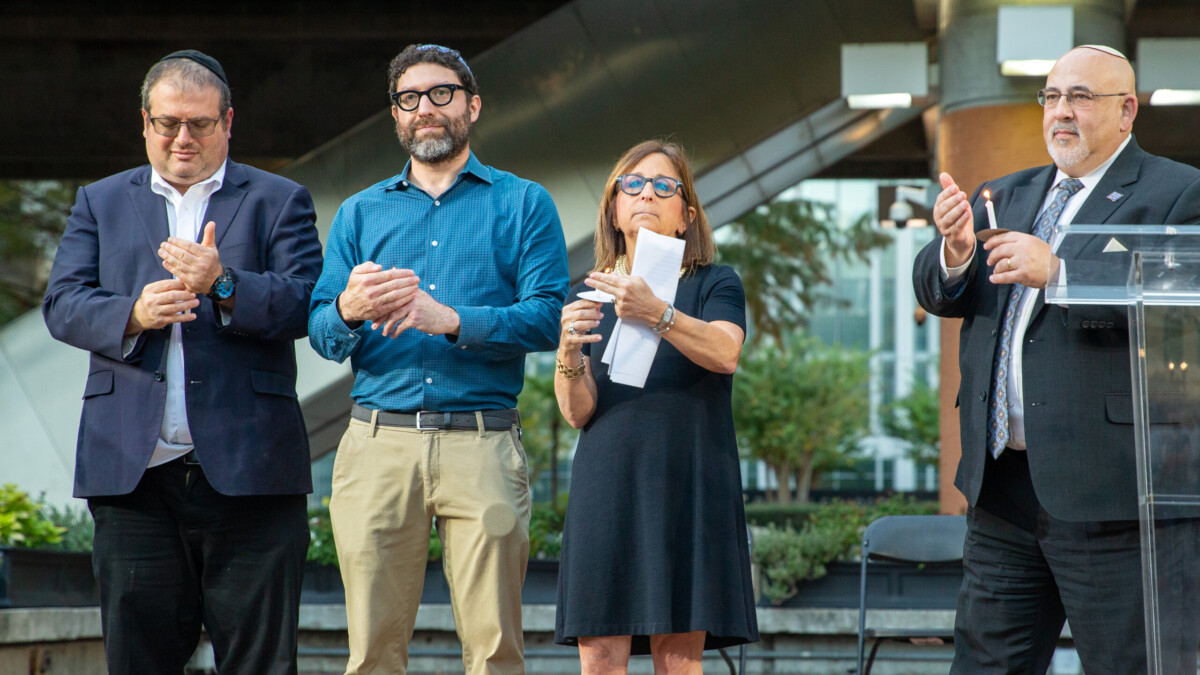 Mariam Feist was direct: It is going to take a community-wide effort to “combat the root causes of bias.” Feist, CEO of the Jewish Federation & Foundation of Northeast Florida, was among the hundreds who gathered at James Weldon Johnson Park on Thursday evening for a unity vigil to denounce the series of anti-Semitic incidents in Jacksonville last weekend. “Jacksonville ...
END_OF_DOCUMENT_TOKEN_TO_BE_REPLACED
Read More