According to the version of events that Jacksonville’s city lawyers told a federal court, the City Council passed a redistricting map last month that carefully considered many factors: The council wanted a map that was “as logical and compact a geographical pattern as possible,” one that honored planning district boundaries, major roads and waterways, one that considered socioeconomic demographics and one that maintained Republicans’ advantage.

But if council members agreed to those criteria, they didn’t do so in public.

The city’s claim that Council approved seven principles that drove redistricting raises questions about whether Council members made mapmaking decisions in private meetings with city staff — which may have violated Florida’s open-government Sunshine Law.

She says the problem is: City staff are “answering all the questions the council members would’ve had, and when they come to the public meeting, there’s just a vote. The public doesn’t have the opportunity to 1) understand why they came to that decision or 2) to question them.”

“In the Sunshine Law, there’s a provision that everyone has the right to speak,” she says. “If we don’t know why they made a decision or what their rationale is, how can we ask questions? We don’t know why they’re doing what they’re doing. I would argue those one-on-one meetings are a violation of law. At the very least, they’re a violation of the spirit and intent of the law.”

U.S. District Judge Marcia Morales Howard, who this year struck down the city’s first redistricting as a racial gerrymander, has said she would order new maps based on filings from the city and the plaintiffs, which include the Jacksonville Branch of the NAACP. The Duval Supervisor of Elections Office has said it needs those maps in place by Dec. 16 in order to use them in the coming March municipal elections.

After Howard ordered the city to redraw its district maps, City Council President Terrance Freeman formed a special redistricting committee with a charge to “obtain legally permissible considerations for redistricting in accordance with state, federal and case law.” Yet the committee never voted on criteria before the maps were drawn.

The mapping consultant and city staff said the mapmaking criteria they used came from private meetings with council members.

In one case, a court found that a series of meetings between School Board members and a superintendent held in “rapid-fire succession” violated the Sunshine Law, even though the superintendent was “adamant that he did not act as a go-between.”

The special redistricting committee hosted its first meeting on Oct. 20, when Freeman said he didn’t want Council members to discuss criteria until after a hired consultant drew maps.

“My goal is to try to not get ahead of the process with our map drawer first rendering it and us seeing what was produced and then us going from that point,” Freeman said.

Freeman allowed Councilman Matt Carlucci to speak because he would be absent the week the Council would receive map proposals. He was the only Council member to speak at that meeting at length about partisanship, criticizing the Council’s previous map and saying the Council should prioritize a “nonpartisan” approach that “must reflect a better diversity of party, thus opening up more opportunities for people of all color.”

Then, on Nov. 1, a city consultant revealed three drafts of maps that he called Maroon, Orange and Lime, in addition to the plaintiffs’ proposed “Unity Map.”

Those one-on-one meetings, Freeman said at the Nov. 1 meeting, led to the maps before them. “I’m hearing from some of my colleagues that it sort of sounds as if you may have collaborated with, you know, others, and potentially some of us before today, to come to this conclusion of four.”

The new maps prioritized keeping District 12 Republican due to something said in Killingsworth’s private conversations with council members, even though the only publicly discussed criteria at that point was a suggestion to make the map more politically diverse.

Diamond said his meeting with Killingsworth “was very much one-way,” with Diamond telling Killingsworth what he wanted to see in the maps: neighborhoods kept together and Republican power solidified. He said he didn’t see any map drafts until 15 minutes before the first committee meeting on Nov. 1.

Gaffney said his conversation didn’t last long, and “I got no information out of him [Killingsworth] at all.”

Councilman Howland, who met separately with Killingsworth on Nov. 3, said by that point, the committee had already settled on a map, so “it was a short meeting, and we didn’t have anything to discuss.”

Councilwoman Clark-Murray said she expressed a desire to return District 9 to its old configuration. “I’d like it to remain what it is now,” she told the Tributary. She eventually voted for a map that incorporated some of her proposed changes even though she said she still dislikes the new map.

Councilwoman DeFoor met with Killingsworth twice after the initial maps came out to advocate for uniting Riverside, Avondale and Ortega. She said that by the time they met “it was a done deal. By the time I was able to get any type of review and response at all, everything had consequences, so if you put back Riverside it impacted all these other areas.”

Council members Carrico, White, Ferraro and Pittman did not answer questions about their private meetings.

Even after Johnson presented the maps, Council members continued holding private meetings with him and Killingsworth, including during recesses ahead of the Council’s final vote on Nov. 4.

During the meeting on Nov. 4, the Council took four back-to-back recesses in a one-hour period. During those recesses, White and DeFoor each said they wanted to look at proposals with Johnson to see if they could reach an agreement.

After the second recess, DeFoor said the attempted changes wouldn’t work, and the Council took a vote on the overall map that failed.

Councilman White then asked for another recess so he could reconsider. When the Council’s public meeting restarted, DeFoor filed a motion to reconsider the litigation and changed her vote.

No one said whether Johnson or other city staff had passed comments back and forth between the Council members, which would likely be a violation of Sunshine Law.

Amid the redistricting process, the city also tried to shield demographic data from a public records request by The Florida Times-Union, claiming it was legally privileged, even though the law only allows the city to shield “legal theories,” not factual data. The city has also said delays in releasing council members’ text messages and emails to The Tributary were “due to pending litigation.”

The city also can’t use its shade meetings — private meetings with lawyers to discuss potential settlements or strategies related to litigation expenses — to talk about legislation. Yet it appears the Council did discuss topics that later came up during council meetings.

At one point, Councilman Ron Salem began saying, “As you all know, I brought up in our shade meeting —”, when he was interrupted. Council President Terrance Freeman, without hearing Salem’s question, apparently knew what Salem was going to ask: Would the new maps affect candidates on the ballot for a special election?

If City Council members discussed that question in private at the shade meeting, they may have violated state law, Petersen said.

The state’s Sunshine Law also requires that the city provide a meeting notice that says it’s having a “shade” meeting and list the names of those who will attend the meeting. But before the first shade meeting, the meeting notice only described it as a “Special Council Meeting re Redistricting Federal Court Order.”

Salem told The Tributary he wouldn’t comment on the shade meeting, and he regretted bringing it up during the meeting.

The federal court is expected to choose new City Council maps any day now. Those maps will go into effect for the March and May 2023 municipal elections. 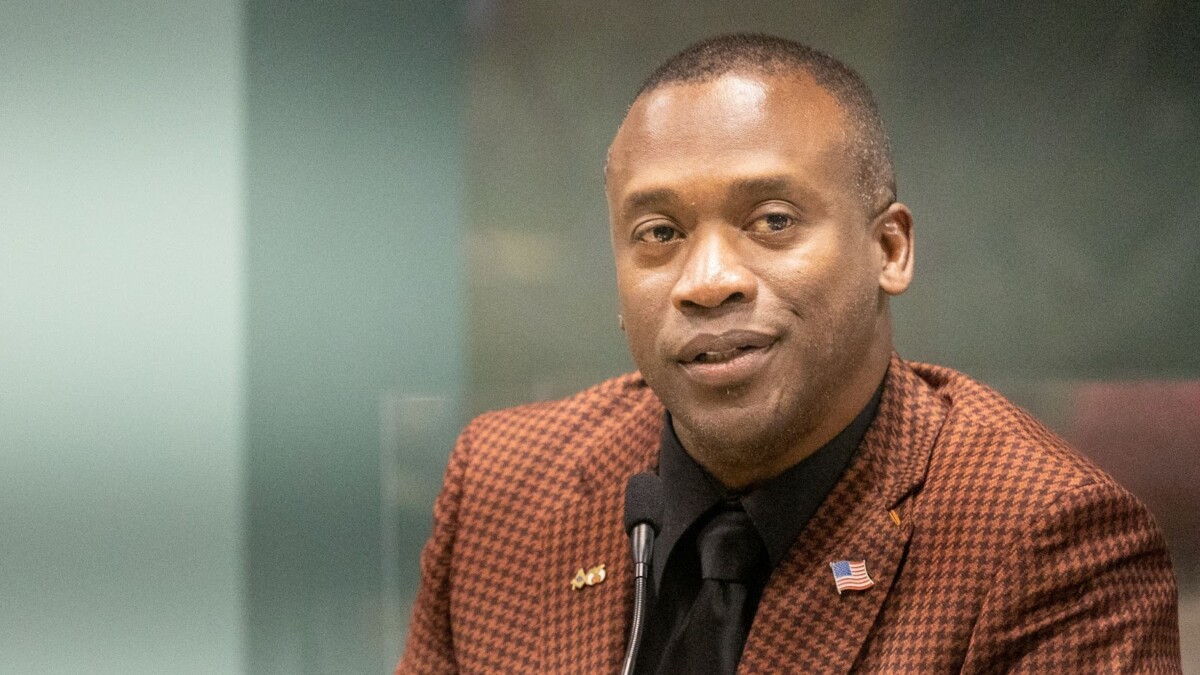 Jacksonville could soon take steps to address homelessness, a lack of affordable housing and inequitable access to healthcare.  That’s after the City Council this week will receive a 57-page report from its Special Committee on Critical Quality of Life Issues, a panel whose subcommittees met more than a dozen times over the past three months to identify problems in the ...
END_OF_DOCUMENT_TOKEN_TO_BE_REPLACED
Read More