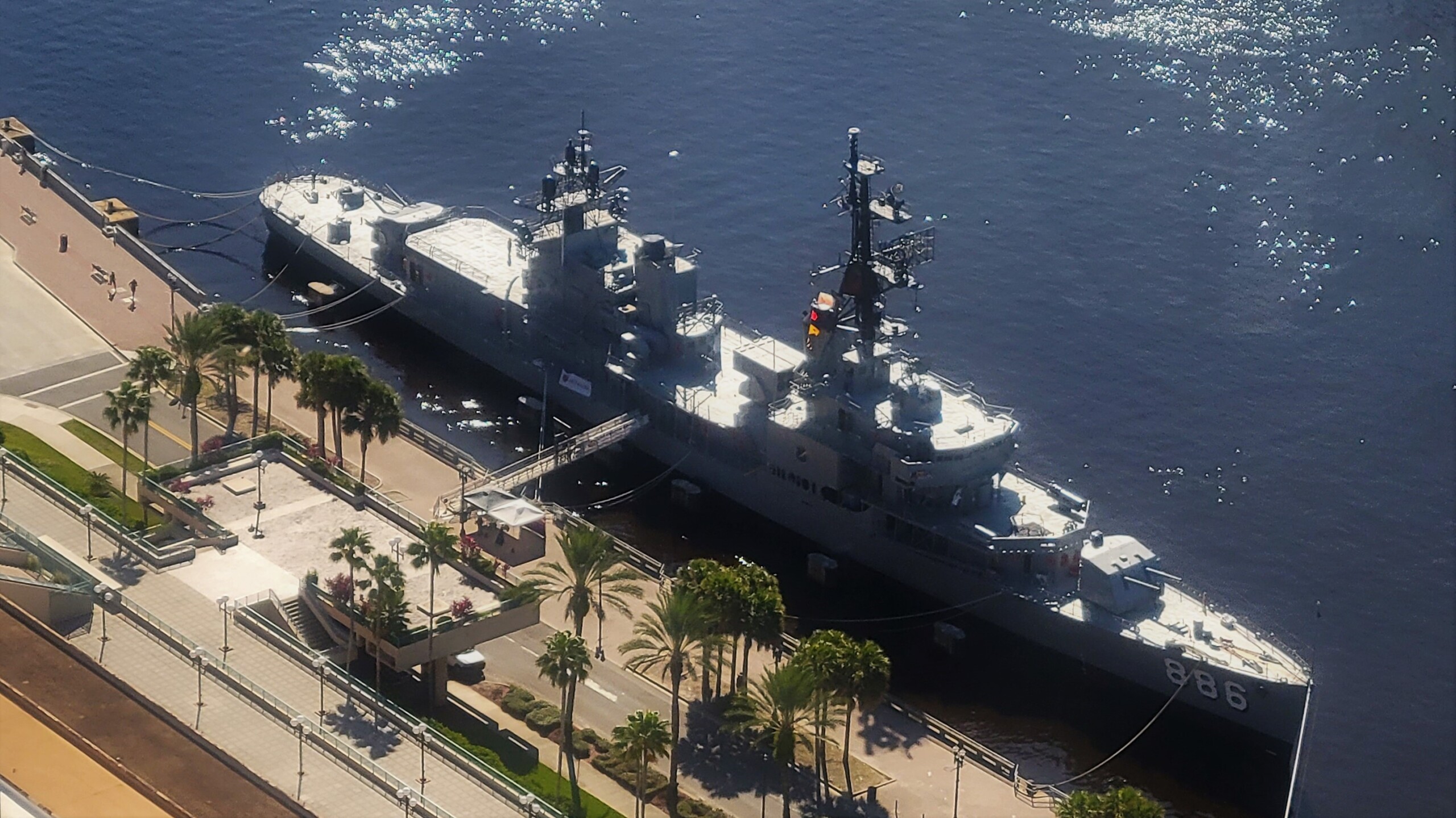 Efforts to move an historic warship parked on Jacksonville’s Downtown waterfront to its permanent home accelerated during City Council committee action this week in advance of a final decision at next Tuesday’s full council meeting.

The hotel where the Korean War-era U.S.S. Orleck is docked is asking that the move be expedited. The historic attraction has caused “significant negative financial impact” as well as guest complaints that it spoils the view, the Hyatt Regency Jacksonville manager said on Monday.

At the same time, committee members heard a request to hold off on the emergency move until a better site than Pier 1, just east of the Berkman Plaza marina, can be found.

Hyatt Regency Jacksonville General Manager Joe Hindsley told a City Council committee that he did not know the Orleck was going to be in front of his 950-room hotel until just days before it got there in late March. While he said he wants museums for his guests to go to, he has concerns about a ship docked in front of his riverfront hotel and its observation decks.

Hindsley said, “We have a lot of people being married on those decks and they expect panoramic views of the St. Johns River and the iconic Main Street Bridge, and we haven’t been able to deliver on that, and we now have a lot of business at risk in the next year. So we would like to see the ship moved as quickly as possible.”

But William Harrell, who represents a proposed Veterans Museum planned for the Orleck’s future home, asked for more time to find another site for the ship. He said the Pier 1 site would kill any future for his proposed museum because the city doesn’t have a lot of public parking planned there.

“I consider Pier 1 a hellhole from which the Orleck would simply, gradually go broke from lack of public access,” Harrell said. “And it certainly would be accelerated to go broke because they will spend well over $500,000, probably closer to three-quarters of a million dollars, in order to implement this move.”

But Jacksonville Naval Museum President Dan Bean said his association’s agreement with the city has always been to move the ship to Pier 1. And he wants proof that the Orleck’s current location has economically hurt the Hyatt. The two entities have done drink and food promotions together and even co-hosted a 4th of July fireworks viewing party, he noted.

“To the contrary, I think we have been a positive to them. I’d love to see the proof. But if they don’t want to have the most decorated warship in American Navy history since Vietnam in front of them, then frankly we don’t want to be in front of them,” Bean said. “We had over 10,000 people attend our warship and tour our warship. We have events all the way through 2022, and we are starting to book into 2023. We have done what we said we could do as far as being an attraction and drawing people Downtown.”

The Gearing-class destroyer was built in 1945 and operated in the Navy’s 7th Fleet during the Korean War. The 390-foot warship then did duty during the Vietnam War, wearing the nickname “The Grey Ghost of the Vietnam Coast.” The Orleck later served as a training ship before its sale in 1987 to the Turkish Navy, where it served until 2000.

The Orleck became a floating museum in Texas, then moved in 2010 to Lake Charles, Louisiana, as part of another waterfront attraction. Ownership was transferred in 2019 to the Jacksonville Naval Museum, and towed this March to its current Downtown site outside the Hyatt on East Coastline Drive.

The Orleck was supposed to move in October to Pier 1, behind Fire Station 3 on East Bay Street, as part a new Downtown museum district between TIAA Bank Field and the Berkman Plaza. The historic fire station was moved in late March to its 620 E. Bay St. site. But while the brick fire station is being prepared for use now, no work has begun on modifying the pier behind it for the Orleck’s arrival. 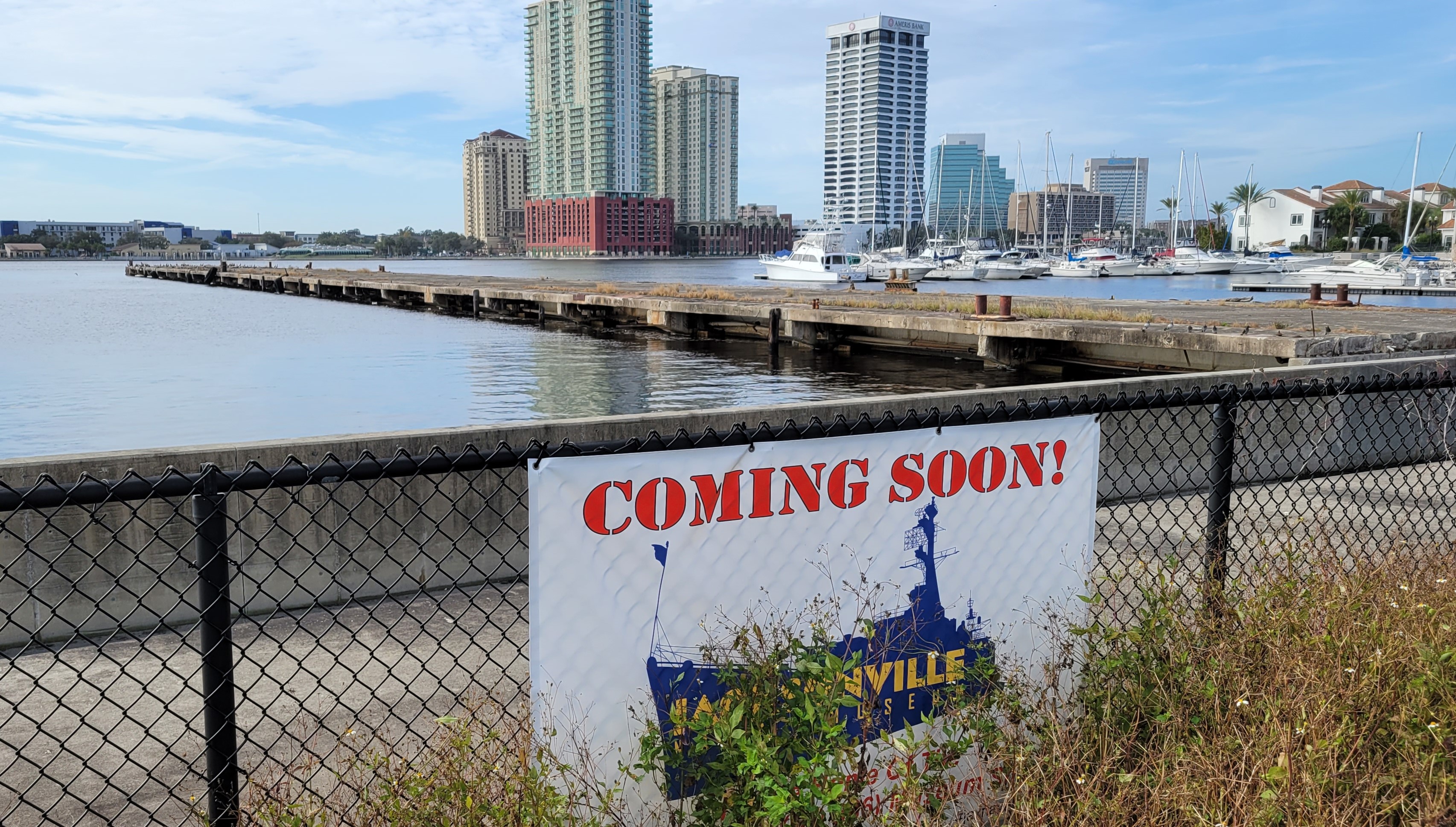 Then came an emergency measure from the mayor’s office on Nov. 22 so the Jacksonville Historic Naval Ship Association could do that prep work and the U.S.S. Orleck could move soon. That emergency bill allows for installation of eight mooring bollards as well as “dolphins” — pilings sunk into the river bottom to hold the Orleck in place — to safely moor the destroyer.

During Monday’s Neighborhoods, Community Services, Public Health and Safety Committee meeting, City Chief Administrative Officer Brian Hughes said the administration is supportive of the U.S.S. Orleck project and has granted deadline extensions to help it succeed. The emergency bill offers the museum association a way to “focus their dollars on the permanency they have so desperately expressed,” since it has not lived up to the agreement to move, and the hotel has “real and valid concerns” with where it is now.

“If this committee doesn’t want to approve this … what we are going to have to do is ask the folks at the Orleck to do what they initially didn’t want to do: take the ship to a commercial berth or another location where they will have to pay thousands of dollars that they just a few months ago told us they did not have,” Hughes said.

“If we give them a temporary construction easement, they at least have the authority to work on the city property,” she said. “They have provided us evidence that they have the funds to enter into the contract with the marine contractor and build the mooring improvements so that in a few months they could relocate the ship.”

As for missing a previous city deadline to move, Bean said that some of that was due to the multiple delays in demolishing the shell of the Berkman II condominium next to the proposed Pier 1 site, which was done in March. And he added that the Pier 1 upgrade contract was signed between the association and the contractor this week.

“We don’t have the budget to spend a half million dollars fixing one pier, then be told by the city that we are going to another pier. We don’t have that luxury,” Bean said. “We had no guarantee from the city that if we fixed Pier 1 and were told to go to Pier 4 or somewhere else, that we would be reimbursed for that. So the reason for delaying the execution of the (upgrade) contract is that.” 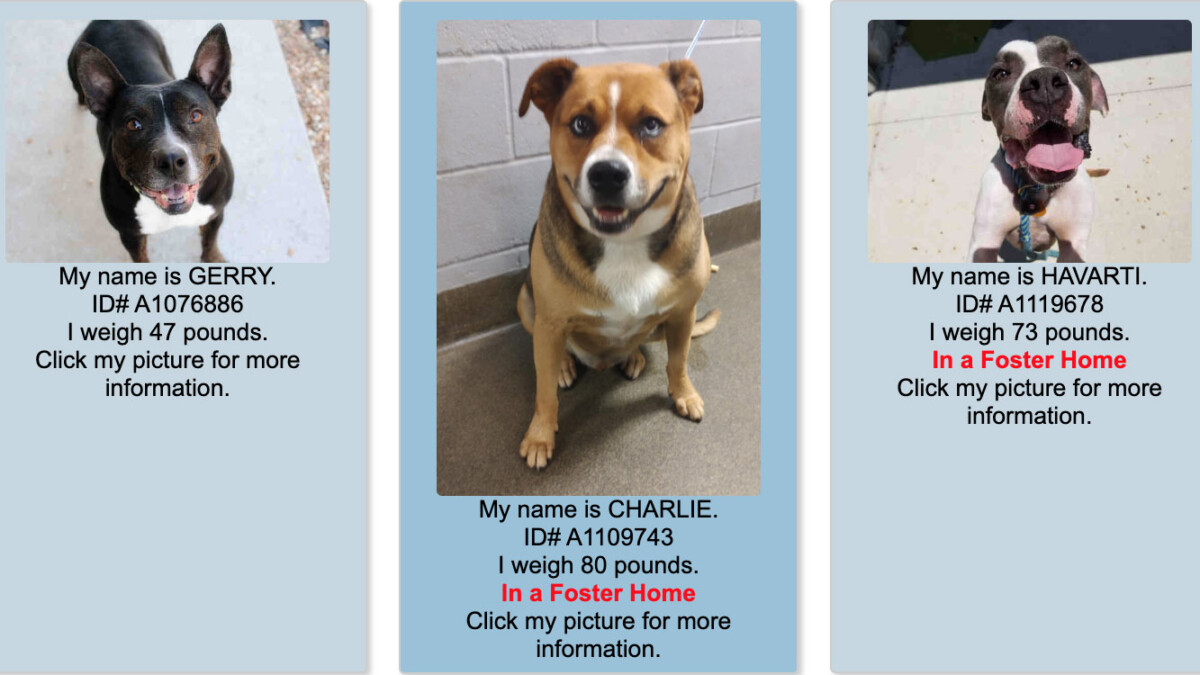 Jacksonville’s city-run shelter is refusing most new dogs for at least two weeks after pneumovirus was detected. While just one dog has tested positive so far, another has shown mild symptoms, leading the shelter to place 130 exposed dogs under quarantine while they monitor for more cases. Pneumovirus is a contagious respiratory virus that causes symptoms like coughing, sneezing and ...
END_OF_DOCUMENT_TOKEN_TO_BE_REPLACED
Read More