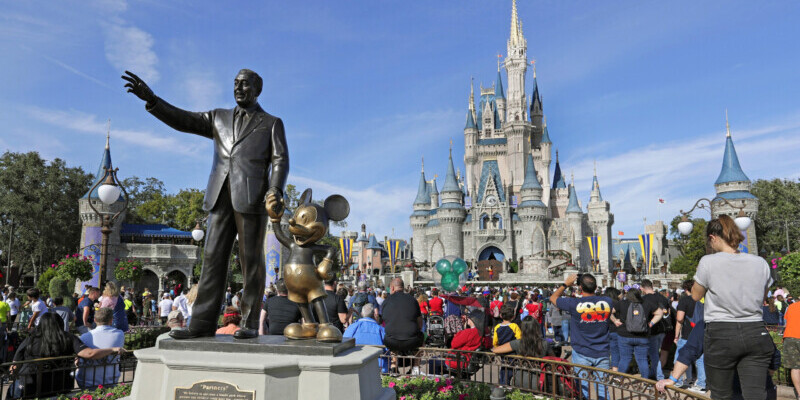 In April, the legislature voted to end Disney’s ability to operate semi-independently of the state. In response, the company warned its bond debt of nearly a billion dollars could fall on Florida taxpayers.

The spat began after the company’s former chief executive Bob Chapek publicly criticized a new Florida law that bans instruction on gender and sexual identity in K-3rd grade public school classrooms. The law states such discussions must be age-appropriate in higher grades. Opponents dubbed the measure the “Don’t Say Gay” law. Chapek spoke out against it after facing pressure

from some Disney employees over his perceived silence. When he did speak out against the measure, he angered the state’s Republican leaders, including Gov. Ron DeSantis.

The move led lawmakers to introduce a bill that eliminated Disney’s semi-autonomous government status, effectively dissolving its special taxing district, called Reedy Creek. Under the law, the district is set to go away next year.

During an August interview on the Bond Buyer podcast, the state’s bond finance director, Ben Watkins, noted lawmakers always intended to come back later to spell out how the dissolution of Reedy Creek would work.

Watkins told the podcast that the state would create a new entity to assume Disney’s debts, while also placing state appointees onto that new entity’s board in an oversight role. Florida taxpayers, he said, would be off the hook while Disney would pay the bill.

In November, Chapek stepped down as CEO. The company’s former head, Bob Iger, has returned to the position. According to CNBC, Iger apologized to Disney employees for the company getting dragged into the political fray.

“I was sorry to see us dragged into the that battle, and I have no idea exactly what its ramifications are,” he said regarding the fallout to the company from Chapek’s comments.

The Jacksonville Sheriff’s Office is investigating a drive-by shooting that killed a 13-year-old boy and injured others in Northwest Jacksonville.The shooting happened Saturday evening at the intersection of New Kings and Moncrief roads. JSO said four boys from the ages 11 to 15 years old and a 21-year-old man, who is believed to be their football coach, were headed home ...
END_OF_DOCUMENT_TOKEN_TO_BE_REPLACED
Read More