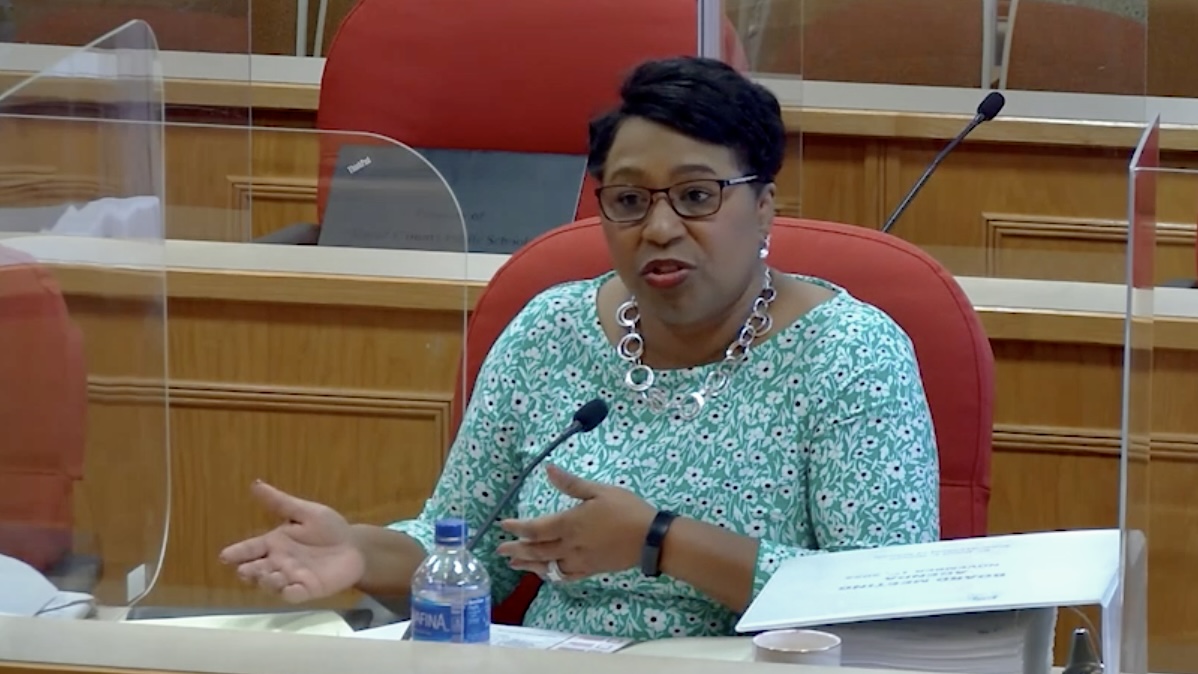 OPINION | The education of Diana Greene

Could Duval superintendent be the most thankless job in local politics?
By A.G. Gancarski
Published on December 4, 2022 at 8:51 pm

Duval County Public Schools Superintendent Diana Greene is nearing half a decade in her position, a remarkable feat.

Greene, who was honored as Florida’s Superintendent of the Year last year, is nearing the 21st century tenure record of Ed Pratt-Dannals, who also had roughly five years as supe.

She has a ways to go before she matches superintendents of the 20th century, such as Herb Sang and Ish Brant. Each of them got over a decade in the role. But it’s a testament to Greene’s staying power and political savvy that she’s survived in one of the most politicized periods in Jacksonville schools since desegregation in the 1970s.

And at least for the foreseeable future, she will be compelled to continue to survive despite being buffeted by external political forces, with no mandate beyond the will of a School Board radically different from the one that first hired her. Thus, her policy moves should be analyzed through that pragmatic lens.

The Duval superintendent, of course, is not an elected position. But it wasn’t for lack of trying on the part of Mayor Lenny Curry.

Back in 2020, Curry ally Jason Fischer carried a controversial “local bill” in Tallahassee that would have changed the local charter to make the position elected, not appointed.

Fischer’s proposal was regarded with skepticism by those who took a dim view of his former tenure as one of two conservatives on a left-of-center Duval School Board. He claimed an appointed leader was the “tool of politicians.”

The idea of an elected superintendent was popular with voters polled by UNF, more popular than Greene in fact: 70% of voters wanted to vote for a school leader while 25% preferred the status quo. Greene, meanwhile, had 44% approval and 28% disapproval.

This poll was from late 2019, before the pandemic that turned K-12 classrooms into culture war battlegrounds, and before a seismic change that filtered from the governor’s office to local school politics.

When Richard Corcoran was appointed secretary of education, he proved provocative, including by taking a stand against Duval’s push for a half-cent sales tax for school capital needs that Greene keyed. He said students could “learn Plato under a tree” and didn’t need “Taj Mahals” for book learnin’.

On matters ranging from mask mandates to failing schools, Corcoran was an agent of disruption for Duval and other largely urban school districts, as the DeSantis administration made other bold moves.

The governor’s office successfully pushed for the Parental Rights in Education bill, overcoming national media opprobrium against the “Don’t Say Gay” legislation. Meanwhile, he placed Neptune Beach’s Esther Byrd on the Board of Education, unmoved by incendiary comments she made defending, among other things, the Jan. 6 insurrection.

And Duval’s School Board? Well, elections had consequences.

Whereas Chamber of Commerce Republicans and the like couldn’t get traction in previous election cycles, in this one, the hard right made its move on the School Board this August, with April Carney joining Charlotte Joyce and creating a nominal GOP majority on the purportedly non-partisan panel. As the Republican Party of Duval County noted: “These victories officially FLIP the School Board to majority registered Republicans 4-3. More importantly it rejects the WOKE indoctrination, sexualization, and Marxist policies that have been allowed to occur and puts the power back into the hands of PARENTS!”

This is the world in which Diana Greene now operates. A culture war crucible, much different from the more convivial environment when she was appointed in 2018.

Greene now operates in a sphere where the board is farther right than it’s been in a while, where the state of Florida is increasingly and gleefully intrusive in the affairs of local school districts. The best way to avoid career-killing drama is to anticipate what won’t tick off authorities on the local right or in Tallahassee, and that risk aversion is perhaps best illustrated by the district’s handling of LGBTQ+ issues.

As Jacksonville Today reported last week, Duval Schools cut its contract with JASMYN, the local LGBTQ-youth support organization, after a conservative website called attention to a since-deleted Instagram post by JASMYN, promoting a board game event with a penis-themed card game.

The superintendent was clear in her disapproval.

“The district simply cannot partner with the organization given their use of program materials that the district believes to be inappropriate for use with children,” Greene wrote to principals.

Feedback was swift and severe. Teacher and blogger Chris Guerreri said Greene was guilty of a “year-long assault on the LGBT community.”

The Grumpy Old Teacher blog made similar points, noting the truncation of the district’s LGBTQ+ support guide and removal of symbols of support for these students, before contending that the district ultimately made a conscious choice to jettison JASMYN: “A blogger seized upon the post and magnified it into a maybe-controversy … Duval County could have ignored this. They didn’t.”

Ultimately, though, the superintendent (appointed, recall) could not ignore that no-doubt-about-it controversy. Not employed by a School Board with multiple Moms for Liberty members.

Not after what happened in Sarasota, where that appointee went from “highly effective” to a hurried exit and a negotiation of a severance package, all because a school board flipped red.

Not to become collateral damage in the culture war.

There is relatively recent precedent for a superintendent facing political pressure.

Before he went to Detroit, then-Duval Supe Nikolai Vitti faced a number of political attacks from board members and members of the public, including former U.S. Rep. Corrine Brown. He left on his own terms, but not after an extended period where school district drama took on a life of its own.

Vitti had a lot of allies who stood by him in an era before the intense politicization of K-12 in the COVID era. Would Diana Greene have the same boost?

The reality is this: in Ron DeSantis’ Florida, an appointed superintendent is at the whim of school boards in a way that wasn’t the case when she was hired in 2018.

Expect Greene to continue to make peace with being an agent of this board’s will even if critics carp. Ultimately, that’s the job she was hired, not elected, to do. It’s one that pays better than being an ex-superintendent would. 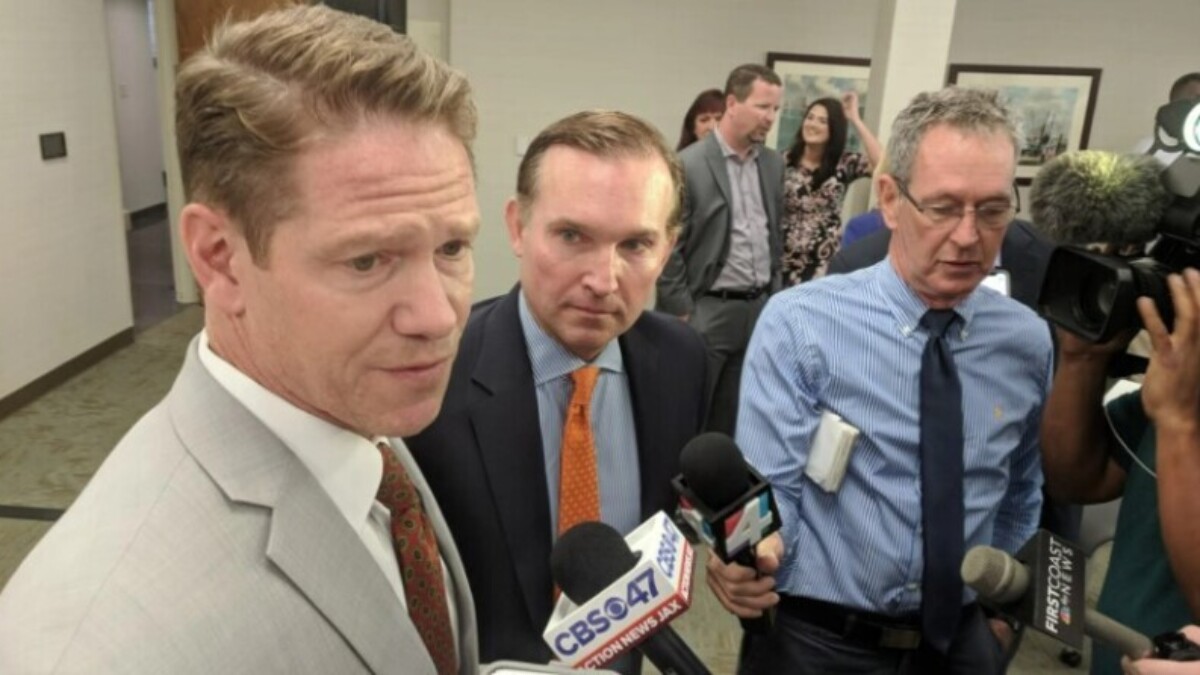 I’ve written about politics in this town for many years and expressed my share of frustrations, including with candidates running for higher office while still an incumbent. The most glaring example of that obviously has been mayoral races, where a member of the City Council runs more often than not. When candidacy and incumbency converge, it raises questions about what ...
END_OF_DOCUMENT_TOKEN_TO_BE_REPLACED
Read More