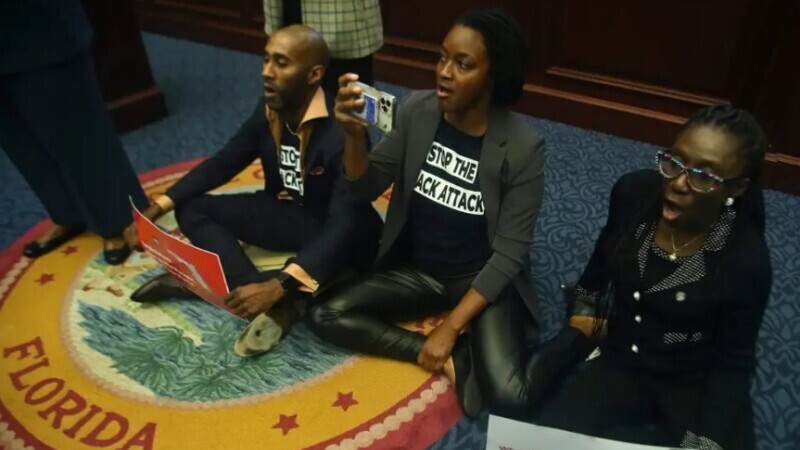 OPINION | Silence is not assent

As a child I would sometimes get in trouble in school, and then again at home, for trying to express my point of view when I disagreed with something my teachers or parents did or said.

To my insistent protestations I was rebuffed with standard parenting quips: “Stay in a child’s place” or “Stay out of grown folks’ business.” At school, I was threatened with a referral or a trip to the principal’s or dean’s office. I was silenced for speaking and then intimidated and warned against repeating the offensive behavior of protesting and petitioning the powers that be for what I then considered grievances against me. My classroom was not a democracy. My household was not a democracy.

And considering the new freedom of speech rules proposed by the Department of Management Services to govern the state Capitol, Florida may not remain as such for much longer either.

Between gerrymandered maps, control of both chambers of the Legislature and the “red wave” that swept the state in November, our state has been governed by the brute strength of one man and his followers walking the line between conservatism and extremism. The proposal from the DMS is only another iteration of that bullheaded will at work.

Under the guise of protecting the innocence of children from “prurient” public displays, the state wants to weaponize the police against protesters who peaceably assemble to petition the government when as citizens we feel we have been wronged.

Incongruently enough, the head of the administration behind this proposal, Gov. Ron DeSantis, had few words worth any meaning in response to the Confederate flag being flown over the Jaguars-Ravens game on Sunday. Instead, he dismissed this show of protest — in favor of keeping monuments of hate and lost causes — with insults and glib missives good for TV soundbites but lacking any depth or empathy towards those who are not only targeted by racist violence but reminded of its history, its manifestations in the present, and its menace to come in the future when we’d like to gather at certain parks or our children attend particular schools.

It baffles me that the same governor who used “parents’ rights” to justify laws preventing schools from providing a robust and truthful education is now relegating the life’s work of embittered sons and daughters of the South to that of “a bunch of jabronis nobody cares about.”

Some people may not care because they don’t have to,  but I — in this body, in this skin, in this country, in this city — absolutely must. Such political theater is a lethal threat. All it takes is one “jabroni” armed to the hilt to enact his racist rage while I’m at church, the grocery store, the movie theater, sitting in my car in a parking lot listening to music, sleeping in my bed, or going for a run to turn an ignored outlier into an outcry for more thoughts and prayers.

And so I wonder, how is it that hate speech and spectacle steeped in anti-Black racism is “manufactured division,” but the scapegoating of children in a scheme that only seeks to quell dissent is not considered the feckless actions of a man/administration/government afraid of opposition.

What need would there be to silence those who dare lift their voices in defense of their lives, their freedoms, their privacy, their choices, their bodies, their loves, and so much more if words did not have power?

And so I wonder, will Florida — or the U.S. at large, should Gov. Ron DeSantis run for and win the presidency — see the passage of a state or national security law, similar to China’s, that cracks down on protests and speech with violence? Will there be a creation of a specialized, tactical police unit to disband those who demand better of their elected leaders, similar to the Islamic Revolutionary Guard Corps in Iran? Will we have a “democracy” with elections decided before ballots are cast, a media that’s state run, and any telecast, broadcast or podcast of anything other than support ends in disappearances and deaths, like Russia? Meanwhile, white supremacist aggression and the growth of authoritarian populism is allowed to spread unchecked because he who has the most to benefit from such support considers it fringe.

It is both hypocritical and Orwellian that hate speech of any kind is tolerated while criticism of the government is curtailed and limited in the name of protecting the educational integrity of children.

Where is my protection?

Furthermore, what are children learning when they tour the columned and domed halls of the state Capitol and don’t see debate or discourse? What are they learning by being shielded from the visceral tension that keeps our country, our state, in a delicate balance between progress and chaos; appeasement and anarchy?

Ignoring hatred does not create peace. Silence is not assent, and the absence of opposition is not support. It is coercion. Forced cooperation. What slaveholders received from the enslaved. How Black people survived the terror of Jim Crow. What parents and teachers demand of children. Behaving as we are told and not as we want.

In school, one of my favorite subjects other than English was history. I especially enjoyed the civics lessons embedded within American history to prepare us for the Constitution test. Not only did we have to read, learn, understand and answer questions based on the Constitution but the amendments as well, the Bill of Rights especially.

“Congress shall make no law respecting an establishment of religion, or prohibiting the free exercise thereof; or abridging the freedom of speech, or of the press; or the right of the people peaceably to assemble, and to petition the Government for a redress of grievances.”

I guess this one doesn’t apply to Florida, unless it’s to protect the heritage of hate. 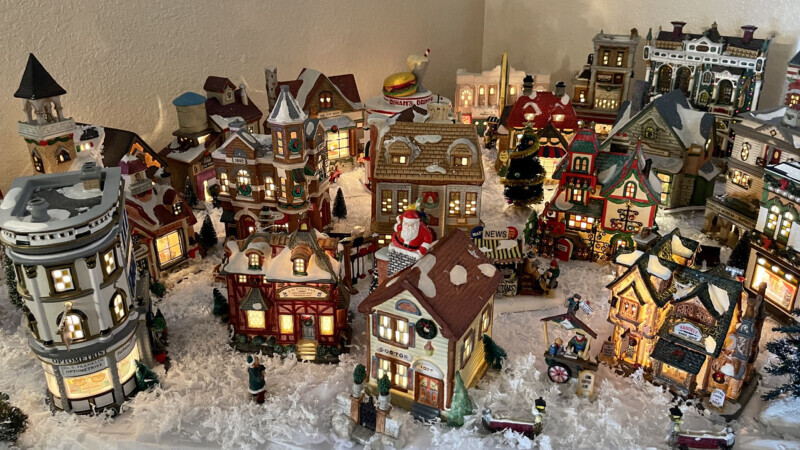 You may think your miniature Christmas Village is a quaint tribute to the building traditions of yesteryear. However, its walkable, mixed-use, architecturally diverse layout is a flagrant violation of modern zoning laws and an affront to the single-family development ascendancy. Christmas villages are popular seasonal displays in no small part because they have the qualities that make real neighborhoods and ...
END_OF_DOCUMENT_TOKEN_TO_BE_REPLACED
Read More