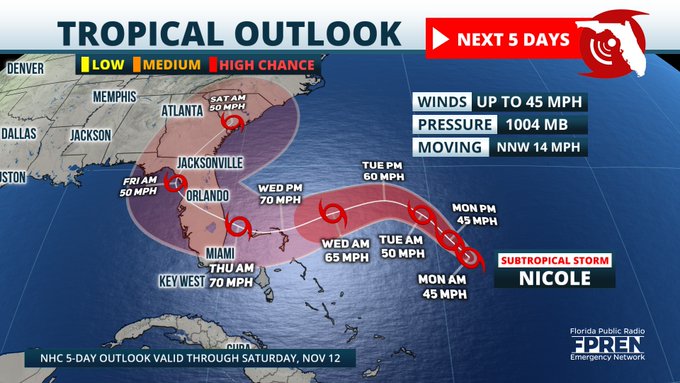 Subtropical Storm Nicole formed overnight Monday and is forecast to strengthen as it approaches Florida on Thursday.

As of early Monday morning, Nicole was located around 550 miles east of the Bahamas and moving to the north-northwest at around 14 mph. Maximum sustained winds are near 45 mph, with higher gusts.

Nicole is expected to intensify, and could be near hurricane strength as it approaches Florida’s east coast by Wednesday night.

“Nicole will be moving through the Bahamas Wednesday evening, with winds of nearly hurricane strength making their way to the Florida east coast during the predawn hours Thursday,” Ballard said. “Aside from the wind, areas hard-hit by Ian will get a one-two punch of additional heavy rainfall and storm surge.”

Ballard said Nicole is forecast to make landfall between the Space Coast and southeast Florida, but anyone along the east coast should be prepared for impacts.

Nicole could produce heavy rainfall along and south of the I-4 corridor — primarily in coastal areas — and impact areas that were hard-hit by Hurricane Ian. Rainfall totals of 3-5 inches are possible.

Nicole is expected to produce heavy rainfall by mid- to late-week, along with possible beach erosion, rough surf, and coastal flooding.

Information from the Florida Public Radio Emergency Network was used in this report. 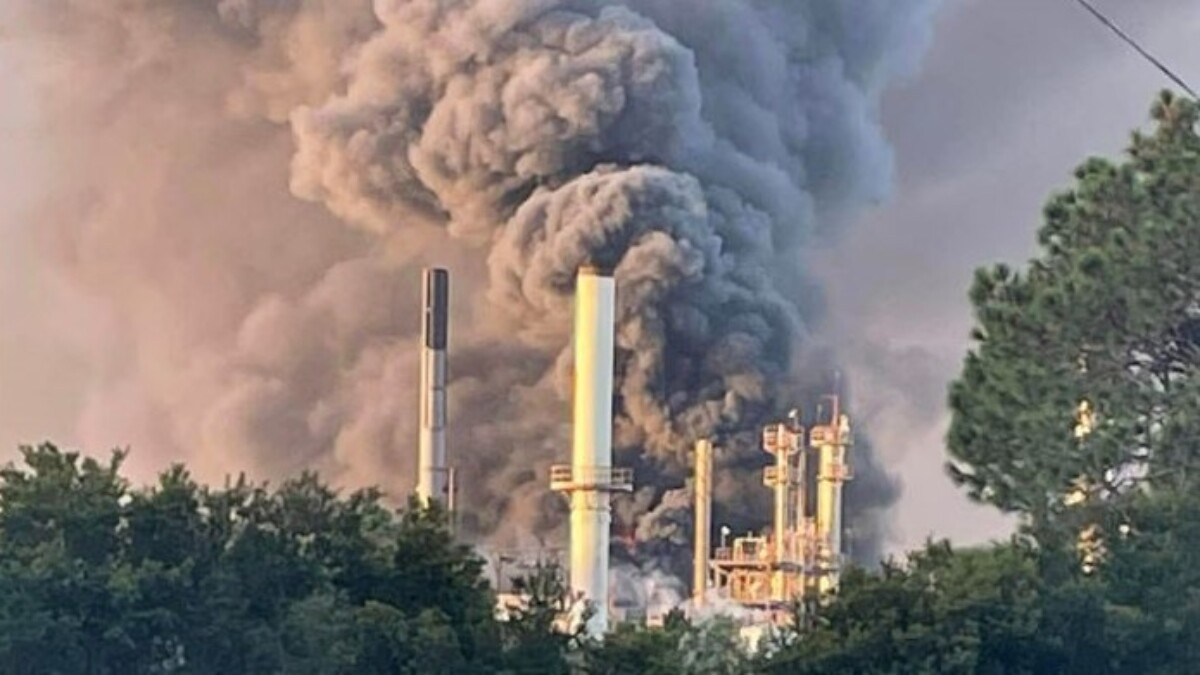 Residents in Georgia — the Hickory Bluff and Sanctuary Cove areas — have been asked to evacuate and shelter in place after an industrial fire at the Symrise plant in Glynn County, according to Glynn County Board of Commissioners. “A Code Red has been issued to the area of northeast Camden County Hickory Bluff area and the area east of ...
END_OF_DOCUMENT_TOKEN_TO_BE_REPLACED
Read More