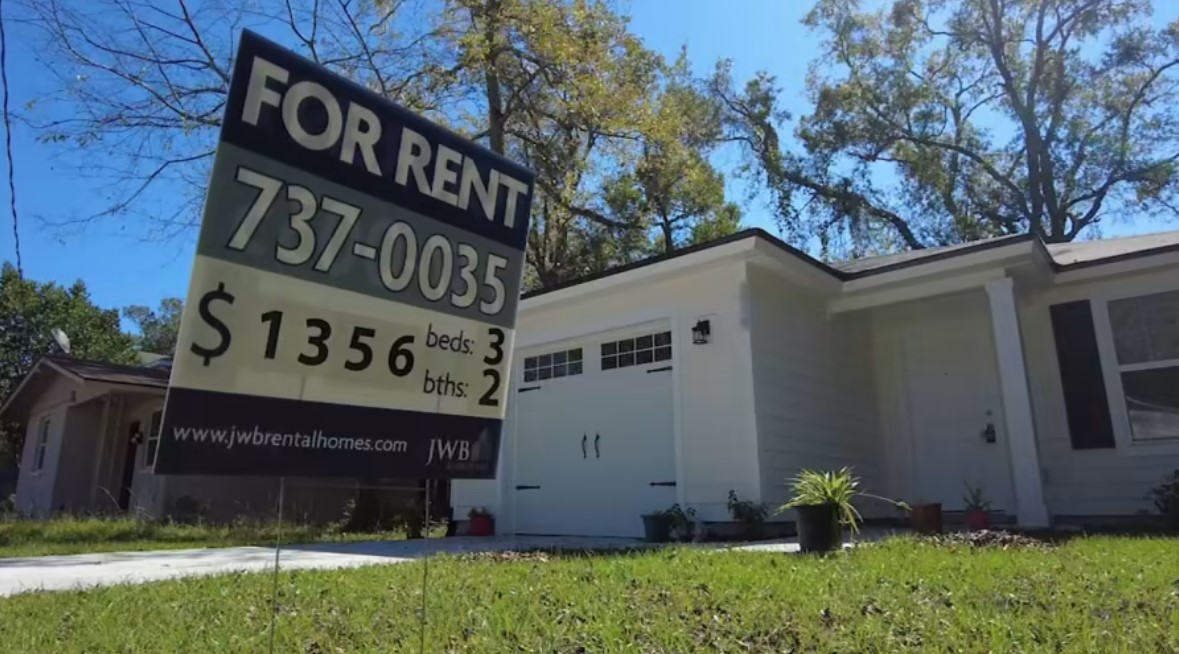 A fake real estate agent scammed a Port Charlotte family into leasing a Northwest Jacksonville home that it had no legal right to rent.

Now Lori Beth Hyman and her family are desperately seeking someplace to live as they face eviction from the neat white one-story home they had only been living in when the legitimate Realtor said they had to get out, according to WJCT news partner News4Jax.

The bad news came three weeks after they moved in, when Hyman said a man identifying himself as security for JWB Real Estate showed up, surprised to see them living there. She was told that the lease she had signed was not valid.

“I showed him the lease, but he said we had been scammed and that we needed to leave,” Hyman said, adding that they were given 72 hours to leave.

Scams on the rise

The scam affecting Hyman is one of a number that local Realtors have encountered this year, ranging from fake calls phishing for information to people like Hyman facing eviction after a home rental turns out to be fake, said Marcia Hodgson, spokeswoman for the Northeast Florida Association of Realtors.

When a Realtor faces an issue with a scammer, Hodgson passes it along in news bulletins on the association’s website.

For example, Hodgson said she just learned of someone impersonating a deceased property manager and asking for a rental verification.

Fair Realty owner Denise Demico dealt with another scam on the Labor Day weekend, when she was bombarded with anonymous texts from potential clients from all over the country claiming to be interested in her listings.

Demico told NEFAR officials the texters all requested that she send them a six-digit code to prove that she is a real person before they would call her. A co-worker who is a former FBI agent warned her not to, according to a NEFAR news release.

“I was told that if I respond, they will send me a code and if I click on it, then they can grab my number,” the Southside Jacksonville Realtor said. “They are phishing your number so they can use it to call other people. They are trying to gain access to my Google voice account that is registered in my name. They want to hijack my number to trick other people.”

NEFAR officials also related an April scam aimed at duping unsuspecting renters who are searching for properties on Craigslist and finding properties for sale listed on the Northeast Florida Multiple Listing Service website.

That scam involved a Realtor getting a phone call from someone asking whether one of her listings was for rent. It wasn’t, but the caller had seen it on Craigslist. The Realtor found the listing, complete with photos taken from her, and took deleted the false listing.

A dream home becomes a nightmare

Hyman, the renter from Port Charlotte, said she was searching for a home to rent for her family when she spotted a “For Rent” sign in front of one while driving through a Northwest Jacksonville community. The front door was open, and a man she believed was the property manager appeared to be holding an open house, she said. Other people were touring the three-bedroom, two-bathroom home, and she said she “fell in love with the space.”

“I loved the whole kitchen,” she told News4Jax.

Hyman, her husband and their 15-year-old son had been living in a mobile home in Port Charlotte. She is dealing with colon cancer, while her husband has respiratory issues, and they chose Jacksonville due to its access to medical care, News4Jax said.

The man showing the property identified himself by name, and he was wearing a badge with his picture and “JWB Real Estate” printed on it. He was passing out rental application forms, so Hyman filled one out. About two weeks later, the man called her to arrange a meeting at the house to sign a lease and pay to rent the home.

Hyman said it was a standard lease, like those she had signed previously when renting. She said the agent agreed to let her family move in a week early, and she used her government-issued debit card to pay $250 to move in during the last week of September. She also paid $250 for a pet deposit and another $1,800 for the first month’s October rent and security deposit, she said. That’s a total of $2,300, paid from her husband’s government disability pay.

Hyman said the agent used a card reader to take the money off a debit card and got a receipt with what looked like a legitimate watermark, she said. The family used the funds they had left to make a JEA deposit to get the lights turned on, then moved in.

How to avoid scams

Rental scams are common in our area, Tom Stephens, president of the Northeast Florida office of the Better Business Bureau, told News4Jax. And Realtors across the country have reported similar scams, particularly with fewer properties available to rent or buy.

The FBI warned in July that scams were rising as scammers cashed in on renters who felt they needed to act quickly for fear of missing out.

USA.gov, operated by the federal government, says renters should be suspicious if:

Stephens, at the BBB, said the scam Hyman faced was clever and unique. The only thing he noticed, he said, was that the lease agreement was not printed on JWB letterhead. Most agencies would want to promote their name, he said.

Further advice: If you meet an agent or property manager somewhere other than their office, always get the business address and confirm it exists. You can also check the address online.

Stephens also recommends checking the person’s name on Google to see if it shows up associated with something negative. And since Realtors must be licensed by the state, check their license through Florida’s Department of Business and Professional Regulation.

If you’re a property owner, court clerks in Northeast Florida are publicizing a program to keep scammers from stealing your home, land or business property.

Clerks in six counties — Baker, Clay, Duval, Nassau, Putnam and St. Johns — are urging people to subscribe to property fraud alert services. The program provides an alert when an official document is recorded in your name.

The program won’t stop fraud, the clerks say, but it will give you an early warning that something might be amiss and you should contact law enforcement, seek legal advice or even file a case in civil court. 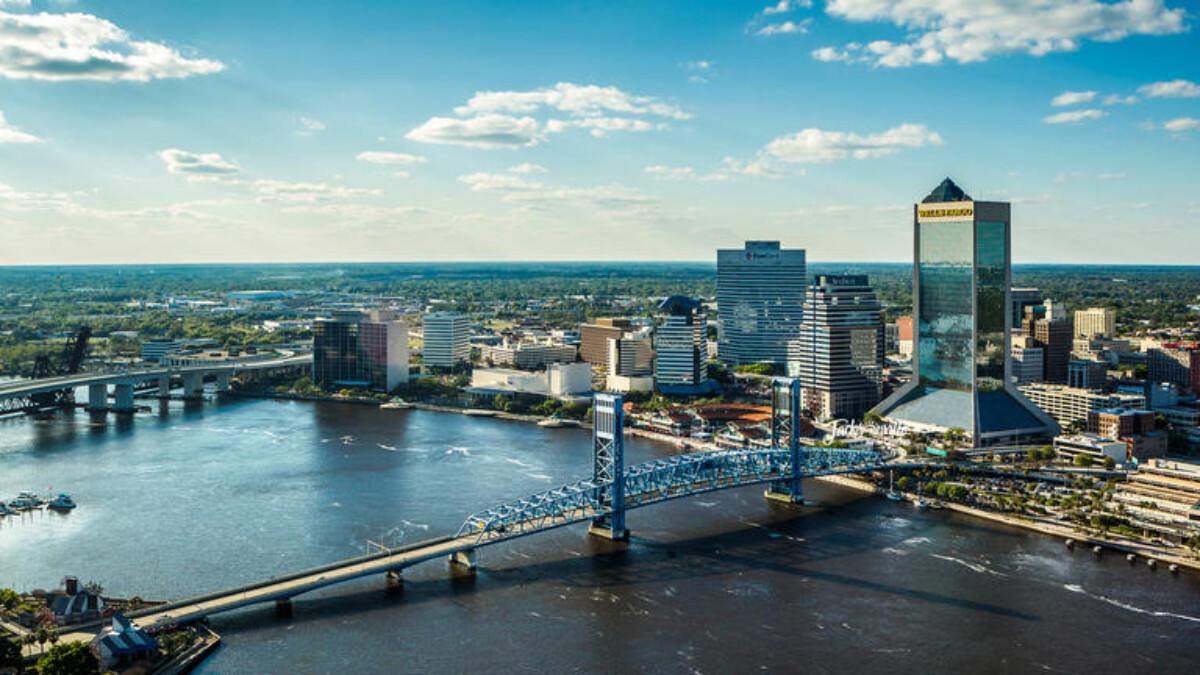 The number of unused or unoccupied office spaces around Jacksonville, which jumped during the COVID-19 pandemic, is decreasing at the tail end of 2022. About 20% of Jacksonville’s office spaces were vacant in the third quarter of the year, according to the latest Jones Lang LaSalle Office Insight Report for the area in October. The report from JLL, a commercial ...
END_OF_DOCUMENT_TOKEN_TO_BE_REPLACED
Read More