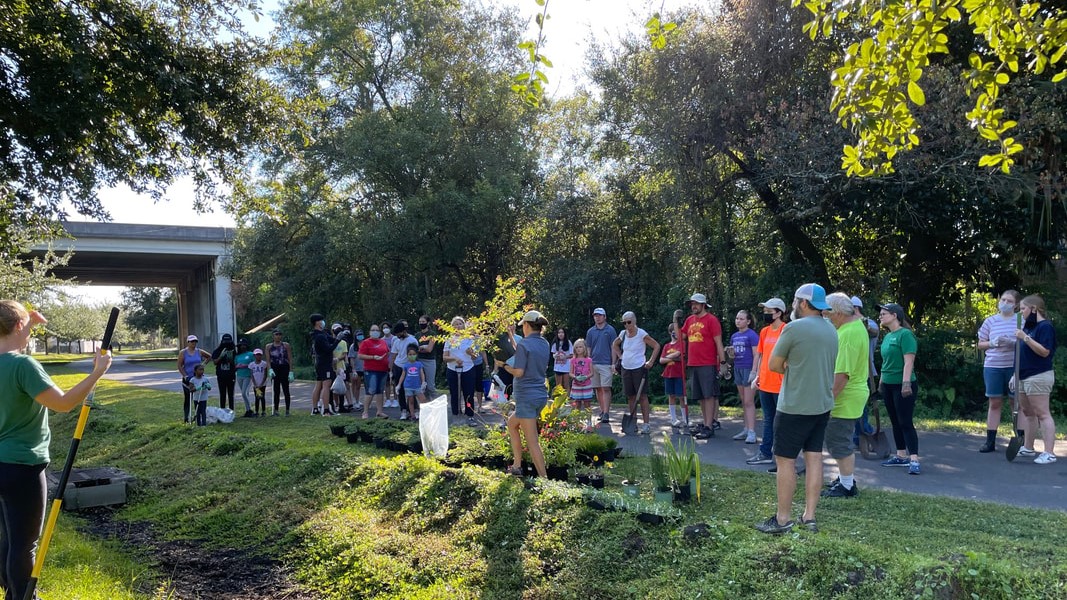 These are the candidates for soil and water conservation district in Duval and Alachua counties.

Soil and water conservation districts were implemented across the country almost a century ago during the Dust Bowl to address soil erosion. Florida has 54 of the five-supervisor, unpaid, elected conservation boards, tasked primarily with educating landowners and the public about conserving resources.

This election cycle marks Florida’s first soil and water conservation district races since the Florida Legislature sharply limited who is eligible to serve (more on that below the candidate bios). A new law also makes it easier for counties to shut down the volunteer conservation boards.

There are no challengers to Group 1, 2, and 4 candidates Tiffany Bess, Kym Wallace Maye and Ashantae Green. The candidate information below is drawn from the Duval Soil and Water Conservation District website.

Candidate statement: “Greetings! My name is Eugene Ford III, I am a graduate of Paxon School for Advanced Studies with a Bachelor’s of Science in Agricultural Operations Management with a focus in Construction Planning from the University of Florida. … I’m running because I saw tangible change in the 2 years from that person running for office and holding the position, and the term ‘grass roots’ felt like more of a double entendre than ever, sparking hope as well as encouraging action in me to be the difference I want to see.

That may sound a cliché euphemism but as you get to know me more you will see that I am the ‘anti-politician’ in the sense that I will not change my core essence in order to earn your vote or your donation, it will be because of my differences from the norm that I hope to achieve your trust, because we deserve radical changes to the benefit of all. Vote for me on November 8th, this is only the beginning of my disruption to the powers that be. Power to the People! Gene For The Peeps!”

Candidate statement: “Demetris Harrison is president of the Jax Lions Quest Cyber Club, an organization that works towards fostering a better community for unprivileged youth. Originally from South Carolina, Demetris grew up as a military brat. After graduating high school, Demetris joined the United States Navy, which led him to the beautiful city of Jacksonville, Florida. Demetris has resided in Jacksonville for over 20 years. A father of two, son, brother, uncle, and a grandfather to a handsome little grandson.

Demetris is running for the DSWCD position for a couple of reasons. First and foremost, he believes it is his civic duty and responsibility to give back to the beautiful city of Jacksonville. Furthermore, he is committed to doing his part to ensure that the future generations will have environmental sustainability. … Demetris is confident that he will bring that same creativity, collaborative spirit, and commitment to Soil and Water Conservation (DSWCD) position. If elected, Demetris will work indefatigable to address the Soil and Water Conservation issues.​”

Candidate statement: “Ray ‘R.J’ was born in Staunton, Virginia. Growing up off a dirt road on his parents’ farm in Augusta County where they raised corn, soybeans, chickens, and cattle. Ray enjoyed helping his mother with her well known ‘enormous vegetable garden’ every season. He graduated from James Madison University in Harrisonburg, Virginia, in 2001 with a Bachelor of Arts in Business. He then moved to Lexington, Kentucky, to pursue a new job and in which he became involved with many numerous community organizations such as the Kentucky River Keepers and as an active volunteer with the PRIDE Spring Cleanup collecting over 700 bags of trash at Cumberland Falls.

.. After moving to Jacksonville [in 2019], Ray saw that Jacksonville needed a change in OUR local environment. He made a clear-cut decision to become a candidate to educate and encourage change to protect OUR water, soil, and beaches. Ray understands that clean soil and water is a necessity for our community now and for future generations. His campaign has also been endorsed by Florida NOW Pac and The Victory Fund.”

Candidate statement: “My name is Bryson Kade Morgan and I am running to be your next voice for Duval County Soil and Water Conservation District 5. As a resident here in Jacksonville, living on the Southside for the past seven years I have seen what overdevelopment has done to our ecosystem. Growing up in Northwest Rural Georgia tending to the family farms I know what is needed for our community.

As a recent Graduate of Atlantic Coast High School, it is time we have a Young, Youthful voice in our ecosystem talks as it is drowned out by those who no longer see the issue as a sustainable issue but another can to kick down the road. This is why I ask for your Vote on November 8th, as we need a voice for not only the Future of Jacksonville, but for the Future of Northeast Florida.”

All five seats are being contested in Alachua County. Some of the candidate information below is drawn from partner News4Jax.

Background: Feagle is the owner of Simmons Cattle Company in Archer, Florida, and is former president of the Alachua County Farm Bureau.

Top 3 issues (via partner News4Jax):
“1. Balancing water quality and practical use of water with producers.
2. Helping producers with programs that can enhance yield with less acreage.
3. Educating the public about the farming and ranching in our County.”

Background: Now retired, Vinson is a former probation specialist for the state Department of Corrections and a former Alachua School Board candidate in 2010 and 2014.

Top 3 issues (via partner News4Jax):
“1. Green infrastructure is important because it reduces and treats stormwater which is beneficial and is a supplement to the existing gray infrastructure.
2. Sustainable health care is important because it improves energy efficiency and invest in alternative energy sources, redesign transportation systems to be more eco-friendly, reduces waste generation and conserve water.
3. Environment justice is important because it means fair treatment and meaningful involvement to all regardless of race, color, national origin or income with respect to the enforcement of environment of laws, development regulations and policies.”

Background: Matthews tells News4Jax he is a farmer. He is also the current secretary/treasurer of the Alachua County Soil and Water Conservation District

Top 3 issues (via partner News4Jax):
“1. A need to provide education and awareness to the purpose and role of the Soil & Water Conservation District. As well as a restraint on overreach within our county government.
2. Engagement with the agricultural community to help them be a part of this process and understand that they are the front lines in soil and water conservation.
3. Return a focus of limited government and an idea that government boards, bodies and officials are there to serve their constituents and not impose their own will on the electorate.”

Background: Boyer tells News4Jax he is a business owner and amateur gardener.

Top 3 issues (via partner News4Jax):
“I really only see two issues that I may encounter: 1. Assuring that all policy promoted from the Soil and Water board will not negatively impact or target a specific group or groups of citizens in Alachua County.
2. Pushback from pro climate change groups if I disagree on anything with no chance to debate my disagreement.”

Background: Gordon is an attorney and a current supervisor on the county’s Soil and Water Conservation Board.

Top 3 issues (via partner News4Jax):
“1. Lack of education about environmental health, safety, and equity.
2. Environmental injustice as it relates to disproportionate environmental harm towards BIPOC communities.
3. Lack of community resources/projects/grants towards environmental conservation, restoration, and justice in Alachua County.”

Top 3 issues (via partner News4Jax):
“1. A need to expand the District’s relationships with state and local agencies in order to enhance the mission of soil and water conservation.
2. Overcoming the fact that most constituents do not know what the Alachua Soil & Water Conservation District does. I hope to increase awareness among ordinary citizens.
3. The agricultural community viewing the Soil & Water Conservation District as an enemy and not an ally. I hope to change this perception as farmers are one of the most important stakeholders in the effort.”

Top 3 issues (via partner News4Jax):
“1. Protecting our soil and aquifers from over building and chemicals while also helping our farmers, especially small farmers to learn how to be productive without overuse of harmful fertilizers and pesticides.
2. Protecting our springs from excessive withdrawals by bottled water companies.
3. Protecting the cleanliness and beauty of our environment.”

The soil and water conservation districts faced a threat this year when state Sen. Travis Hutson, R-St. Augustine, tried to abolish them. (He denied the effort was related to his family company’s development interests.)

During the legislative process, Hutson’s bill was modified to sharply limit eligibility for the boards to agriculture producers and laborers and those with at least 10 years’ experience with agriculture. Critics decried that the restrictions would  bar academics, activists and other conservationists from serving. The law, signed by Gov. DeSantis, also automatically dissolves districts if all five members don’t meet at least once a year.

In an unprecedented change this election cycle, all 270 Florida soil and water conservation district supervisors had to re-qualify under the new law, even those in the middle of serving their terms. However, this election guide only includes races in Duval and Alachua counties, because there were no qualifying, active challengers for the soil and water conservation district candidates in Baker, Bradford, Clay, Flagler, Nassau, Putnam, St. Johns or Union counties.

Do you see a soil and water conservation district candidate on your ballot who’s not on this list? Let us know! Contact reporter Claire Heddles at claire@jaxtoday.org. 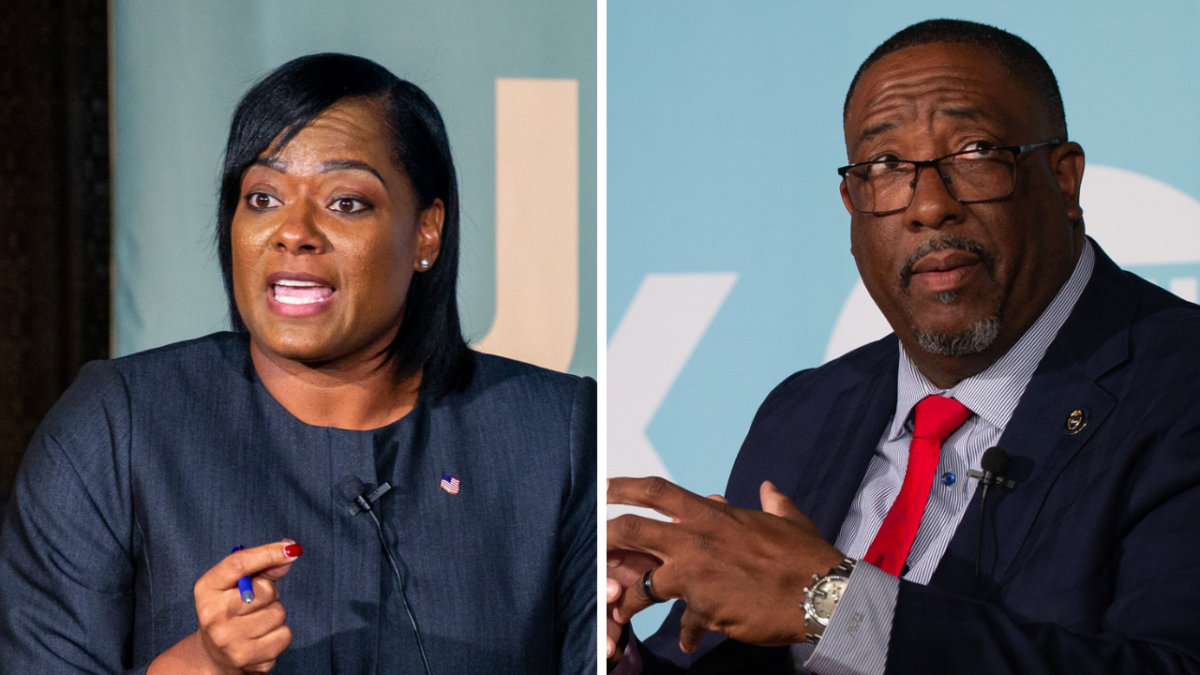 Voter Guides QUIZ: How well do you know the Jacksonville sheriff candidates?