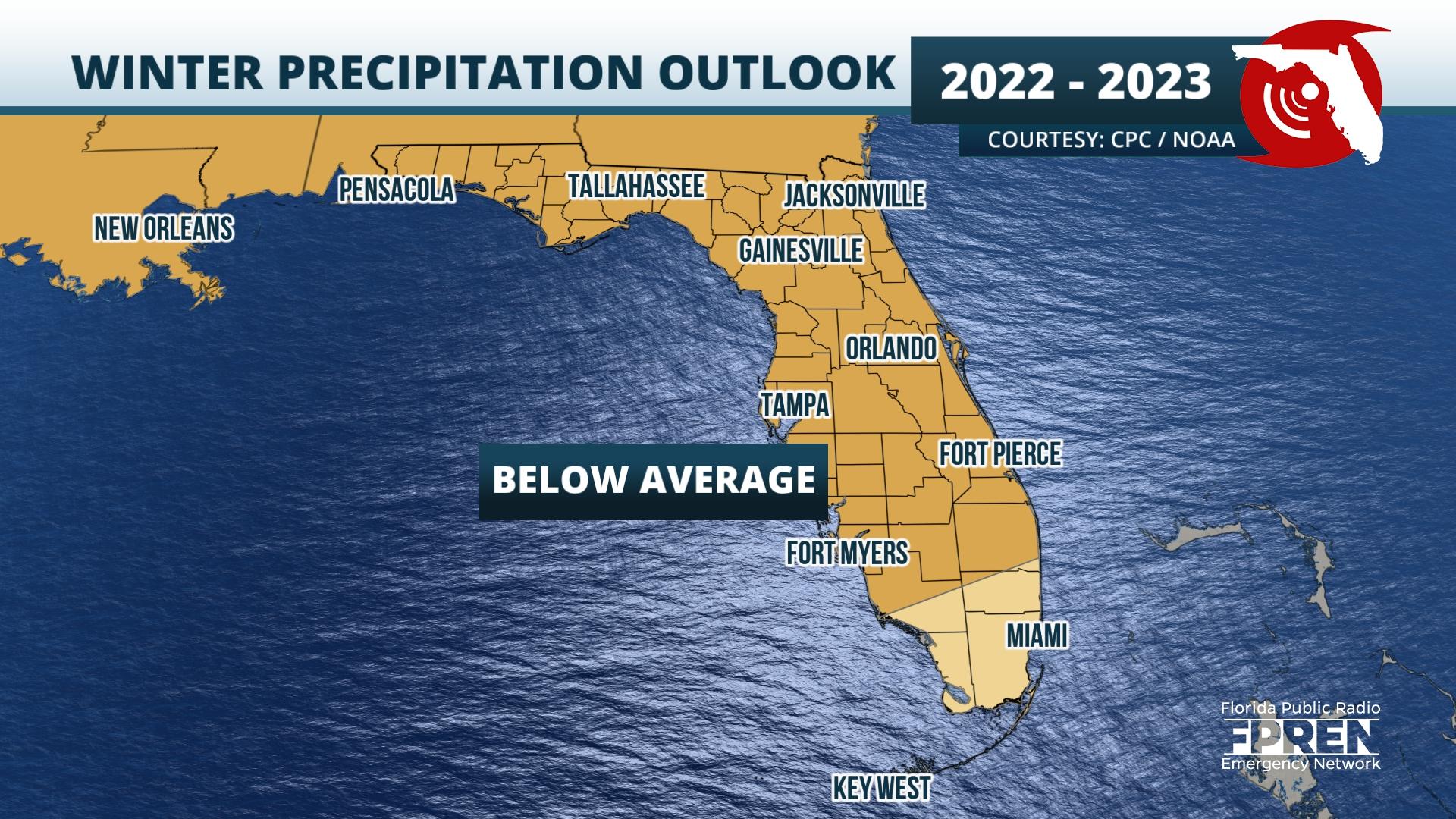 La Niña is expected to lead to a warmer and drier winter across Florida during the upcoming winter season for the third consecutive winter.

For only the third time since record-keeping began in the late 1800s, a “triple dip” La Niña event is expected according to the latest outlook issued by the Climate Prediction Center. This occurs when La Niña continues for three consecutive years and has significant implications for weather patterns across the United States and in Florida. La Niña develops as cold water in the equatorial East Pacific is brought to the surface. This results in a jet stream that is more likely to remain north of Florida, leading to fewer rainfall events. 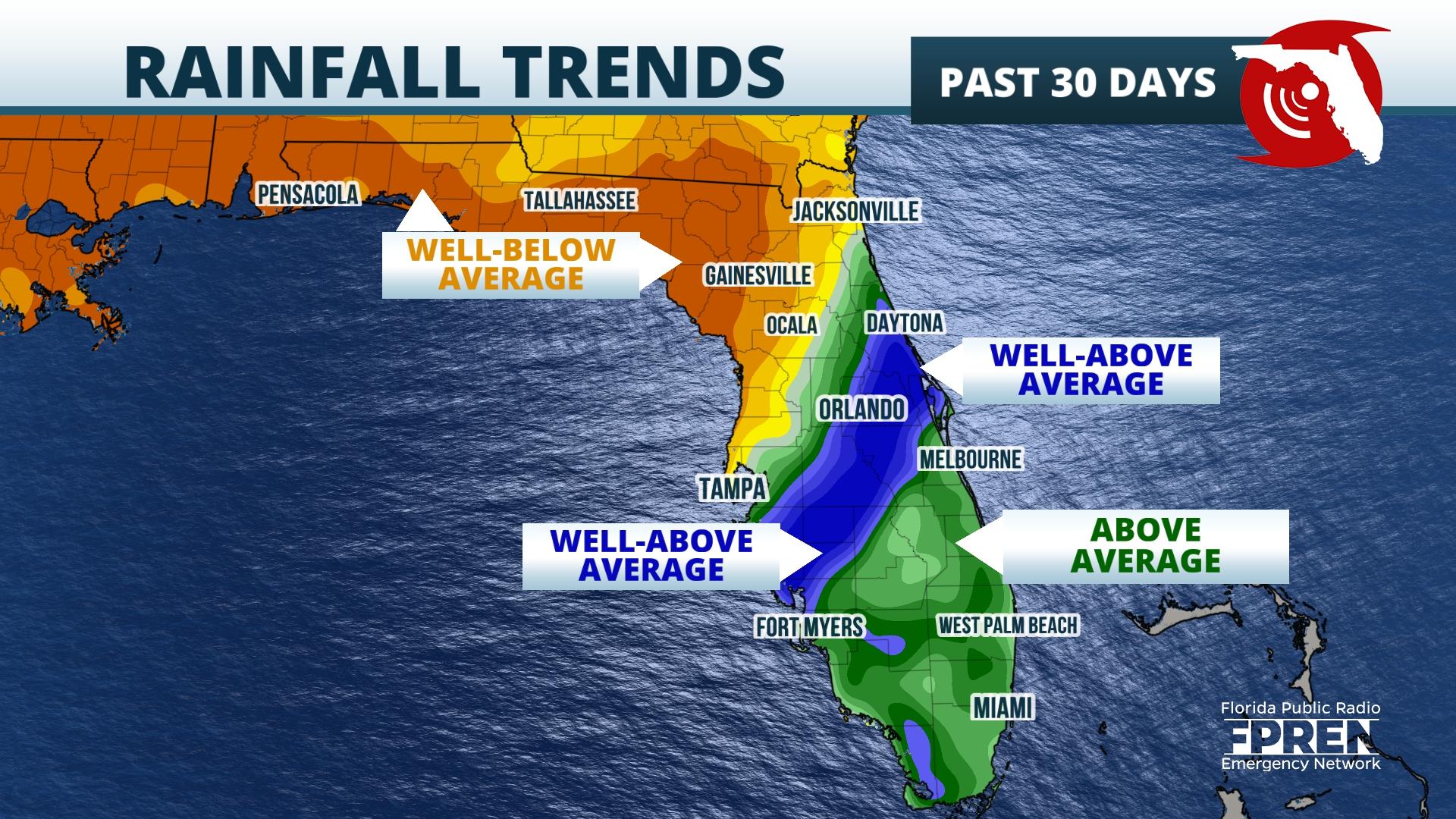 The winter months tend to be the driest months of the year in Florida and this can be exacerbated during a La Niña winter. For Panhandle locations, drought conditions are expected to worsen. Severe drought is already present in a small corner of Florida according to the most recent update from the U.S. Drought Monitor.

This announcement of a continued La Niña winter comes as the rainy season in North Florida and the Panhandle has shut down, with rainfall deficits of up to 6 inches in areas north of I-4 over the last month. South of I-4, areas like Orlando and Fort Myers are in a surplus given Hurricane Ian’s historic rainfall amounts. The ongoing drought in the Panhandle is forecast to persist over the winter months, exacerbating the potential for wildfires. As of publishing, there are 21 active wildfires, mainly in North Florida and in the Panhandle. While most of these are contained, it does not take much for additional wildfires to spark given how low relative humidity has been in this region recently.

Wildfire season in Florida typically lasts February through May. During this time, temperatures begin to climb during the spring season, but relative humidity values remain quite low. This combination helps to ignite dry shrubbery and can quickly lead to problems with growing wildfire numbers. Observed fire danger indices as of October 19 were very high along and north of I-4, with a few counties with extreme fire danger indices.

Similar to the last two La Niña winters, there will be rainfall. Seasonal outlooks provide an idea for how precipitation trends could evolve with time, but are not meant to forecast for specific rainfall totals. 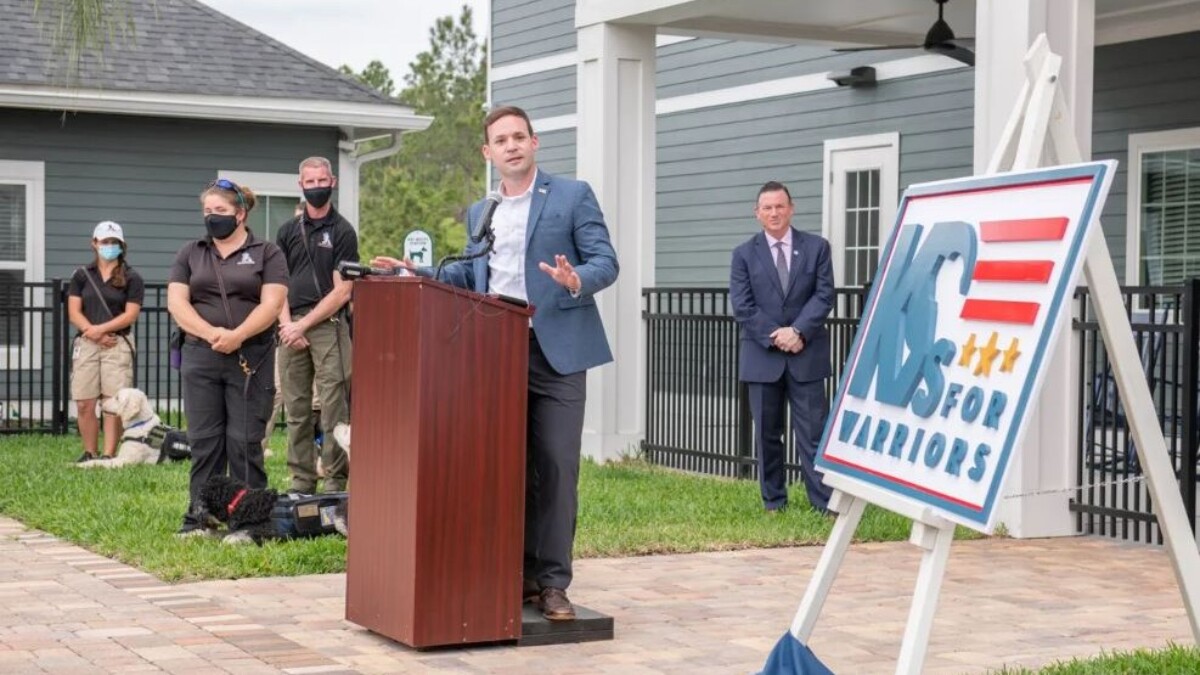 Happening Now Rory Diamond to resign from K9s for Warriors

Jacksonville City Councilman Rory Diamond has announced he will step down as CEO of K9s for Warriors, the Ponte Vedra Beach nonprofit that trains service dogs for veterans. His last day is Nov. 10. His successor will be Carl Cricco, who is currently the organization’s chief marketing and development officer. In a Facebook post Thursday, Diamond said he needed to ...
END_OF_DOCUMENT_TOKEN_TO_BE_REPLACED
Read More