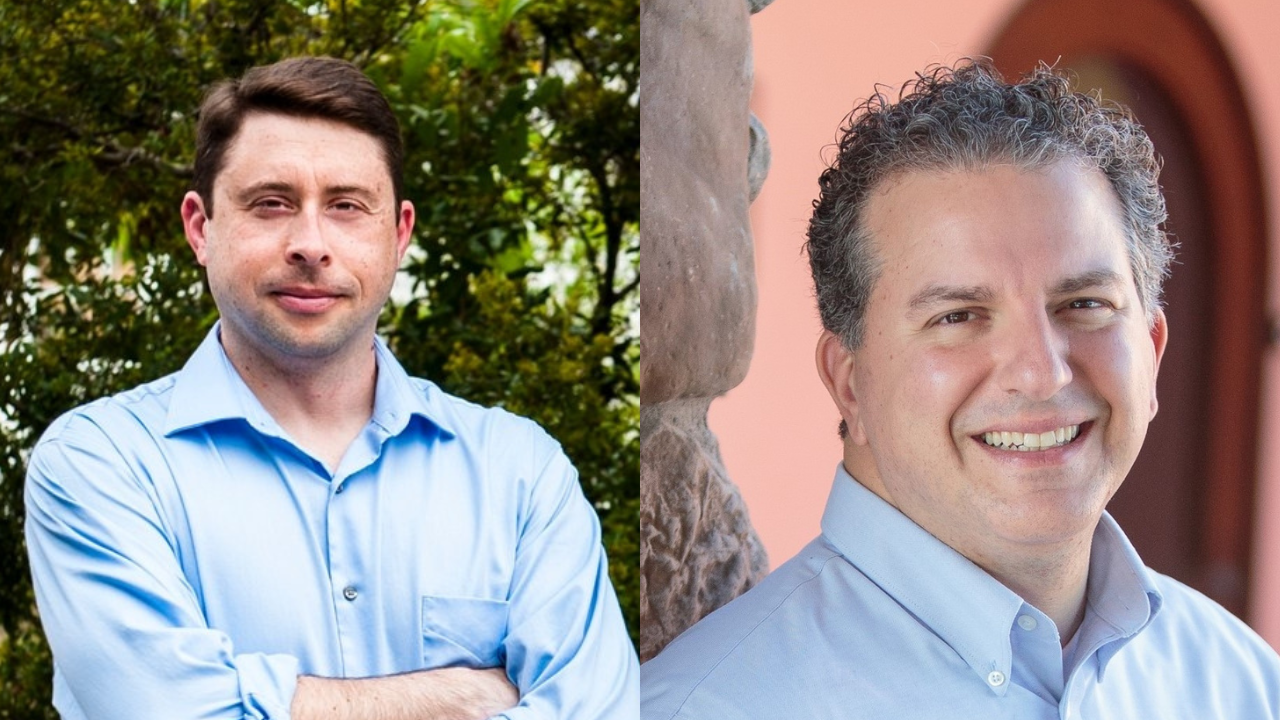 Florida voters next month will choose a state chief financial officer who will have a big role in trying to reform the property-insurance system, as the industry faces an uncertain future exacerbated by billions of dollars in claims from Hurricane Ian.

Republican Chief Financial Officer Jimmy Patronis is seeking another four-year term in the Cabinet post, with Democrat Adam Hattersley, a former lawmaker, trying to unseat him.

The CFO runs the Department of Financial Services, with duties that include managing the state’s purse strings and acting as state fire marshal, along with voting on a wide range of Cabinet issues. The CFO also helps oversee the state Office of Insurance Regulation.

Patronis is the favorite in the Nov. 8 election, as he has a huge fundraising advantage over Hattersley, more name recognition, the power of incumbency and an electorate that has overwhelmingly elected Republicans to top state positions for the past two decades.

Patronis is also expected to benefit from the coattails of Republican Gov. Ron DeSantis, who is running for re-election on the same ballot.

University of Central Florida political-science professor Aubrey Jewett said, in theory, the state’s massive property-insurance problems and the recent hurricane should be the big issues. But with few ads, no debates scheduled and light media coverage for the CFO contest, the insurance issue might not be top of mind for many voters who are already casting ballots.

“Further, unless outside groups ride to Hattersley’s rescue, he will not have the money to exploit that issue and attack Patronis for not doing more to solve the crisis,” Jewett said.

Former Gov. Rick Scott appointed Patronis in 2017 to serve as CFO after Jeff Atwater stepped down from the post. Patronis, who previously served in the state House and on the Florida Public Service Commission, was elected to a four-year term in 2018.

Patronis said he is proud that as CFO he led efforts to increase benefits for first responders who suffer from post-traumatic stress disorder and cancer. Also, he pointed to the state receiving “triple A” ratings the past three years from major credit-rating agencies.

Patronis and Hattersley differ on issues such as investing state money and overseeing the insurance industry. Private insurers have dropped tens of thousands of customers and sought hefty rate increases to stem financial losses, with six companies going insolvent this year and homeowners flooding into the state-backed Citizens Property Insurance Corp. for coverage.

Lawmakers held a special legislative session in May to try to stabilize the industry, but problems have persisted. Patronis supports holding another special session and said the state needs to continually close “litigation loopholes” that increase costs and financial losses for carriers.

“Everybody wants a competitive, robust insurance market in the state of Florida,” Patronis said. “So again, with litigation reform, there’s a few other solutions that we’ve got sketched out on paper that we would like the Legislature to embrace. But as we seek litigation reform, we’re going to create an environment where it’s more attractive for capital to come back to the state of Florida.”

During the May special session, lawmakers took a series of steps, including earmarking $2 billion in tax dollars to provide additional reinsurance to property insurers that otherwise might not be able to buy the crucial backup coverage on the private market.

While many Democrats voted for the changes, they argued the legislation wouldn’t do enough to help homeowners and called the reinsurance money a corporate “bailout.”

Hattersley said he would analyze the insolvencies of the six insurers to get a better handle on what is driving private carriers out of the market. He also pointed to the growth of Citizens, which could collect money from policyholders across the state if it can’t pay all claims — something that is not anticipated after Ian.

“With the Office of Insurance Regulation, we need new leadership,” Hattersley said. “We need to look into the regulations that they put in place, extra-legislatively, like for example, ponying up Citizens Property Insurance as the backstop for private insurance companies. In a non-legislative fashion, that’s putting the bill on every single insurance policyholder in the entire state. Is that the right move? Is that illegal to do?”

Patronis, 50, is part of a family that operates the half-century-old Capt. Anderson’s Restaurant in Panama City. Boston-born Hattersley, 44, managed a data- and financial-analytics firm and a promotional company with his wife in Riverview, where he’s lived since 2009. He was elected to the state House in 2018 and then ran unsuccessfully for Congress in 2020.

While a student at the University of Michigan, Hattersley was a member of the men’s gymnastics team and remains involved with the sport as an internationally certified judge.

Patronis and Hattersley have had little interaction on the campaign trail. Patronis paused his campaign to respond to Hurricane Ian, which made landfall Sept. 28 in Southwest Florida and put Hattersley’s home in the dark for about four days.

Earlier in September, Patronis called for lawmakers to take steps next year to offset new hiring at the Internal Revenue Service under a law signed by President Joe Biden. He and DeSantis have also targeted investment practices that involve what are known as “environmental, social and governance ratings,” which can include such things as taking into account climate change.

Patronis described such positions as being an “advocate for the taxpayers.”

“I haven’t gotten a single person that contacted my office saying, ‘You know what, I want to expand the Department of Revenue, because I want to pay the state of Florida more taxes,’” Patronis said. “I know that the citizens of the state of Florida spend their money better than Tallahassee or Washington does.”

Hattersley said Patronis has emphasized culture-war issues designed to motivate voters on “fear and emotion” to divert discussion from insurance or the increased politicization of state investments.

“I don’t think anybody has any idea what’s happening in politics, not just in Florida, but anywhere in the country,” Hattersley said. “We saw Democrats win a special election for Congress in New York that was supposed to go red. You saw Democrats win a referendum in Kansas on reproductive rights that they didn’t think they were going to (win).” 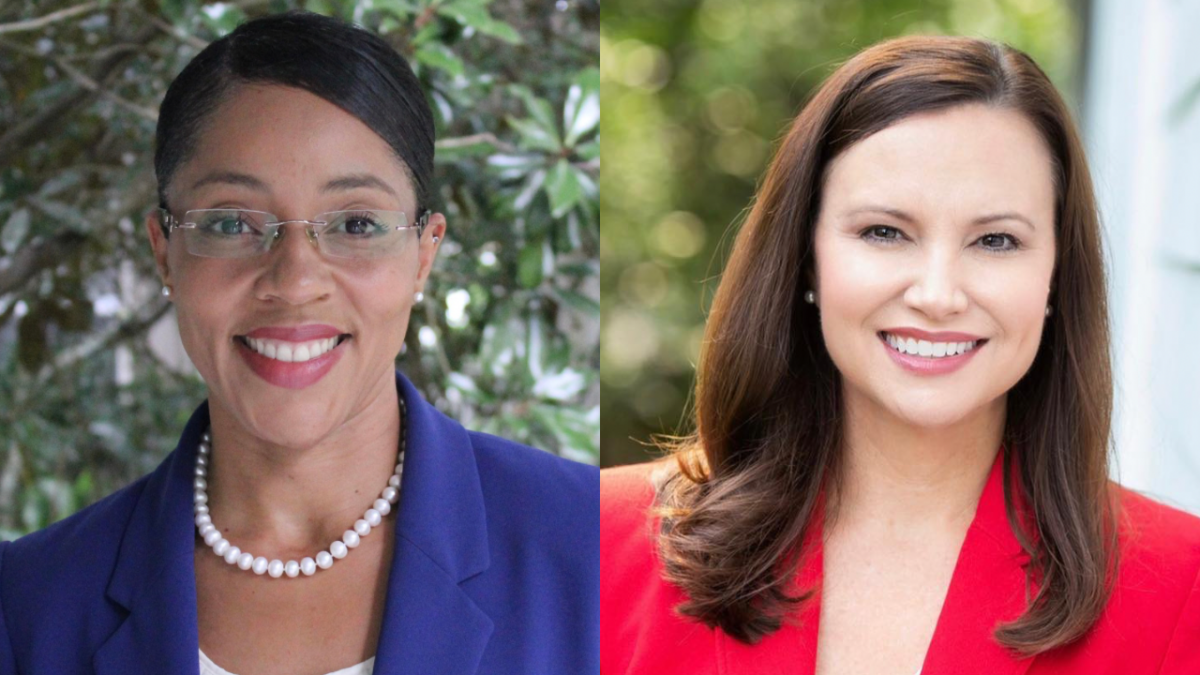 Former Orlando-area State Attorney Aramis Ayala is making a “longshot” bid to unseat Republican Attorney General Ashley Moody, saying a key issue is the independence of Florida’s top legal officer. But as with other contests this year for state Cabinet seats, the race between Ayala and Moody is an undercard to elections for governor and U.S. Senate and has made ...
END_OF_DOCUMENT_TOKEN_TO_BE_REPLACED
Read More