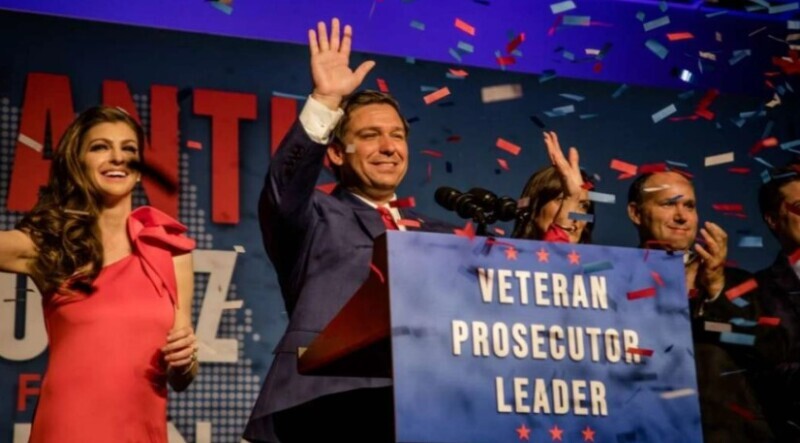 As the 2022 primary draws to a close, several storylines have emerged at the local, state and federal levels:

Former state Rep. Lake Ray is a mild-mannered candidate who is asking voters to go with experience and a steady hand. Ray raised a respectable amount of campaign dollars. Then three weeks ago, Gov. Ron DeSantis threw a hand grenade into the middle of things when he endorsed political newcomer Kiyan Michael, an “Angel Mom” who has made public appearances with DeSantis on illegal immigration over the years.

Michael’s fundraising has understandably picked up since the governor’s endorsement, including a $50,000 donation from the Friends of Ron DeSantis political committee, but she’s still behind her two opponents in dollars raised.

It’s been a brutal affair, and it’s probably a tossup as we head to the wire next Tuesday. Give a slight edge to Michael because she has the late momentum that only a big-deal endorsement can deliver.

In Duval and Clay counties, DeSantis intervened on behalf of newcomers April Carney and Erin Skipper. Carney, who is running against incumbent Elizabeth Andersen in Duval, and Skipper, who is running against incumbent Janice Kerekes in Clay, both received significant jolts in momentum and will be tough to beat. Before the governor’s endorsements, the incumbents would have been considered the favorites.

The creation of the solidly Republican “DeSantis District,” which replaces what used to be a solidly Democratic Congressional District 5 represented by Al Lawson, led to a mad scramble of candidates considering a run for Congress. It was shaping up to be a colossal battle among several high-profile contenders.

Ultimately, the race turned out to be a bit of a dud. State Sen. Aaron Bean managed to consolidate the support of leaders throughout the region and now appears to be headed to a comfortable primary victory, based upon recent polling from Florida Politics.

The common theme among all three storylines is DeSantis, who continues to stand as the dominant player in Florida politics at all levels. Expect that theme to continue through the 2024 presidential race. Rob Bradley Opinion: For candidates, public scrutiny is part of the process

The primary season in Florida politics is always brutal. Because primaries involve battles between members of the same political party, or a nonpartisan race, there usually aren’t many policy differences among the choices. Therefore, candidates seek to differentiate themselves in other ways, often pointing to the alleged personal failings of their opponent. It can get ugly. Add in the fact ...
END_OF_DOCUMENT_TOKEN_TO_BE_REPLACED
Read More