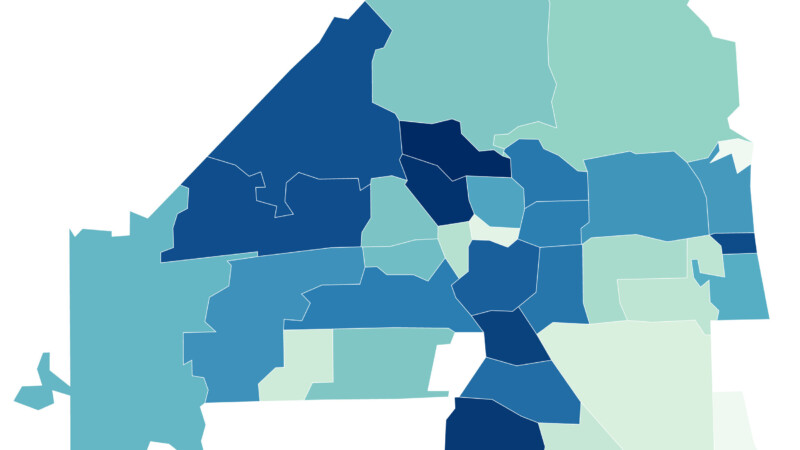 1-in-3 Duval mail-ballot voters are ineligible to vote unless they update their IDs. See where they live

With less than five weeks remaining until the August primaries, a third of the 97,999 Duval voters who requested vote-by-mail ballots do not have the required identifying information on file with the county Supervisor of Elections Office.

Last month, the supervisor sent letters to 32,875 voters across the county, requesting they provide either their driver’s license/Florida identification card number or the last four digits of their Social Security number — either one is now required when changing voter registration information or requesting a mail ballot, under a state law passed last year.

A Jacksonville Today analysis of voter data from the Supervisor of Elections Office finds the recipients of the letters tend to be older and whiter than Duval County voters as a whole. The average age of voters who received the letters is 67.

The vast majority of the voters who need to provide more ID information, about 69%, are white, far higher than the 56.7% of registered Duval County voters who are white. ​​Of the letter recipients, 1.61% are Asian/Pacific Islander, 1.18% are Hispanic, and 0.77% are of an unknown race, according to county records.

Nearly 27% of the letter recipients are Black — close to the county’s 28.04% of registered voters who are Black.

However, the two ZIP codes with the highest percentage of voters who need to update their ID information are the predominantly Black 32208 and 32209 ZIP codes.

In the 32208 ZIP code, which includes the Lake Forest and Moncrief neighborhoods, 7.83% of registered voters, 1,877 people, are being asked to provide ID information. The Newtown and Grand Park ZIP code (32209) had 7.26% of voters who needed to update their ID info before they can vote.

“We have seniors who don’t have vehicles,” Hobbs tells Jacksonville Today. “We have students who want to be engaged in the civic process…We need to make it as easy as possible for as many registered voters to be able to cast their ballot.”

Earlier this week, Hobbs was among a handful of clergy, voting-rights activists and academics across the state who participated in the launch of the 2022 Vote For Black Lives campaign organized by Orlando-based nonprofit Equal Ground. The campaign is designed to increase Black voter turnout and voter education initiatives.

The deadline to request a vote-by-mail ballot is 10 days before the election — which is Saturday, Aug. 13th,  for the Aug. 23rd primaries. Though that is a weekend, Hogan’s office says staff will be on hand to facilitate vote-by-mail requests on deadline day.

Hogan recommends voters plan to return mail ballots at least one week before the election. And, if they can’t, they can always vote in person at their polling location instead.

Extreme heat is the deadliest form of hazardous weather and Jacksonville will soon have data showing how the city is being affected by rising temperatures and which neighborhoods need the most help. Read More