Independent Florida water providers are shutting down. American Beach’s doesn’t want to be next. 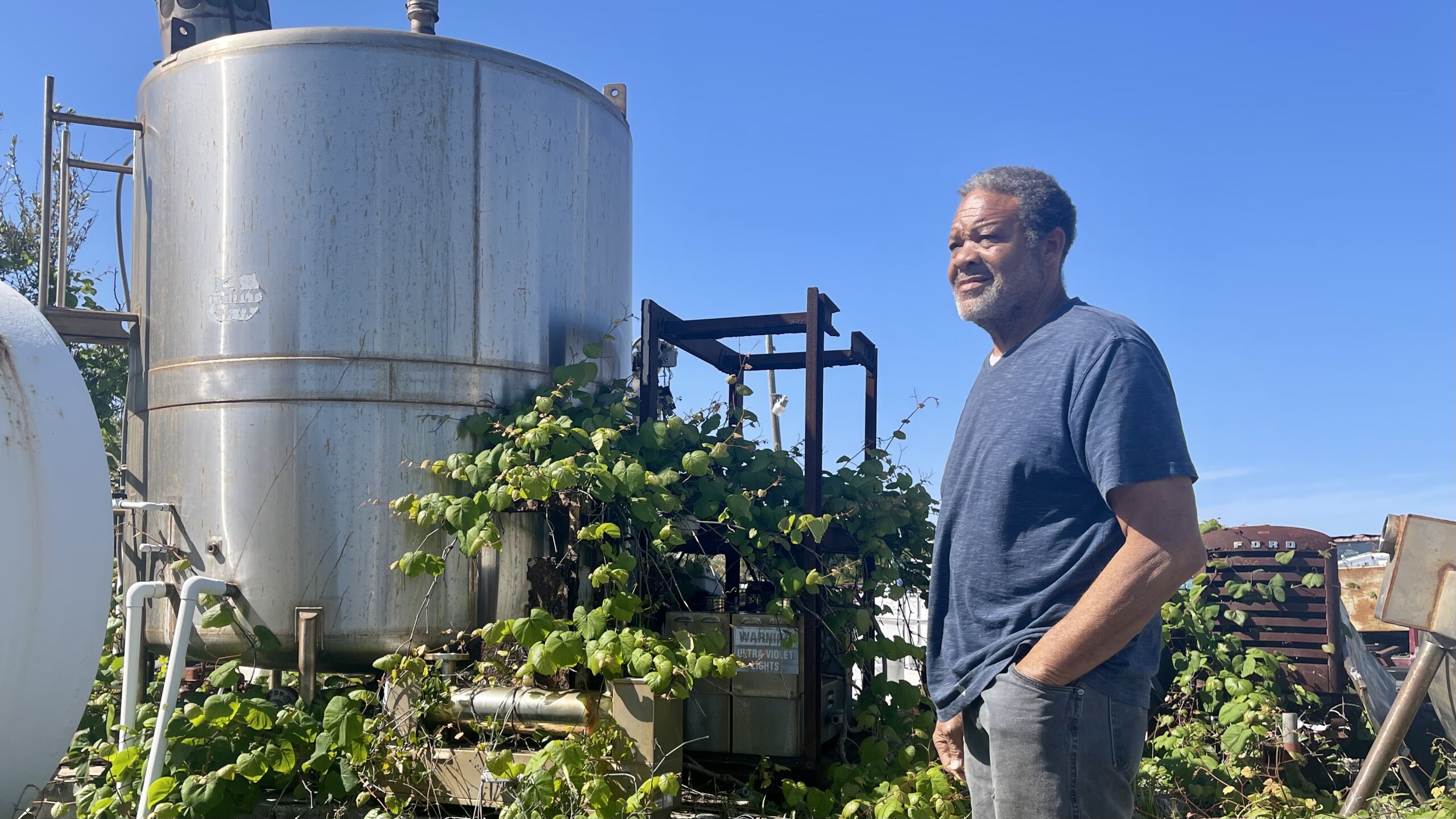 Construction will begin soon on a new water and sewer system in American Beach, the historically African American community in Nassau County. The Florida Legislature committed about $1.8 million toward the project this year, an investment that eliminates the need for most of the controversial $9,000 property tax assessments sent to American Beach homeowners last fall.

County commissioners had threatened liens on people’s homes if they didn’t pay a portion of the tax. After public outcry and the legislative appropriation, the county started refunding most of the money residents prepaid — all except $750 per property per year — promising full refunds when the project is complete.

Now, as construction is set to begin on the municipal system, an existing independent water system serving the community remains in limbo. County commissioners plan to mandate new developments connect to the new water system, not the historic one.

Under the exposed beams of his airy home, American Beach Water System owner Bobby Dollison says he bought his house without knowing much about its direct lines into the Florida aquifer. Now, the two onsite wells are an integral part of his life.

The wells were installed in 1938, after Afro-American Life Insurance Company’s millionaire founder A.L. Lewis established American Beach as a premier leisure destination for Black vacationers, and in 1950, when the area was still attracting crowds of Black tourists. At the time, racist laws segregated Florida’s beaches.

“This represents what we did when we had no other options but to do it ourselves. That’s the amazing part. We did it, those that came before me,” Dollison says of the two wells that still bring clean water to the surrounding neighborhood. “I’m just keeping up their legacy.”

Dollison, 73, chose to move to American Beach, in part, because he vacationed there as a child. Years later, after running a package store in Atlanta, he and his wife Dianne decided to move to the coastal community permanently in the 80s, purchasing the house and adjacent motel (now apartments) and unknowingly, the community’s clean water system.

“When I came here I felt like I was home,” he says of the neighborhood. His house is situated at the base of the iconic Nana sand dune in American Beach.

Dollison’s water business serves a couple dozen, mostly seasonal, residents. His is also one of the only remaining local businesses within American Beach, after the storied Evans Rendezvous nightclub and local restaurants shuttered.

Dollison’s is one of roughly 5,000 small, independent water systems left in Florida. The number of water utilities in the state has dropped by about 30% in the past decade alone, according to the state’s Rural Water Association.

One reason is increased regulation, usually aimed at improving public health and making drinking water safer. The fixed cost of extra testing, split among just a few customers, is far more of a burden than when split across a whole county, says association Director Gary Williams.

“That’s the point when people should look at: are there better economies of scale and better things that we can do by cooperating?” Williams says.

Another benefit to cooperation: Government agencies qualify for special financing, like low-interest state revolving-fund loans, which privately owned rural water companies like Bobby Dollison’s do not.

But while the recent state and federal funds for American Beach have been celebrated, Dollison says the effort hasn’t been in cooperation with him – and could instead run him out of business.

Dollison says he’ll push back, and potentially bring a legal challenge if he can’t connect new homes. His wells were there first.

For wastewater, residents have long relied on septic tanks. Efforts to convert those septic tanks to sewer lines have been in the works for decades. Funding has been a roadblock, as the local government wouldn’t cover the cost of connecting American Beach to public utilities.

Dating back to the early 90s, the Florida Department of Environmental Protection demanded that the American Beach Water System consolidate with the public utility  — with residents footing the bill. They’d either have to fund upgrades to the existing system or pay to tie into municipal water, in part, because of a risk of contamination of having shallow personal wells too close to septic tanks.

Residents like MaVynee Betsch, a great-great granddaughter of American Beach founder A.L. Lewis who’s better known as the “Beach Lady,” intervened, supporting the historic water system’s autonomy. In a handwritten 1990 letter to the Florida Department of Environmental Protection, Betsch wrote, “The motel and two wells are of Historic importance…”

At that time, the clean water system managed to stay independent. Dollison made upgrades and was permitted to continue operating as a “transient non-community water system,” eligible to serve up to 25 residents. Most other homeowners have small private wells for clean water. Without outside funding, sewer lines weren’t installed.

Maintaining that small, rural water system has not always been easy. In 2013 Dollison almost shut down over the cost of repairs, but has continued fighting to keep it open.

“I’m not going to retire from this water system,” Dollison said. “I enjoy it because I’m looking at what Afro-American Life Insurance did here. I’m just a keeper.”

In recent years, Nassau County and some homeowners have proposed various routes to getting residents to fund sewer lines and fire protection updates, including a Community Redevelopment Agency. Those proposals failed, in part, over concerns local governments could exercise eminent domain and seize residents’ coastal properties.

Instead, in 2020, Nassau County created a special taxing district called the American Beach Water and Sewer District, with support from the American Beach Property Owners Association, in order to fund clean drinking water improvements and sewer line construction. County commissioners, none of whom live in American Beach, made themselves the governing body of the district.

Some community members still have concerns that the special taxing district could lead to the seizure of property — it has the ability to place liens on people’s property if they don’t pay tax assessments to fund construction.

But the district did pave the way for likely the largest public investment in American Beach infrastructure to date, which many in the community of about 200 hail as a victory. It’s the first Florida project to earn a federal WIIN grant, for water projects in small, underserved and disadvantaged communities.

American Beach Water and Sewer Advisory Board Chair Erving Gilyard celebrated the achievement at a recent County Commission meeting. “It’s a predominantly Black community that was on the back burner for a long time, but I appreciate where we are today,” Gilyard said.

In response to questions by Jacksonville Today about potentially running a historic water system out of business, Nassau County spokesperson Sabrina Robertson says the county has held “numerous community meetings, public hearings, and mailed notices to fully explain the Septic and Well conversion project to all property owners, including in the immediate vicinity of Mr. Dollison’s property.”

“Mr. Dollison’s system will continue to function as authorized by permit from the Water Management District,” she said in an email.

Existing homes can remain connected to Dollison’s water system, according to the county, but commissioners are set to vote before construction is finished on whether to limit new customers to the county water system.

Dollison says he’ll continue serving his customers as long as possible and fight for the right to serve new customers too. His hope is to one day pass the torch of the small local water business, maintaining the legacy of A.L. Lewis, even after the community gets connected to the larger utility.

“I hope somebody will come behind me that feels the way I do,” Dollison says. “It’s not about the profit. It’s about what we did at the time.”