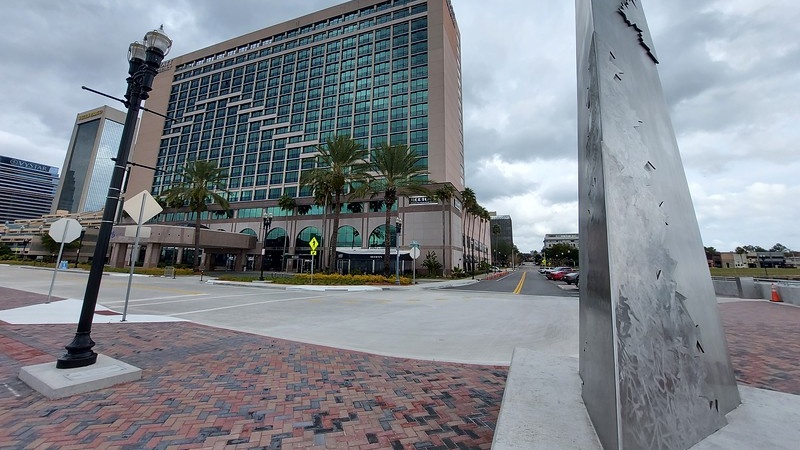 Opinion: 7 big projects that moved Downtown forward (and how they did it)

Downtown Jacksonville has its fair share of “gamechanger” developments that have failed to deliver, but when done right, major projects can help move the city center forward. Here’s a look at seven projects from the last 25 years that positively impacted Downtown Jacksonville – and why they’ve succeeded where others failed.

In 1993, Mayor Ed Austin proposed a $34 million renovation to the aging Civic Auditorium as part of his River City Renaissance program. The funding included a $3 million donation from The Florida Times-Union, and the facility was renamed in the newspaper’s honor (in perpetuity, despite claims otherwise by certain city officials with reading comprehension issues).

The Times-Union Center renovation is an example of investing in existing assets – the Civic Auditorium and the Jacksonville Symphony – and turning them into something truly top notch. When the venue reopened its doors in 1997, it transformed Jacksonville’s cultural sphere overnight. The old auditorium and recital hall made way for the vastly upgraded Moran and Terry Theaters, opening the door for theatrical productions, musicals, concerts, comedy shows and other events that previously had not come to Jacksonville. But the biggest update was the construction of the Jacoby Symphony Hall. One of the best concert halls in the Southeast, it is noted for its excellent acoustics and intimate, European-inspired shoebox design. Construction of the Jacoby gave the Jacksonville Symphony the distinction as the only orchestra in Florida with its own dedicated venue.

Proposed in 1998, the Adam’s Mark riverfront hotel was the first new hotel construction to come to the Downtown Northbank in many years. Supported by a $21 million incentives package from the city, the $126 million project gave Downtown Jacksonville a full-service hotel with 966 rooms, three restaurants, 116,000 square feet of centralized meeting space, a 28,000-square-foot ballroom, 41 meeting and breakout rooms and 21,000 square feet of riverfront deck space. When it opened in 2001, the hotel was an immediate shot in the arm for local businesses and events. It brings in hundreds of guests each week and hosts a variety of conferences, meetings and events; it was a factor in Jacksonville landing Super Bowl XXXIX in 2005. The hotel’s impact continued to be felt after its ownership changed in 2005 and it was rebranded as a Hyatt Regency.
But what truly makes the hotel impactful is its location. The Hyatt is centrally situated within a short stroll to the Riverwalk, restaurant and entertainment options in the Elbow district, the Laura Street corridor and formerly the Jacksonville Landing. It’s a prime example of a principle The Jaxson has long advocated: the “Three C’s“, or the clustering of complementing uses within a compact setting. By being clustered with other amenities, the Hyatt contributes to, and benefits from, pedestrian activity on the Northbank. And the more clustering takes place, the greater the impact, a fact that makes the Hyatt a prime candidate for expansion to resolve Jacksonville’s ongoing convention center woes.

121 Financial Ballpark is another example of building on existing assets to create something truly special – a grand slam, if you will. After it opened in 2003, the Jacksonville Suns (later the Jumbo Shrimp) saw their attendance jump, bringing thousands of fans to Downtown Jacksonville around 70 days a year. In 2020, the high quality of the stadium facilitated the Jumbo Shrimp’s advancement to Triple-A baseball, the top tier of the minor leagues.

Another benefit of both 121 Financial Ballpark and the Arena has been little covered. Built in the 1950s and 60s to car-focused designs, Wolfson Park and the old Coliseum had been situated amid a sea of surface parking around the football stadium. In contrast, the 21st-century facilities front A. Philip Randolph Boulevard, the historic main street of the area. This simple move has brought crowds to this long-neglected urban corridor, encouraging subsequent development like Intuition Ale Works and Manifest Distilling and helping reconnect the Stadium District to the Eastside neighborhood to the north.

Plans for the Northbank Riverwalk began back in the 1980s, when the Southbank Riverwalk was constructed under Mayor Jake Godbold. The initial segment was built in front of the Times-Union Center, providing access to the erstwhile Jacksonville Landing and Main Street Bridge, but owing to the complexity of coordinating easements and land purchases with the various private owners elsewhere on the riverfront, the plans stalled out.

In 1999, Mayor John Delaney resurrected the concept to bring the Northbank Riverwalk to life. The city began negotiating to create segments leading east all the way to the Fuller Warren Bridge in Riverside and west toward the Stadium District. Negotiations with the various landowners took several years and a considerable amount of coordination, but the cost was relatively modest – $8.7 million – for what became a two-mile showpiece and one of the most popular attractions in the Urban Core.

The Northbank Riverwalk is proof that a little vision and coordination can be transformative even without massive financial stakes. Allowing pedestrian access all the way from Riverside through most of the city center, and over the Acosta and Main Street Bridges to the Southbank, the Northbank Riverwalk has led to additional investment and new amenities, including in previously overlooked spaces. After years of planning, the weekly Riverside Arts Market opened in the space beneath the Fuller Warren Bridge in 2009, while Corkscrew Park created a new exercise area under the Acosta Bridge in 2018. More recently, the city has started construction on segments of the Emerald Trail that will ultimately link the Riverwalk into a much wider pedestrian network.

In 2006, the web publication Metro Jacksonville, a predecessor to The Jaxson, presented a plan to improve lighting, signage and pedestrian infrastructure along Laura Street to City Council Member Suzanne Jenkins’ Downtown Action Plan Committee. Laura Street was targeted as it connected the former Jacksonville Landing to Hemming Park and was home to a number of major employers and buildings prime for restoration. In 2007, the city included many of the ideas presented in its completed Downtown Action Plan, leading to an overhaul of Laura Street that wrapped up in 2011.

Improvements to Laura Street included better lighting, wayfinding signage and wider sidewalks with crosswalks to improve pedestrian access along the corridor. Additionally, the Downtown Investment Authority launched the Downtown Retail Enhancement Program and facade grants to help struggling businesses and property owners to bring life back to their buildings. Over time, Laura Street has become one of Downtown’s most popular walking routes and attracted a number of new businesses. While Laura Street is still a work in progress – the eviction of some 30 businesses thanks to the demolition of the Landing hasn’t done it any favors – the streetscape project was an unqualified success. Laura Street is an example of how street-level investment in an area ripe for the “Three C’s” can pay huge dividends and turn a once sleepy thoroughfare into a hub of activity and a model of smart planning. The successful reinvention of Laura Street led the American Planning Association to name it one of the Great Streets in America in 2015.

When homegrown success story VyStar announced it would relocate its headquarters to what’s now VyStar Tower in 2018, it demonstrated that local companies can play a major role in reviving Downtown even without substantial aid from the city. VyStar spent $59 million acquiring the tower and adjacent parking garage, and brought in 600 workers. Unlike previous corporate relocations to Downtown, VyStar did not seek taxpayer incentives for its move. As CEO Brian Wolfburg told The Florida Times-Union, “We thought it was time to take a different presence in the community, to put our name on the skyline and gain the visibility for the organization, as well as make a commitment to downtown Jacksonville.”

VyStar has continued to expand its Downtown campus as the company grows. In 2019 the company bought the seven-story tower at 100 W. Bay on the same block; the renovations included the new Bread & Board Restaurant and Provisions market on the ground floor and the Estrella Cocina rooftop restaurant, among other retail space. In 2021, VyStar took over a project to build a parking garage and retail spaces on Forsyth Street next to the long awaited Laura Street Trio. Another example of the power of the Three C’s, all these additions contribute to street-level activity in the Downtown Northbank, while also serving as a model for subsequent developers to follow in the current push to restore underused buildings.

One of the most significant advancements in Downtown Jacksonville in recent years has also been one of the quietest. In 2020, the Downtown Investment Authority under CEO Lori Boyer proposed an overhaul of the city’s incentives process for projects seeking to renovate historic buildings, defined as those at least 50 years of age. Previously, the process was complex; projects were capped at only $1 million, although this could be waived, meaning newer developers less adept at navigating through bureaucratic hoops were at a disadvantage. As proposed by the DIA and approved by City Council, the rewrite removed that cap, increased the amount of money available for adaptive reuse projects, introduced new safeguards and streamlined the process to approve or reject applicants.
The DIA’s rewrite was important in several ways. Not only did it make the vetting process more streamlined and fair, it leaned into a fact that has escaped Jacksonville leadership for far too long: Most new developments in Downtown Jacksonville are renovations of already existing buildings, not new construction. The effect of this simple update was immediate. Since it passed, Downtown Jacksonville has seen an explosion of new projects adapting and renovating the city’s many abandoned and underused buildings. With more than a dozen adaptive reuse projects now moving forward within three blocks of James Weldon Johnson Park and more announced by the month, Jacksonville is experiencing a burgeoning Northbank Renaissance for the first time in years. 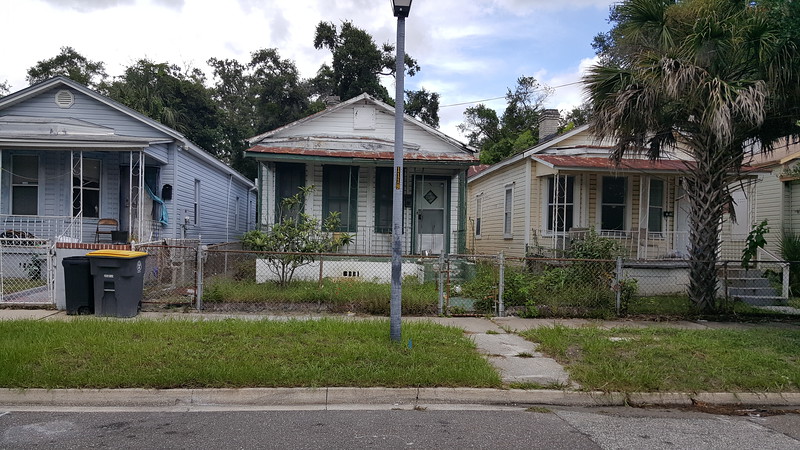 The Jaxson The Jaxson: 6 Gullah Geechee communities in Jax

Who are the Gullah Geechee? The Gullah Geechee people are the descendants of Central and West Africans who have traditionally lived along the coasts of southeastern North Carolina, South Carolina, Georgia and Northeast Florida. The African presence in Northeast Florida dates as far back as the 16th century, well before the 1607 founding of the British colonies, and included people ...
END_OF_DOCUMENT_TOKEN_TO_BE_REPLACED
Read More