Opinion: Congress should get out of the marijuana business 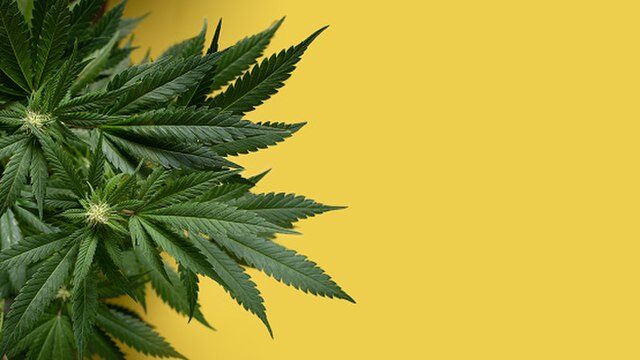 When Ron DeSantis was in Congress, he wasn’t a big fan of the institution. He criticized its ineptitude while he was there and has consistently bashed it since being elected governor of Florida.

The governor isn’t alone. A recent poll found that over 80% of Americans disapprove of Congress’ performance, putting it in the neighborhood of lice and traffic jams when it comes to overall approval ratings.

So what does Congress do, or not do, that causes such unpopularity?

Consider Congress’ handling of the issue of marijuana.

Since 1970, Congress has classified marijuana as a Schedule 1 controlled substance. This means that marijuana is deemed to have a “high potential for abuse,” it “has no currently accepted medical treatment use” and it “has a lack of accepted safety for use under medical supervision.” As a Schedule 1 substance, marijuana is considered by Congress to be amongst the most dangerous of dangerous drugs in America, on par with heroin, LSD and ecstasy.

Of course, because the vast majority of Americans live in the real world and possess a modicum of common sense, we understand how ludicrous it is to designate marijuana as Schedule 1. Polling shows that around 90% of Americans believe medical marijuana should be legal, and around 65% support legal recreational marijuana. Forty-four of 50 states now have laws legalizing marijuana for either recreational or medical use.

In 2014, while in the Florida Senate, I sponsored the first successful medical marijuana bill in Florida. My district was one of the most conservative Republican districts in the state. After being told by more than one expert that my political career was over, I was re-elected to a four-year term, without opposition, in 2016.

Marijuana isn’t a Democratic or Republican issue anymore. In a world where the political parties can’t agree on what time of day it is, this issue represents as close to a bipartisan consensus as one can get.

Also by Rob Bradley: Floridians want control of their life back

Yet Congress doesn’t act, thrusting millions of Americans and thousands of businesses into a strange world of complicated banking relationships, crushing tax liabilities and the constant danger of criminal exposure.

In a recent U.S. Supreme Court opinion dealing with the oppressive tax treatment of marijuana businesses, Justice Clarence Thomas expressed frustration, writing that “the federal government’s current approach is a half-in, half-out regime that simultaneously tolerates and forbids local use of marijuana.” Thomas suggested the Supreme Court’s ruling in 2005 upholding federal laws making marijuana possession illegal may now be out of date. Considering the deference a conservative jurist like Thomas typically shows to the legislative branch, this is an extraordinary indictment of the current state of affairs.

Justice Thomas sees what we see. Treating heroin and marijuana the same under federal law makes no sense.

The solution is simple. Congress should get out of the marijuana business. The states, the great “laboratories of democracy” in our federalist system of government, are responding to the will of the people and crafting marijuana systems that work for their residents.

Of course, state marijuana regulation in Florida looks different than it does in Colorado. In Florida, we have a tightly regulated medical marijuana market that avoids pot shops on every street corner. In Colorado, there is recreational marijuana everywhere. That’s OK. Florida and Colorado are different.

If Congress wants to regain the trust of the American people, they should start by getting out of the way of the states on marijuana policy.