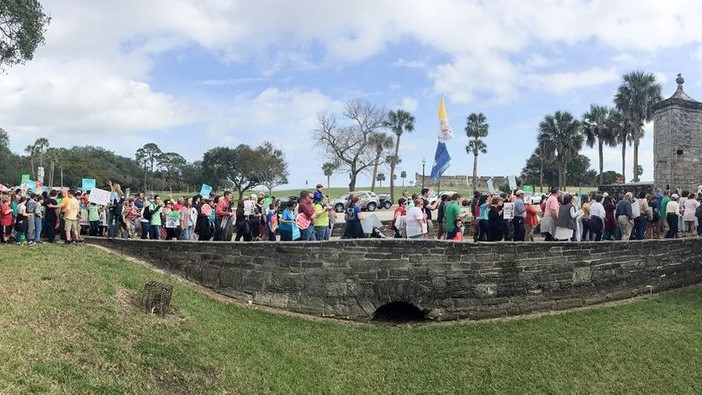 Anti-abortion advocates from Florida and Georgia will assemble Jan. 13 and 14 in St. Augustine for the 17th annual March for Life to protest abortions.

With the U.S. Supreme Court’s overturning of Roe v. Wade in June, this is the last time the Catholic Diocese of St. Augustine’s movement will march locally, as events move to Tallahassee in 2024.

The theme for the event is “We choose to love them both!” About 3,000 people are expected at the march, diocesan Human Life and Dignity Office Director May Oliver said.

“We have all denominations coming. It’s not just a Catholic event,” Oliver said. “We’re going to celebrate the end of Roe v. Wade in a spirit of gratitude and brainstorm about all the things that need to be done and how we’re going to do it.”

March for Life events begin with workshops Jan. 13 at the National Shrine of Our Lady of La Leche at 101 San Marco Ave. Those include a college leadership workshop at 2 p.m. with Students for Life of America regional coordinator Andy Secola and Pam Stenzel, regional clinic director for community pregnancy clinics in Central and Southwest Florida. Mass will be celebrated at 6 p.m., followed by the rosary and a concert at 7:30 p.m.

Bishop Erik Pohlmeier will celebrate an outdoor Mass at 9 a.m. Jan. 14 at the shrine, followed by the March for Life at 10:30 a.m. from there to the Plaza de la Constitución outside the Cathedral Basilica at 38 Cathedral Place. Guest speakers will make presentations starting at 11:30 a.m. in the plaza. Those include obstetrician-gynecologist Jason Phillips and Melissa Coles, the birth mother of the documentary “I Lived on Parker Avenue,” and the recently released “Lifemark ” movie and book.

Now that the court overturned legalized abortion in June, Catholic leaders are encouraging states to move their events to their capitals and legislative bodies, Oliver said.

“That doesn’t mean we won’t be doing rallies or other events in St. Augustine in years to come,” Oliver said. “The march will no longer be timed to coincide with the anniversary of Roe v. Wade but will be linked to legislative events.”

Additional information can be found at marchforlifestaugustine.com. 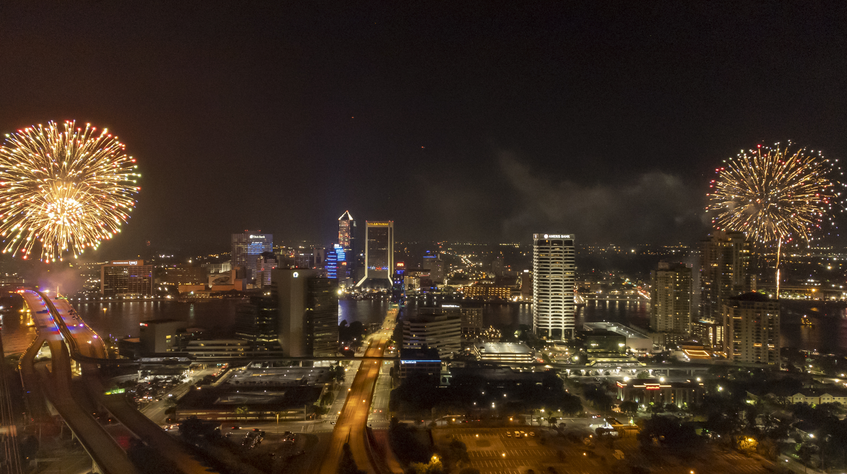 News Duval surpasses 1 million population. Why does it matter?

With more than 1 million people, Duval County can attract more retailers and businesses, but the milestone raises challenges for managing growth. Read More