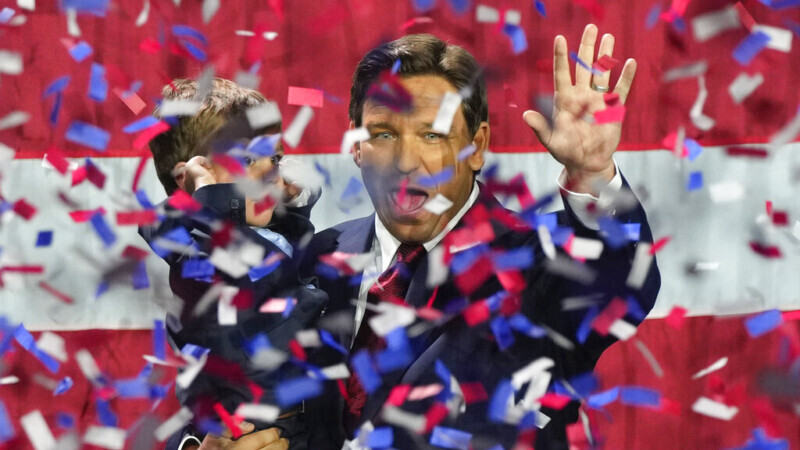 That’s the word that’s been slung like dice since campaigning began for the 2022 midterm elections. Entire narratives were built around the word to justify politically expedient policies that reopened counties, cities and classrooms from COVID-19 closures. Careers were made by silencing dissent, limiting choice, supporting revisionist history and amplifying bigotry, hatred, violence and harm toward difference — race, sex and gender — and calling it freedom.

But we’ve known since 1775 that freedom is never free. When Patrick Henry first shouted the impassioned phrase, “Give me liberty, or give me death” — which has been historicized and used to aggrandize the American myth — he did so while thousands lived in literal bondage and sang hymns of hope for the peace and freedom promised in eternal rest.

The “freedom” that Gov. Ron DeSantis mounted to easily slide into a second gubernatorial term did not come without costs (How many Floridians died because of the state’s loose COVID policies?) Be it the trans girl whose medical care was equated to abuse, or birthing people whose access and choice are limited in deciding whether to start a family, these are the tolls of purporting freedom when you have not an iota of an idea of what the word actually means.

Yet “freedom” will continue to be espoused as the momentum from 2022 propels the presidential passions of contenders for 2024: most notably, the governor and the twice-impeached, under-multiple-investigations former president who incited a riot in an attempted coup all because he didn’t know how to lose. While the red wave that was supposed to overtake the country and result in a trouncing of the Democratic Party did not happen at national scale, it did in Florida.

And what have we been left with?

The arrogance of a head of state who prefers picking fights with school districts over supporting educators to teach truth no matter how ugly, disheartening or dehumanizing. And a petulant former president who can’t see past his own bitterness to realize he doesn’t have the range to box with Ron.

On the world stage, “freedom” is the beacon that still calls, as Emma Lazarus wrote in 1883, to the tired, the poor and the huddled masses. The iconography and imagery of classic Americana (golden torches and waving flags) have done the work of a spin doctor, public relations specialist and communications strategist for more than 200 years. Our freedoms of speech and religion, of autonomy and democracy, of innocent until proven guilty, of right to representation and more are hailed and heralded, while the fights, wars, debates, debacles and deaths that it took to achieve those freedoms are hidden from the mainstream; tucked in books, some of them history, which may be banned to even our own citizens.

We have no more guarantee of freedom now in 2022 than we did in 1968, or 1865, or 1776 or 1619. Freedom was not given. It was taken. It has been hard fought, many times to the death in war, across bridges, on buses, in bombed-out basements of churches, and in bars and clubs that served as sanctuaries. The road toward freedom is covered in blood, littered with broken bones and shrouded with the dismantled dignity of those who would, and sometimes did, choose death over the mirage of false freedom.

And yet this is the principle both DeSantis and Donald Trump have chosen to build their glass houses of presidential hopefulness upon while holding smooth stones.

One shot. One rock. And it falls. 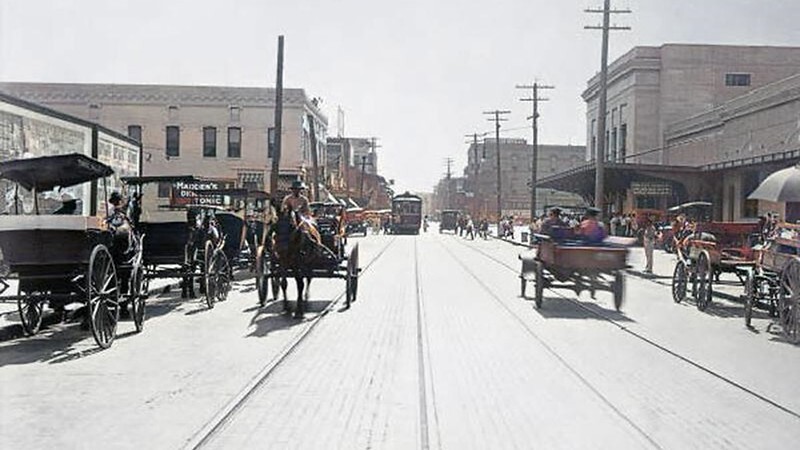 Between 1890 and 1920, more than 20 million immigrants arrived in the United States. Many found Jacksonville’s LaVilla neighborhood as a destination to pursue the American dream, as the district was home to the largest passenger railroad station south of Washington, D.C. Sandwiched between the city’s major railroad depots and the riverfront, West Bay Street emerged as a place where ...
END_OF_DOCUMENT_TOKEN_TO_BE_REPLACED
Read More