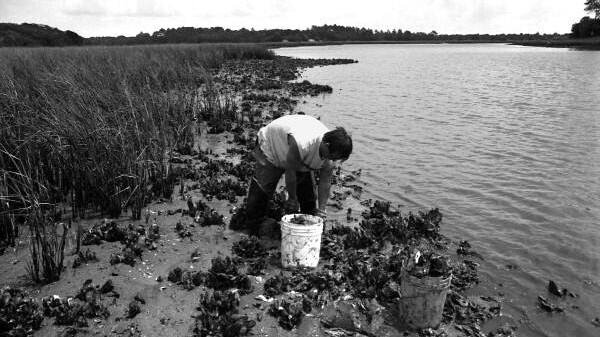 Oysters have been a staple of First Coast diets for thousands of years, although local oyster harvesting ceased in 1994 due to pollution. The rise of new oyster houses in San Marco and the Downtown Southbank shows that interest in this savory bivalve delicacy hasn’t waned — could it help spark a long-awaited rebirth of the Jacksonville oyster industry?

Oysters are everywhere in Jacksonville and the First Coast. The slimy filter-feeders have always played a key role in our ecosystem, with each one able to cleanse 50 gallons of water a day of impurities, and for thousands of years they were an abundant food staple for those living in the region. The Mocama Timucua living around the St. Johns River mouth and nearby waterways made heavy use of the mollusks, as the vast shell middens they built up with discarded shells attest. In the 19th and 20th centuries, oysters were a cheap, prolific and comparatively easy-to-harvest food source, and oyster houses and seafood shacks could be found all across the waterfront and throughout the city’s neighborhoods.

Though dwarfed by the output of Apalachicola Bay in the Florida Panhandle, oystering was a significant industry in the Jacksonville and St. Augustine areas. One local company that made oyster harvesting a big business was the Anderson Fish & Oyster Co. Founder Charles H. Anderson, an Eastside native, began by selling oysters and fish on a street corner in 1902 and grew into a large supplier of fresh local seafood. His company was so successful that Anderson cofounded the Anderson Tucker & Co. bank in 1914 to encourage growth of more Black-owned businesses.

Oystering declined in Jacksonville and other parts of Florida in the late 20th century due to rising pollution and development pressures that disrupted oyster beds, while some harvesting remained around Fort George Island and the Talbot Islands in Jacksonville and the St. Augustine Inlet. In 1994, a barge broke free of its mooring and collided into Jacksonville’s last remaining oyster beds, damaging equipment used to monitor levels of dangerous bacteria in the water. The state never replaced the equipment, so the beds have remained closed. Oystering continued in St. Augustine, which by 2016 was Florida’s second-largest oyster harvesting region after Apalachicola Bay. However, continued closure of beds, including the shuttering of Apalachicola Bay for oystering in 2020, has made Florida oysters hard to come by in a state where they were once plentiful.

Since 2010, local interests have lobbied the state to finally replace the water-monitoring equipment and reopen Jacksonville’s oyster beds. Tests of water quality have shown continued improvements in bacteria levels, and shellfish are thriving throughout the area. Additionally, Jacksonville is seeing a burgeoning comeback of oyster bars. Hopefully, this interest from fishermen and shellfish-hungry consumers alike will lead to action from the state and bring back a delicacy coveted by First Coast residents for millennia.

In the meantime, recognizing the popularity of this longtime culinary staple of the First Coast, here’s a look at three oyster bar concepts that have recently opened or intend to open near Downtown in San Marco and the Southbank.

Gemma Fish + Oyster is a new fresh-seafood concept that will open at the new Shoppes at East San Marco shopping center in San Marco. Owned by husband-and-wife duo Mike and Brittany Cooney, who also own Ember & Iron in St. Johns County, the 6,500-square-foot restaurant will include a rooftop seating area.

“While we knew there was a need for an oyster bar in the area, we wanted to make sure Gemma appealed to a variety of tastes, so there will be plenty of options outside of the six to eight types of oysters we’ll offer daily, including things like steaks and pork chops,” said Brittany Cooney in a press release. Gemma Fish + Oyster is targeting an opening date of spring 2023.

Sam and Kiley Efron, the owners of San Marco Square’s popular Taverna restaurant, plan to expand with the opening of a raw bar seafood concept next door. With recipes influenced by Asian, Latin, American and Mediterranean cuisines, the 78-seat Taverna Oceana restaurant will serve fresh fish and shellfish and will have an oyster and champagne bar where diners can watch their meal be prepared. Connected to Taverna with an open passageway, the Taverna Oceana oyster bar and restaurant plans to open in early 2023.

Karen Belloit Thomas and John Nagy, the owners of Eleven South and 3 Palms Grille at the Beaches, are preparing to open City Grille & Raw Bar on the Downtown Southbank in the space formerly occupied by the Wine Cellar restaurant. Seeking to create a city-oriented environment that will be trendy but with an old-school feel, the owners intend to offer fresh oysters from the U.S. East and West Coasts, along with a wide variety of seasonal menu items ranging from ceviche to dry-aged steaks. With an investment topping $1 million, the 155-seat City Grille & Raw Bar will open this fall. 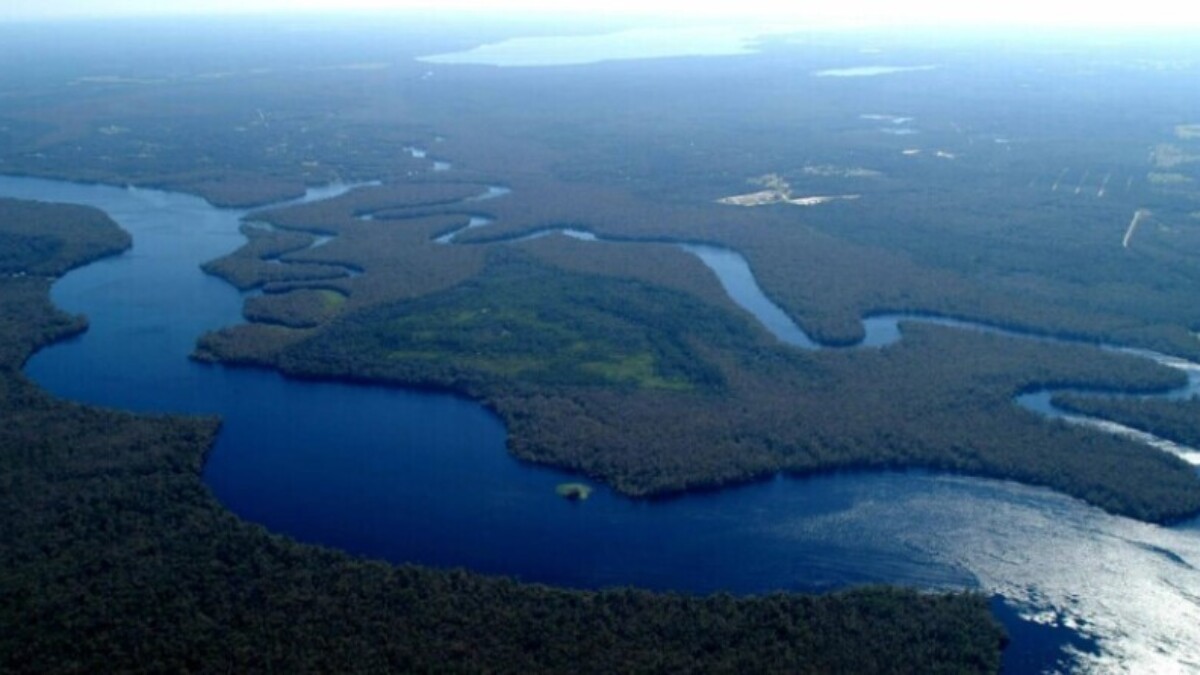 Perspectives Opinion: Why are we giving our water away?

For the most part, Duval County dodged a bullet with Hurricane Ian. Many prayers go out to our fellow Floridians all over the state, most significantly those in the Ft. Myers area, as they struggle to put shattered lives back together. Many prayers also go out to those who lost their lives and those with family members or friends who ...
END_OF_DOCUMENT_TOKEN_TO_BE_REPLACED
Read More