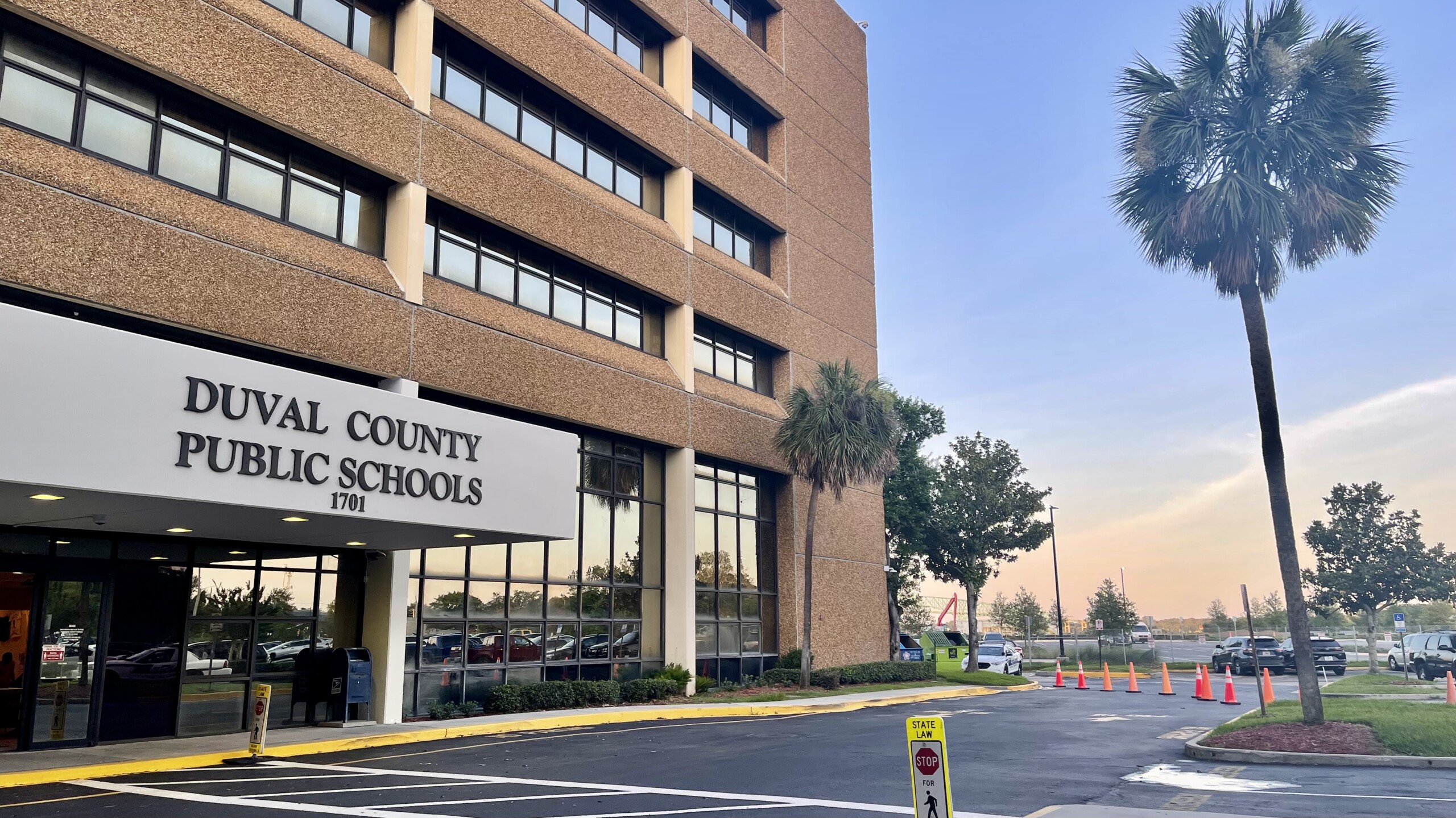 The Duval County School Board is asking property owners to pitch in more for public schools. All Duval voters are eligible to cast a ballot in the August referendum.

What’s on the ballot

The ballot asks voters to tick yes or no on whether the school district should “levy an ad valorem operating millage of 1 mill annually to attract and retain high-quality teachers and staff through additional compensation, enhance art, music and athletic programs, and provide proportionate funding for charter schools.”

The Duval school district already collects the state-mandated property tax rate for schools. The referendum would add an additional local tax. If most voters say yes, the district estimates the tax increase would bring in about an extra $81 million a year for four years.

About 20 school districts — including the other largest districts in the state — have successfully lobbied for local property tax bumps. Hillsborough and Pasco counties are voting on similar measures this fall.

How Duval schools are funded

Florida school districts get money from the federal government, state government and local taxes. The local contribution is mostly from property taxes, and some districts collect a half cent sales tax for infrastructure projects, like Duval recently started to. Districts’ local property tax rates are largely determined by the Florida Legislature. The largest share of funds is called the Required Local Effort (RLE), and that varies by district, based on property values.

For Duval County, the Legislature has set that rate at 3.24 mills for this upcoming school year (that’s equal to $3.24 for every $1,000 of taxable property value). It’s a drop from last year, when it was 3.56 mills. The Florida Legislature has reduced the RLE rate every year the past decade. Lawmakers say the rollbacks are to offset rising property values.

In addition to the RLE, the district can add capital and discretionary taxes. The state sets a cap, and the school board approves those rates without a public vote. Like almost all Florida school districts, Duval already collects the maximum rates allowed under state law for both of those pots of money.

School districts have a fourth property tax option under state law, an additional millage rate, but it has to be approved by voters. That’s where the August referendum comes in.

What 1 mill would cost you

For the upcoming school year, Duval Schools’ millage rate is set for 5.48. That includes the RLE, capital rate and discretionary rate, and it amounts to $5.48 for every $1,000 of taxable property value.

A 1 mill increase, pending voter approval, would add one additional dollar per $1,000 of taxable property value starting in January. For the city’s average homeowner, whose house is worth about $300,000, the current school tax bill is about $1,500, after the state’s $25,000 homestead exemption. An additional mill would increase that by $275 to $1,775, or about $20 a month more, if the referendum passes.

An “ad valorem” tax affects property owners, not renters directly, but some landlords say they may increase rents to cover the difference.

Where the extra money would go

The proposed property hike would go toward increasing teacher pay and funding athletics and arts programs, including upgrading equipment and uniforms. Superintendent Greene says a primary goal is to retain veteran teachers, who are sometimes making the same as new hires, even after a dozen years of experience.

“We are losing our veteran teachers,” Greene says. “We are losing the teachers who have the most experience to impact student achievement. When we look at Duval ranked across the state, we are ranked 58 out of 69 for average teacher experience.”

District spokesperson Tracy Pierce said on WJCT News 89.9’s First Coast Connect with Melissa Ross that teacher salary increases would be in the ballpark of $5,000 and up, depending on negotiations with the district’s teachers’ union.

The funds could be used for increasing salaries of anyone employed by the school district, except board members, the superintendent or executive staff. Most janitorial, food service and bus drivers are contractors, according to a district spokesperson, and the proposal does not include increasing contractor pay.

District administrators and all but one School Board member are supporting the proposal. The school district’s effort to promote the increase includes this website with teacher interviews.

The district’s teachers’ union, Duval Teachers United, as well as the Cathedral Arts Project and the Jacksonville Public Education Fund are also backing the tax increase.

JPEF says the extra money could help prevent teacher turnover. “Teacher attrition can create inequities for students most in need of support and exacerbate gaps in opportunity these students already experience,” the organization wrote to Jacksonville Today.

In March, School Board members voted 6 to 1 to put the property tax increase on the August ballot. Charlotte Joyce was the sole no vote, calling on the district to reallocate funds from elsewhere in the budget instead to increase teacher pay. Joyce said she’s also skeptical the increased pay will improve retention.

“There are things that we can talk about as a board that’s innovative, but I think throwing money on top – that’s not actually going to get to the root of this problem,” Joyce said.

During an administrative City Council vote on the measure last spring, five Republican council members also opposed putting the referendum on the ballot. But the city’s general counsel advised that the City Council did not have legal authority to stop the referendum after the School Board had requested it. 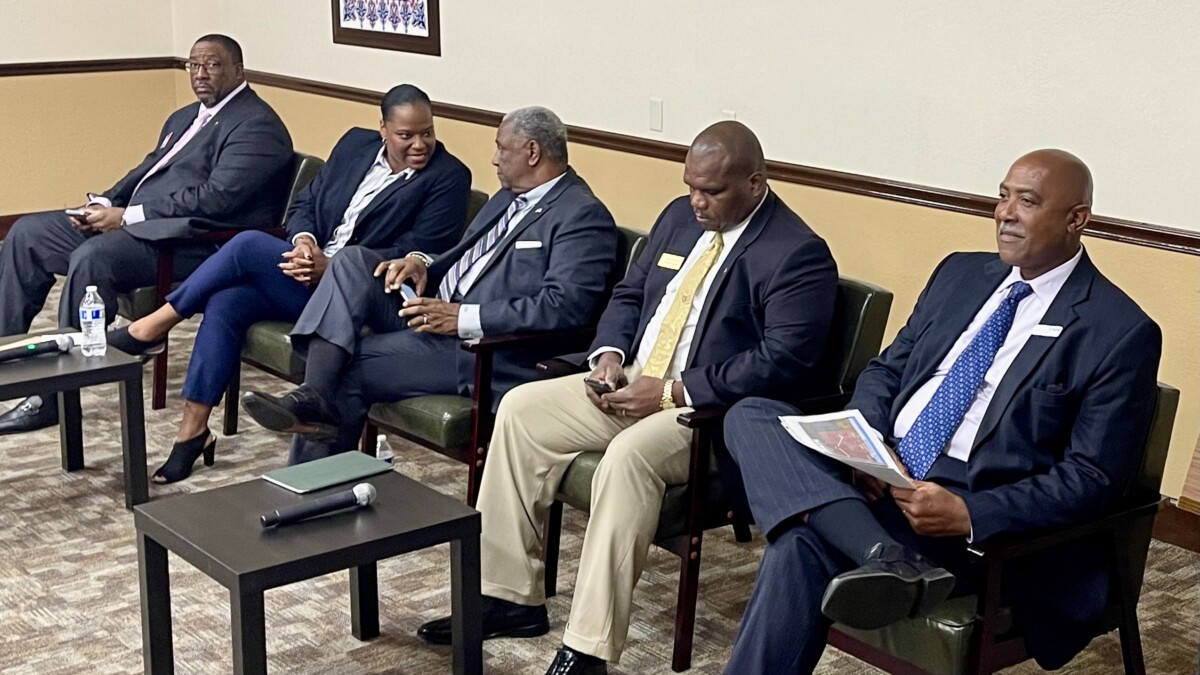 Five candidates – four Democrats and one Republican – are vying to fill the Jacksonville sheriff’s seat, following Mike Williams’ resignation earlier this summer. All Duval voters can vote in the August sheriff’s race, regardless of party affiliation. Meet the candidates  Candidates are in alphabetical order; photos and answers are from the first public forum with all five candidates, sponsored ...
END_OF_DOCUMENT_TOKEN_TO_BE_REPLACED
Read More