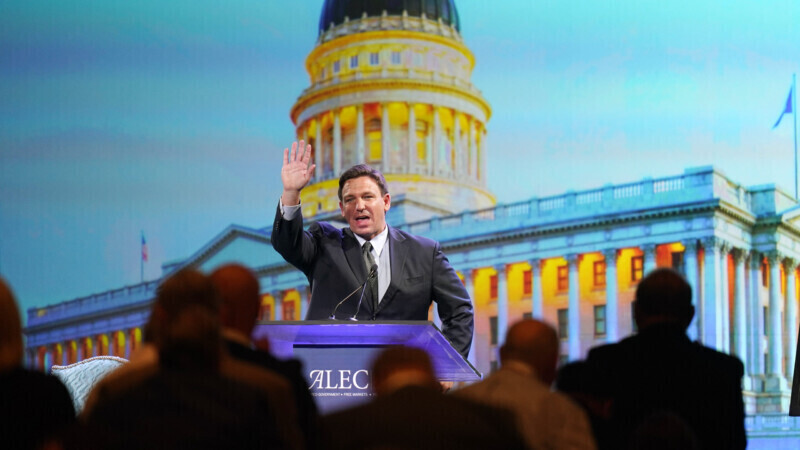 Two months ago in this column, I predicted that Gov. Ron DeSantis’ veto list for this year’s state budget would be a “Red Wedding” — a reference to the Game of Thrones scene where several key characters in the same family were killed.

Apparently, I underestimated the extent of the pending damage.

DeSantis wrecked the work of the Legislature, vetoing basically all of the Senate and House leadership’s top appropriations priorities.

To put it all in perspective, the $3.1 billion in vetoes was more than three times the amount of the previous veto record of $1 billion. Of course, the $1 billion was done by DeSantis in 2020 at the beginning of the pandemic, when the economy was teetering on the verge of collapse and the state needed to stockpile reserves to pay for basic services. Back then, everyone understood that drastic times called for drastic measures.

This was different. Today, the state is flush with cash, holding a mind-numbing $20 billion in reserves, thanks to a booming state economy and an influx of stimulus money from the federal government.

So what happened? To begin with, the Legislature submitted a final budget to DeSantis of $112.1 billion, which was $12 billion more than the budget DeSantis had proposed. There was just too much of a gap between what DeSantis asked for and the Legislature produced. Historic cuts were inevitable.

DeSantis has long championed addressing toxic discharges from Lake Okeechobee and Everglades restoration through the funding of water storage south of the lake. The Legislature, particularly some members of the current Senate leadership team, favors water storage north of the lake. Not surprisingly, DeSantis vetoed $350 million earmarked for northern storage.

On the Department of Corrections, the Legislature championed a comprehensive overhaul of current facilities, appropriating almost $850 million for a new prison and new prison hospital. This would likely result in the closure of several existing facilities across the state. DeSantis has never advocated for such a major restructuring. The $850 million was vetoed.

The Tampa Bay Rays wanted the state to build a $35 million spring training facility for them. The Legislature agreed. The governor doesn’t want to subsidize pro sports teams. Another $35 million cut.

A billion dollars for an “inflation fund” to cover cost overruns on state projects was vetoed because DeSantis thought the fund “could exacerbate inflation by promising more public sector funds to pay for more supplies of materials, while also competing with other projects throughout the state.”

It adds up quick.

The message sent to future legislative bodies is clear: If DeSantis is reelected, future funding for any large expenditures will not be approved without some level of buy-in from the governor.