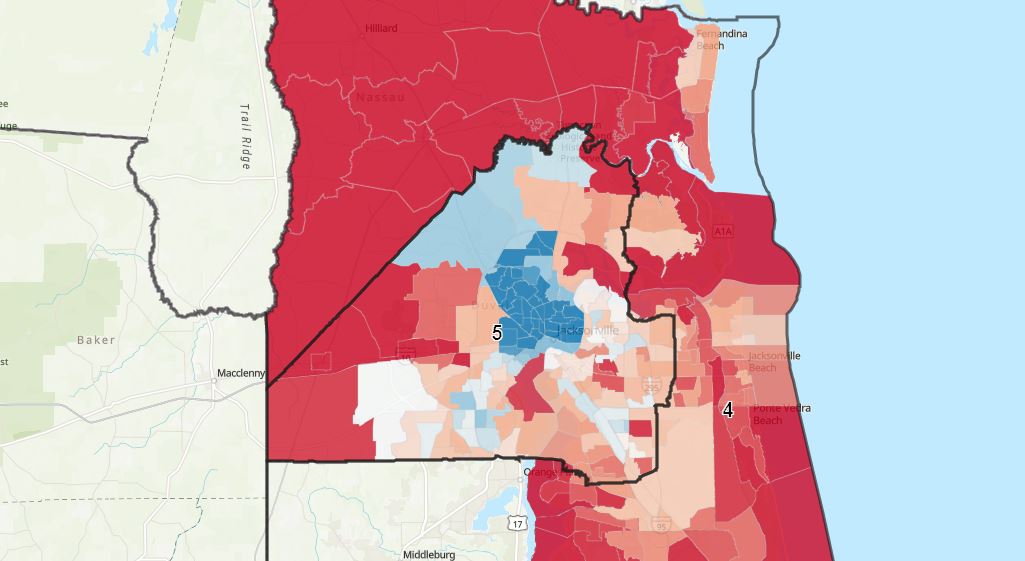 Republicans narrowly flipped the U.S. House this election cycle, gaining four seats in Florida  — including one in the newly drawn District 4, which covers part of Jacksonville. A Jacksonville Today analysis of voting data show District 4’s predecessor, the former District 5, would have been a close race with a possible Democratic win if Gov. Ron DeSantis hadn’t vetoed the state Legislature’s congressional redistricting to push through his office’s version.

Editor’s note: The Clay County Supervisor of Elections has not released precinct-level election results. This map will be updated when they become available.

How Florida got here

Before the midterms, 16 Republicans and 11 Democrats made up Florida’s U.S. House delegation. After this month’s election – using maps drawn by DeSantis’ office – 20 Republicans and eight Democrats will represent Florida in the House. Florida also has one extra seat this year from population growth marked in the 2020 Census.

During this year’s legislative session, the state Senate approved a new congressional map that kept the status quo of the state’s court-drawn maps (after the Florida Supreme Court ruled the Legislature’s post-2010 Census maps were unconstitutional gerrymanders). The proposed map favored Republicans, election experts say, but not to the extent that DeSantis’ maps later would.

DeSantis vetoed the map, publicly calling the Black-majority District 5 unconstitutional – drawn entirely in Duval county in their proposal. Public records obtained by ProPublica show DeSantis’ team had been working with a GOP law firm to develop more Republican-favoring maps before the Legislature submitted maps for his approval. He called the Legislature back for a special session to push through maps from his office.

In a federal lawsuit, voting-rights groups say DeSantis’ map “was adopted, at least in part, for the purpose of disadvantaging Black voters.” The lawsuit is ongoing, and the Florida Supreme Court declined to intervene and block the maps from taking effect this election after a lower court ruled in the voting rights groups’ favor.

There was no general election in District 5; John Rutherford (R) didn’t have a Democratic challenger.

Update: Additional context about how Jacksonville Today conducted its analysis and external data analyses was added to this report.

Hina Shaikh, director of the University of Florida Data Justice Lab and professor in the Department of Gender, Sexuality and Women’s Studies, contributed to this report. 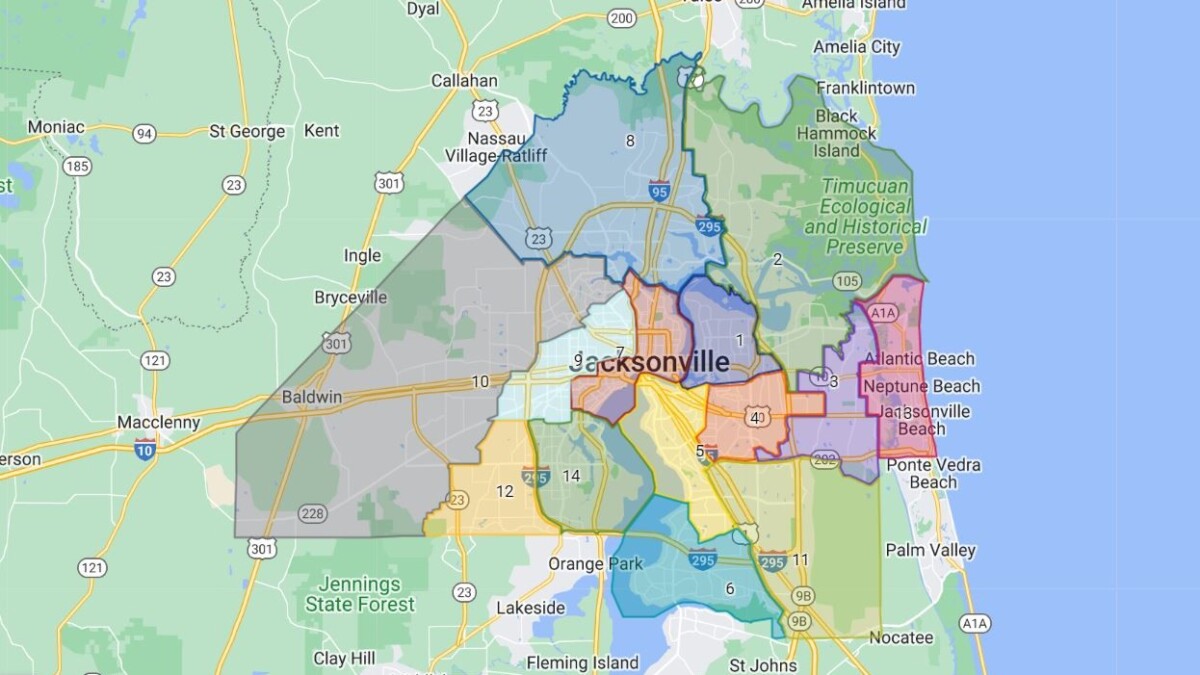